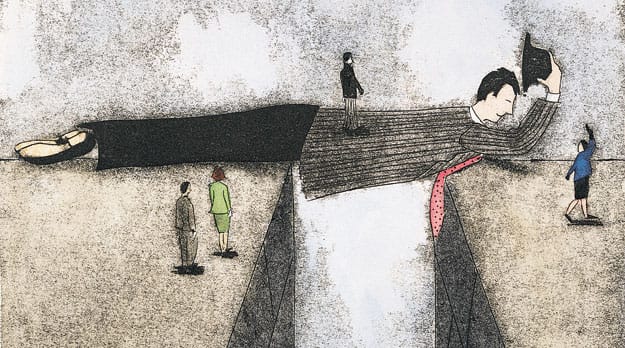 When the going gets tough, the tough get going.

“We have people calling us every day because they lost their jobs and then their homes,” says Darla Burkett, executive director of the Coachella Valley Rescue Mission.

Riverside County’s 15 percent unemployment rate has stressed the mission’s capacity to the point that even the kitchen and chapel are used as shelters. Demand for its services has increased 45 percent over the last year, ballooning expenses while funding sources diminish. The mission’s staff has stepped up efforts to gain the attention of community members in a position to help.

The mission sends monthly appeals for donations, organizes as many fundraising events as possible, and turns to local media to raise awareness. “We take donations online and have donation boxes in local businesses where people can drop off canned goods or toiletries that we can give out, which helps us greatly with our expenses,” Burkett says.

As the size of donations shrinks, the number of donations must grow. When speaking with past donors and potential donors, Lisa Houston, CEO and president of Food in Need of Distribution, focuses on their supporting F.I.N.D. as an investment in their community.

“We are reaching out to a large percentage of the population that don’t see themselves as donors and explaining how much of a difference a dollar truly makes,” she says. “There is not a city in the valley that doesn’t have a population we are serving.”

In August, Martha’s Village & Kitchen issued a press release urging the media to spread the word of the needs the organization is trying to fill. Demand for monthly emergency food distribution has increased more than 30 percent over last year. The number of people attending the organization’s free public lunch also has increased 30 percent. “In our history, this is an unprecedented jump in demand,” says Blair Amidei, director of development. The effort to meet those demands has prompted Martha’s Village to reach out more to its existing contributors.

“We have a very focused pool of core donors passionate about our mission,” Amidei says. “They are loyal to us, yet some have not come out to visit our facility. We have been inviting people to come out and see what we are doing. It enables us to build stronger relationships and partnerships with our donors.”

Despite the popularity of its annual Steve Chase Humanitarian Awards fundraising gala, Desert AIDS Project is seeing a drop in individual giving. Moreover, state and federal funding to the organization has been slashed. “We are trying to diversify our revenue streams as much as possible with our Revivals stores and the types of fundraisers and ticket prices we have,” CEO David Brinkman says.

“It really is all about providing food, clothing, and shelter when it comes to donors and their gifts these days,” says Betty Barker, philanthropist and co-founder and chairman of Children’s Discovery Museum of the Desert. According to Barker, the museum also has experienced the belt-tightening environment while trying to raise money for its expansion. “It was just much more difficult to raise money in this environment than we’ve encountered in our fundraising efforts before,” she says.

“Larger donations have lessened,” says Lee Vanderbeck, executive director of the children’s museum. Like other venues, it has cut operational expenses. “We have had to reduce staff numbers and in some cases reduce program offerings, especially those that were offered for free. That’s a significant loss to children around the valley. Many can’t come to the museum unless it’s a free event
or program.”

Barker maintains her personal level of philanthropy. “I have not changed my giving because I have a portion of money that I have set aside for giving,” she says. “Fortunately, I haven’t made adjustments from that source. It’s earmarked for that. I have made changes in other parts of my life. My giving continues to focus on the needs of the community and always will as long as I am able to do it.”

Meanwhile, all charitable organizations continue to cut corners and try to avoid cutting essential services. They have to rely less on large donors while growing
the community’s awareness that small donations make a big difference.