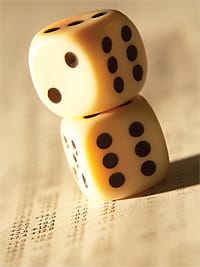 Simply say the words “initial public offering” and the investing public sees dollar signs. IPOs made many mega-millionaires during the last technology bubble.

Even in today’s tumultuous market climate, IPOs proliferate. Estimates for total IPOs in 2007 rang in at 212, up 27 percent from 2006, according to Julia Plotts, assistant professor of clinical finance and business economics at USC’s Marshall School of Business.

Although it was a record year, all is not golden. In recent months, trading activity weakened. Seven companies pulled IPOs in November, citing poor market conditions (accounting for 40 percent of all withdrawals last year). Of the IPOs launched in October and November, 59 percent traded below their offering price at the beginning of December.

Plotts remains optimistic. “It’s not like 1998 when people made huge profits on companies who didn’t even have revenues,” she says. “Today it’s about management, business plans, and do they have something special to offer or a near-term competitive advantage. Unlike the ’90s, it’s the fundamentals that matter.”

The get-rich-quick lure of IPOs fosters less-than-scrupulous brokers pitching them like snake oil salesman. Most IPOs do come to market with a serious hype factor. In reality, hawking an IPO isn’t all that different from selling a car. Like automobile salesmen, brokers give you all the reasons why you should buy a stock.

How to tell the good from the bad and recognize the pumps and dumps is key to playing the IPO game. Think of it as going to Vegas and rolling the dice. To increase your odds, there are some back-to-basic rules to follow.

“It all comes down to the caliber and quality of underwriters, the early-stage investors, and having confidence in the management team,” says Haddon Libby, a partner with Zurich Capital LLC. “Then you make your decision based on the financials and your belief on their view of the future. Always go into an IPO with caution. There are still great opportunities out there, but assume the majority don’t work.” In the thousands of IPOs, maybe there are a few gems that net investors those 800 percent returns, Libby observes.

Industry experts like Plotts point to red flags for companies in hot industries such as oil, gas, and technology ventures. Also beware of companies going offshore to make money. They warrant extra due diligence. Where are they going and why? Where is the broker/dealer based who’s hawking the IPO? Firms in New Jersey and South Florida cities like Ft. Lauderdale and Boca Raton have garnered reputations as sleazy IPO hotbeds.

Reviewing the integrity of the management team and board of directors is a must. Also check the history of the underwriters. What’s their track record? How long have they been working with IPOs? What’s the mortality rate of past deals? Go to www.sec.gov/investor/brokers.htm to check out investment advisors, brokers, and individual firms to see if there are regulatory actions filed against them.

Palm Springs-based Canyon National Bank is an example of an IPO done correctly. “We had eight original board members whose initial investment was $100,000 each,” says Stephen Hoffman, founding president and CEO. “Today each stake is worth about $500,000.” Over the past decade, Canyon National has grown with the Coachella Valley. It has four offices and more than $280 million in assets. It’s got a market cap of $50 million, up from an original $8 million.

“Our timing was perfect for a banking IPO, and our investors did well because we started with banking professionals who had all worked together previously and were committed to filling a market niche as a community bank,” Hoffmann says. He advises IPO investors to make sure the organizers are all investing at the same price and that no one gets any special deals that could erode future shareholder value.

Chet Paulson, chairman of Portlandbased Paulson Capital Corp., has been in investment banking for more than three decades. “For small deals, you need to be assured you can assume the inherent risk in buying those shares,” he says. “There is a lot of excitement with young companies, and you have to separate that from the reality. The truth is many young companies just don’t make it.”

No matter the hype, you have to realize that you’re buying a piece of a new business; and you have to determine if that business is plausible in today’s market. Review the balance sheet. For what are the proceeds of the IPO slated? How capable is management of running the company to success?

These days, Paulson likes green businesses. Though he’s quick to point out that just because a company is in the right area doesn’t guarantee success. If a broker is hawking a solar-energy company, make sure the fundamentals are solidly in place. That’s how you can increase the odds for successful IPO investing in 2008.