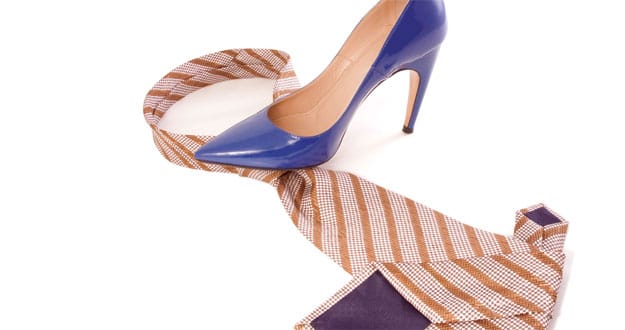 Money management intimidates even the most successful women, says Susan Hirshman, author of Does This Make My Assets Look Fat? (St. Martin’s Press, 2010). According to the managing director at JP Morgan in New York, single women making six-figure incomes worry they will wind up alone without enough money to take care of themselves.

“Generally, a woman’s attitude toward investing is lifestyle-based, while men invest in terms of performance and numbers,” Hirshman says.

“It sounds cliché, but men are hunters and women are gatherers,” she says. “We see that in their investing, especially with their risk tolerance.” According to Foss, women seek below-average risk and a stress-free investment management process.

“My problem is I haven’t had much of an investment strategy,” says Kate Koundouriotis of Palm Desert. “I wrongly ignored investing for a few years. I would have dreams that I should be doing some-thing about this. Then I finally figured that if I won’t do this, then I must go to someone who will handle this for me.”

Koundouriotis went with women-owned Franz Tatum Wealth Management of Palm Desert. “Women will keep asking questions until they are really comfortable with their investments,” Nila Tatum says. “They also tend to be more loyal clients.”

A 2001 University of California study, “Boys Will Be Boys: Gender, Overconfidence and Common Stock Investment,” analyzed the investing behavior of more than 35,000 households from a large discount brokerage firm and found that men traded stocks nearly 50 percent more often than women. This added trading drove up the men’s costs and lowered their returns.

It’s no surprise men tend to be overconfident with their own investment decisions when they do well. Then when things go south, they blame their investment advisors. One male San Francisco business travel journalist puts it this way. “I listen to my investment advisers, and sometimes wish I hadn’t. I don’t trust my gut often enough.”

Cristina Deniel of Stein Whittington Deniel Investment Advisors of Palm Desert sums it up this way: “There are investors who are less aggressive and always cautious, even within genders. But as far as aggressive risk-taking goes, that’s not something I often see in women.”

Men typically employ an ostrich-head-in-the-sand approach to investing until they have to deal with problems. When things went awry a couple years ago, men pulled the plug far more quickly than women, who stuck with their investments.

“Women often deal better with crisis. They find out what needs to be done and get through it. That’s what we saw with our clients,” says Jeff Fishman, a Los Angeles attorney, wealth manager, and founder and president of JSF Financial.

As the joke goes, men won’t ask for directions when they’re lost, whereas women will pull into the first gas station to do so. But when the economy tanks, it’s a different story.

“Even men will ask for advice, where before they would only take directions when forced to,” Fishman says. “Women, no matter the market conditions, push for directions.”

Ann Ach, a retired social worker in Marina del Rey, has been an active member of a women-only investment club since 2000. “We are very focused on learning as much as we can and bringing in educators on all different topics to talk to us,” Ach notes. All that learning has paid off. Her group is ranked as one of the top clubs with the National Association of Investment Clubs; and, on a personal level, Ach handles the investments for her and her M.B.A.-degreed husband.

“Even prior to 2008, women wanted to hold onto everything they have. This follows their nesting and nurturing proclivity,” Moran observes. Now they see more men attending their classes. “They are even asking questions,” Kaufmann says with a laugh.