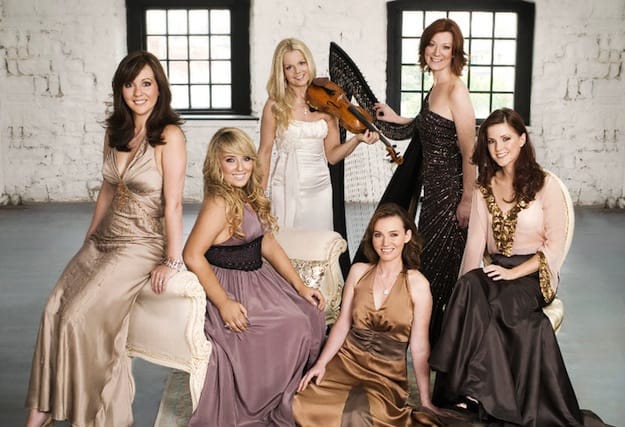 Celtic Woman have been featured on several PBS specials.
katherinejenkinsusa.com

Thursday, Dec. 13
Walking Tour of the Inns. 4-8 p.m. starting from two points – the Del Marcos Hotel, 225 W. Baristo Road, or the Palm Springs Art Museum, 100 N. Museum Drive. The forecast is for rain, but if you've lived here long enough you know how random that is. And it could be over and done with by the time this starts. One Facebook reader said to be sure to stop at the Korakia Pensione, 257 S. Patencio Road.

Village Fest. There will be additional foot traffic from the weekly festival, which runs along Palm Canyon between Baristo and Amado Roads starting at 6 p.m. May be the perfect place to find that holiday gift.

Moody Blues. This storied band performs at 9 p.m. at The Show at the Agua Caliente Casino Resort Spa in Rancho Mirage.

Dirty Little Showtunes. The show has been extended through Dec. 29, and the songs have been altered to reflect the holiday season. Show times are 8 p.m. Friday and Saturday, 2 p.m. on Sundays. Too much fun looking at gay life and love at The Commissary in Rancho Mirage.

Saturday, Dec. 15
Great Santa Run. This time you'll be all dressed up and have somewhere to go. Every entrant receives a Santa outfit. The 4-kilometer run/walk begins at 10:15 a.m at the Civic Center Park in Palm Desert. Entertainment follows featuring Chris Burke, who is best known for playing Corky on "Life Goes On". Glee's Lauren Potter, who plays Becky, will also be there.

Linda Gerard Record Release Party. Linda sings starting at 10 pm. at The Amigo Room of the Ace Hotel. Linda is the singing hostess of the hotel's Sissy Bingo. Her career spans 50 years including standby appearances for Barbara Streisand and Mimi Hines in "Funny Girl".

Sunday, Dec. 16
Check out brunch at Le Vallauris, which was just recognized as one of the top 100 restaurants in the country by Open Table based on consumer reviews.

Take a Drive
Mannheim Steamroller founder Chip Davis will assist the Joshua Tree Philharmonic in bringing a distinctive brand of holiday music. This community orchestra will play the holiday arrangements made famous by Mannheim Steamroller. Performances are 7 p.m. Thursday through Saturday, Dec. 13-15, at the Hi-Desert Cultural Center's Black Box Theater.