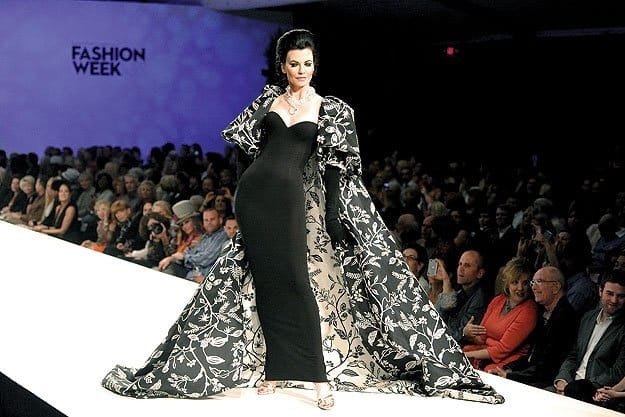 Thursday, March 14
10 a.m. to 5 p.m.: See the only B-29 (pictured right) still flying during its four-day stay at the Palm Springs Air Museum. Interior tours are $5 per person and rides start as low as $595 per person and can be booked online.

11 a.m. to 8 p.m.: Quarterfinal round play of the BNP Paribas Open in singles and doubles at the Indian Wells Tennis Garden featuring some of the world's top-ranked players.

1:30 p.m.: 1960s recording star Lesley Gore begins her stint as star performer of the Palm Springs Follies. She's best known for the song, "It's My Party (and I'll cry if I want to)". Matinee performances start at 1:30 p.m. and evening performances at 7 on Friday and Saturdays. Gore will be part of the show through May 19.

7 p.m.: Meet actress Tippi Hedren (pictured left from the 1960s), who will attend the screening of the great Alfred Hitchcock movie, "The Birds", and answer questions afterward at Camelot Theatre in Palm Springs. The movie launched Hedren's career, but also destroyed it due to her tangled relationship with Hitchcock.

Friday, March 15
9 a.m. to 5 p.m.: The annual Spring Plant Sale commences over three days (March 15-17) with a vast selection of desert native and desert adopted plantsat The Living Desert in Palm Desert. Regarded as one of the most comprehensive plant sales in the Southwest.

11 a.m. to 8 p.m.: Semifinal round play of the BNP Paribas Open in singles and doubles at the Indian Wells Tennis Garden featuring some of the world's top-ranked players like Rafel Nadal (pictured right).

4 p.m.: El Paseo Cruise Night features some of the classiest cars in the Coachella Valley. See them cruise up and down El Paseo.

6 p.m.: Celebrate the 50th anniversary of the ABC Recovery Center and honor Betty Ford Center CEO John Schwarlose during a gala event at Fantasy Springs Resort Casino in Indio. Tickets are $00 each.

7 p.m.: Fashion Week El Paseo 2013 kicks off with "The Best of Saks Fifth Avenue" runway show under the white tent on Lakespur Lane between El Paseo and Shadow Mountain in Palm Desert.

7 p.m.: See the "Wildflowers of the Desert" from a presentation compiled by former Desert Magazine founders Harold and Lucille Weight at the Old Schoolhouse Museum, 6760 National Park Drive in Twentynine Palms Optional dinner with speaker at 5 p.m. at the 29Palms Inn; attendees are responsible for their own meal.

7 p.m.: It's not a game of "Bingo", but a fun musical about the game and its players produced by the Palm Desert Stage Company. Shows run at 7 p.m. Friday and Saturday, and 2 p.m. Sunday, and then repeat again next weekend (March 22-24) at The Arthur Newman Theatre, Joslyn Center, in Palm Desert.

9 p.m.: Are you the best GoGo dancer in the Valley? Find out who is during Euphoria Club Night hosted by DJ Brooke Reese of U92.7 at The Show at Agua Caliente in Rancho Mirage. 9 a.m. to 5 p.m.: The annual Chalk Art Festival (pictured left) featuring a student competition for grades Kindergarten through 12th will take place in downtown Palm Springs near the Forever Marilyn statue. Judging takes place at 3:30 p.m. and the winners announced at 4.

Noon to 6 p.m.: Finals in doubles, semifinals of men's singles of the BNP Paribas Open at the Indian Wells Tennis Garden featuring some of the world's top-ranked players.

8 p.m.: Paul Anka (pictured right), whose songbook contains 900 songs including many recorded by stars like Elvis, Frank Sinatra, Barbra Streisand and Linda Ronstad, will perform at the Fantasy Springs Resort Casino in Indio.

8 p.m.: Comedian Bob Newhart brings his unique comedic stylings to The Show at Agua Caliente in Rancho Mirage. Newhart starred in his own comedy series in the 1970s, and has appeared in dozens of movies, including "Elf" with Will Ferrell.

Noon to 6 p.m.: Singles finals of the BNP Paribas Open at the Indian Wells Tennis Garden featuring some of the world's top-ranked players.

Noon to 4 p.m.: The inaugural Inland Empire Cupcake Fair will be held at the Riverside Auditorium and Events Center to benefit two local charities. Cupcake judging includes professional and amateur bakers judged by a panel of experts. Local and professional bakers can compete for a $50 entry fee.

Brunch suggestion: Enjoy St. Patrick's Day with a traditional Corned Beef and Cabbage dinner. Check our suggestions on where to go.