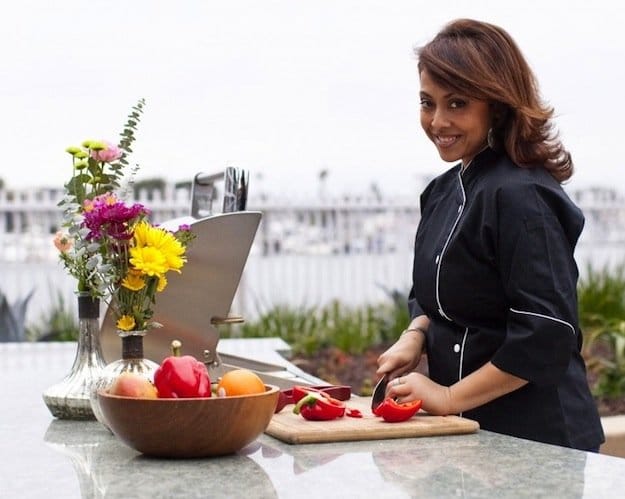 Thursday, March 21
11 a.m. to 3 p.m.: Probably one of the most attended trunk shows during Fashion Week El Paseo is the one by Project Runway designers. Look for them at the white tent on Larkspur Lane and El Paseo in downtown Palm Desert.

2 p.m.: Hear from designer Trina Turk and Sunnylands Chic at the Rancho Mirage Public Library. No RSVP and admission is free.

6 p.m.: See the movie, "Waste Land", which is part of an ongoing series of documentaries being shown the third Thursday of every month through April at UCR Palm Desert auditorium, 75080 Frank Sinatra Drive. "Waste Land" was nominated for an Academy Award and follows artist Vik Muniz from Brooklyn to his native Brazil.

Friday, March 22
11 a.m., to 2 p.m.: Designer Sue Wong will showcase her fashions from the previous night in a trunk show at Fashion Week El Paseo. Get a chance to meet her and let her put you into one of her outfits. Look for the white tent on Lakespur Lane and El Paseo in downtown Palm Desert.

6 p.m.: Dance to music from the 1960s, 70s and 80 while raising funds for United Way of the Desert. Prizes for Rockin' VIP Challenge's best costume and table decor in 60s, 70s or 80s theme at the Renaissance Esmeralda Resort and Spa in Indian Wells.

7 p.m.: Designer Katherine Polk shows off her latest line in a runway show at Fashion Week El Paseo in the white tent on Lakespur Lane and El Paseo in downtown Palm Desert.

8 p.m.: "Beauty and The Beast" (pictured left) takes the stage at McCallum Theatre with performances March 22-24. You;ll be singing along to the music, and enjoying this enduring love story.

9 p.m.: Chicago, the iconic rock group originally known as Chicago Transit Authority in the 1960s, performs at the Show at Agua Caliente in Rancho Mirage.

Dinner suggestion: Sherman's Deli and Bakery in Palm Springs is a must-stop if you are visiting, and even if you live here, the menu is varied and the baked goods are the best.

Saturday, March 23
9 a.m. to 5 p.m.: The fourth annual Food & Wine Festival brings together some of the country's best chefs and wine experts all under one tent on Lakespur Lane in downtown Palm Desert. Check out food tastings and cooking demonstrations, wine tastings and wine seminars.

10 a.m. to 4 p.m.: Take a tour of more than a dozen condos in south Palm Springs at the infamous Canyon View Estates. A cocktail party kicks off the weekend Friday night (March 22)  and closes with a champagne breakfast and house tour from 9 a.m. to noon Sunday (March 24).

11 a.m. to 2 p.m.: The Palm Springs Neighborhood Involvement Committee hosts its sixth annual Neighborhood Picnic & Community Expo at Ruth Hardy Park, 700 Tamarisk Lane, in Palm Springs. The picnis is free to residents and a barbeque lunch will be served. More than 500 booths will be featured.

7 p.m.: "Gypsy", called the greatest American musical, slates performances at 7 p.m. over the next three weekends through April 6 at Theatre 29 in Twentynine Palms. There is also a 2:30 p.m. Sunday matinee on March 24.

8 p.m.: Gordon Lightfoot (pictured left), whose voice has been heard for more than 50 years, has a number of recognizable hits, like "Carefree Highway" "If You Could Read my Mind" and "The Wreck of the Edmund Fitzgerald".  See him at Spotloght 29 Casino in Coachella.

9 a.m. to 5 p.m.: The fourth annual Food & Wine Festival brings together some of the country's best chefs and wine experts all under one tent on Lakespur Lane in downtown Palm Desert. Check out food tastings and cooking demonstrations, wine tastings and wine seminars. Five restaurants from the Coachella Valley will be featured: Dish Creative Cuisine, Cello's, Catalan, Wolfgang Puck Pizza Bar and Rockwood Grill.

2 p.m.: March is Cabaret month, and what better way to celebrate than with "You Make Me Laugh! A Love Song to Gilda Radner" performed by Francesca Amari at The Commissary in Rancho Mirage.

For Linda
The host of Sissy Bingo at the Ace Hotel & Swim Club in Palm Springs since 2009, Linda Gerard has blazed yet another trail in an amazing career stretching more than 50 years. She was recently diagnosed with lung cancer, and the hotel is hosting a fundraiser from 7-11 p.m. March 25.