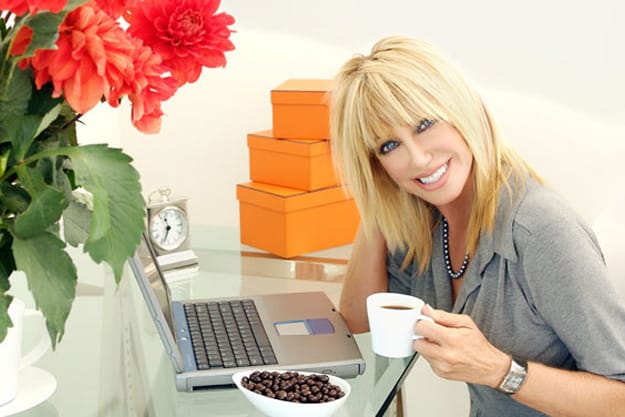 Palm Springs' own Suzanne Somers returns to television on Wednesday, Sept. 26, with her new daytime talkshow, The Suzanne Show on Lifetime Television.

Promising to "change the face of daytime television," Somers' new venture back into entertainment promises to be everything but frivilous.  Her staff bills it as an uncensored look into her life, with "eye-opening" health and wellness revelations and some arts and entertainment, as well.

"The Suzanne Show is 'me,' unplugged," she explains.  "My interests and my passions and honest talk, from new ways to achieve optimal health, to my friends, great foods, and important questions that others aren't asking.  I'm mixing glamour and innovative science in a way that America's never seen before."

Special guests this season include Larry King, David Foster, Kathy Griffith, and Fran Drescher, according to a media rundown.

Somers used Facebook in the weeks leading up to her debut to let her fans know what kinds of topics she planned to address.

"The obesity crisis is blooming out of control!" one post read. "The attached article describes how in 39 states, over half of the American population is projected to become obese. Yes, we eat to much and could all exercise more, but what you may not realize are all the hidden toxins contributing to this dangerous trend."

It's an experiment she's tried with much success before with her series of best-selling books tackling controversial issues, such as her decision on hormone replacement therapy.

With relevant subject matter with teeth and her time slot — The Suzanne Show airs at 7 a.m. on Lifetime Television — some speculate Good Morning America and the Today Show may have new competition on cable television.

From the reaction she received on Twitter after her first day, it's not hard to tell she has a growing following.