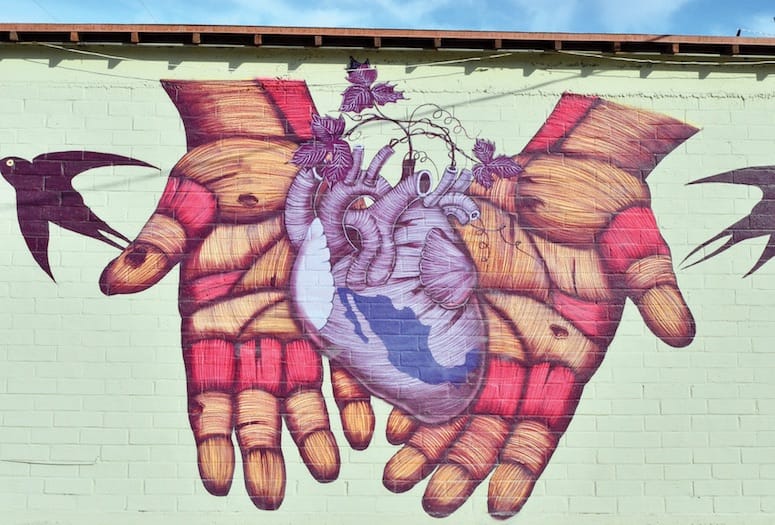 Artwork takes on a larger-than-life look in Coachella.
PHOTOGRAPHS BY @BEARLEADERCHRONICLE

Coachella became a farming community over a century ago when settlers discovered the area had plentiful underground water supplies and fertile soils that could sustain just about any crop, from winter vegetables and table grapes to dates imported from Africa and the Middle East.

Fueled by capital and immigrant labor, Coachella’s agriculture industry exploded. By the late 1960s and early 1970s, however, Coachella’s farmworkers made national headlines and a place in history as they joined Cesar Chavez in marches for higher pay and better working conditions.

Today, the city is the epicenter of Mexican culture in the Coachella Valley, with its internationally famous Coachella Walls murals and its annual El Grito Fiestas Patrias and Día de los Muertos (Day of the Dead) celebrations.

El Grito Fiestas Patrias features live music, folklórico dancers, and a reenactment of Mexico’s call for independence, while Día de los Muertos festivities include a nighttime 5K run, completed in memory of a loved one. 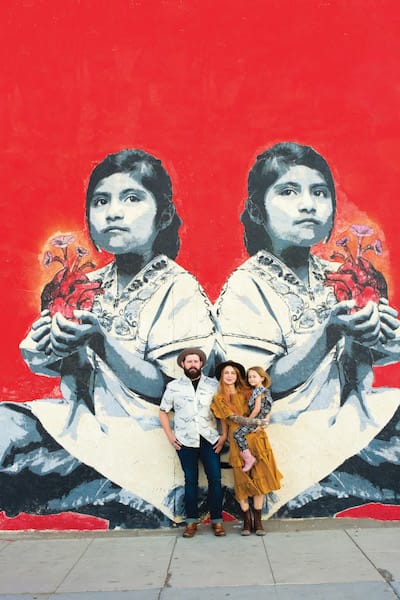 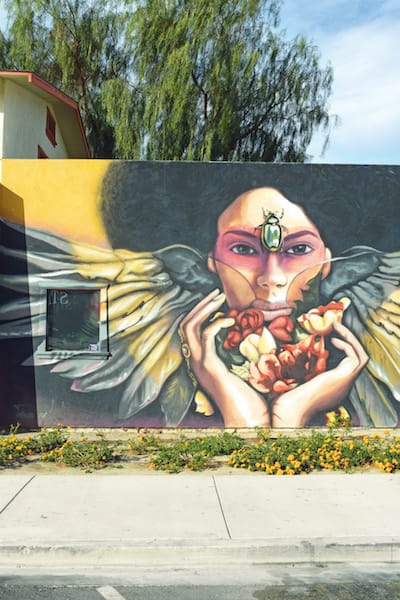 The arts are propelling a renaissance in downtown Coachella. Community concerts and festivals pop up regularly at the parks, a state-of-the-art library is set to open this fall, and the city continues to invest in Coachella Walls, a mural project featuring local and international street artists whose work responds in larger-than-life fashion to the experience of the area’s Mexican farmworker community. Armando Lerma of the former Date Farmers artist collaborative launched the project in 2014 with curator Medvin Sobio; a self-guided walking-tour map is available on the city’s website. On nearby Shady Lane, local artists, organized by the nonprofit Culturas Music & Arts, painted a dramatic 1,000-foot mural depicting people and themes from Chicano history. You’ll find other artful displays throughout town, including a Star Wars mural in back of the shopping center at Cesar Chavez Street and Park Lane and the whimsical Empowerment of Women piece painted by Sofia Enriquez outside Taqueria Arandas.

Bagdouma Park
This 46-acre park located on the corner of Avenue 52 and Douma Street includes the Coachella Valley Boxing Club, a swimming pool and tennis courts, and other sports facilities. 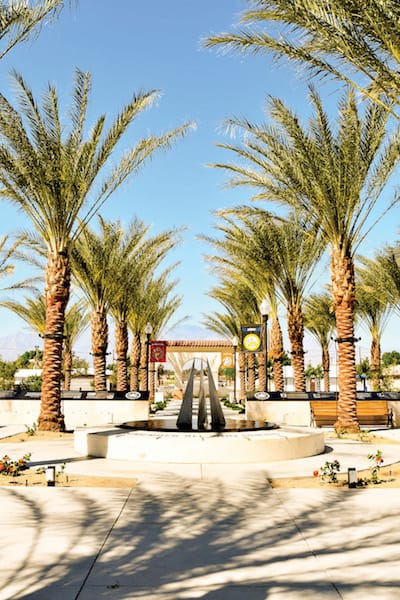 Rancho De Oro Park
The site of the popular Movies in the Park series, this 4-acre recreation zone with baseball, softball, and soccer fields is located on Avenue 50 next to Cesar Chavez Elementary School.

Shady Lane Park
A small community park on the corner of Shady Lane and Avenue 52, this park offers an acre of open grass to roam and  a few shaded seating areas.