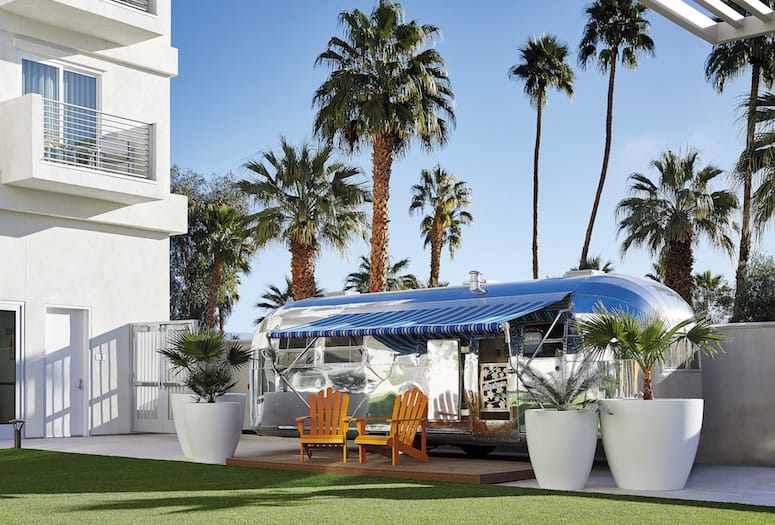 The 25-foot Airstream is parked beside the pool at Hotel Paseo in Palm Desert.
PHOTOGRAPH COURTESY HOTEL PASEO, DANIEL COLLOPY

No matter how you do it, a trip to the Coachella Valley Music and Arts Festival is bound to be epic. I mean, come on — it’s The Weeknd, Beyoncé, and Eminem live in the desert. But if you want to make it even more legendary, you’ll need a dope place to stay. Chances are these singular spaces are already ocupado, so add these rentals to your bucket list and plan another visit (or staycation, if you’re local) to keep the festivities rolling.

The Airstream at Hotel Paseo

In March, Palm Desert got its first luxury hotel in more than 30 years. It’s called Hotel Paseo, and it comes with a poolside cabana bar and an au courant place for festivalgoers to stay.

Airstream enthusiast David Winick, who has restored trailers for celebs such as Anthony Kiedis and Patrick Dempsey, found a vintage 1950s model abandoned in the desert and has spent the better part of a year restoring it as a room for Hotel Paseo.

Equipped with new aluminum walls, an 8-foot reclaimed black walnut bar, and a stainless-steel refrigerator, the 25-foot Airstream is parked beside the pool for an extra luxurious experience.

Hotel Paseo developer Robert Leach and his wife, Linda, discussed the idea of adding an Airstream during planning stages in 2015. They wanted to expand the fitness center, but because of space restrictions weren’t able to do so without taking out a room. After seeing a review by Tom Hanks praising an Airstream restored by Winick, the couple knew they’d found their answer.

“[For Christmas that year], we exchanged small stocking gifts, and we secretly had bought each other Airstream Christmas ornaments,” Robert says. “Karma had obviously spoken.”

The Airstream will be available to book beginning this month. 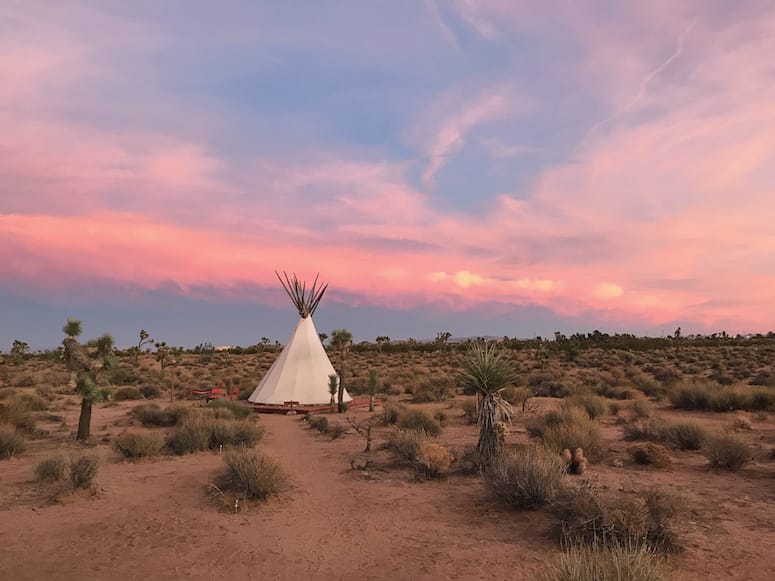 Located in Yucca Valley, the Lazy Sky compound, owned by Annie and Tony DeMille, has five tented rentals, each with one or two beds. The property has a communal kitchen, bathroom, and outdoor shower. Annie notes that the proximity to Pappy & Harriet’s attracts well-known guests. “A lot of the artists came to stay before and after Coachella,” she says. 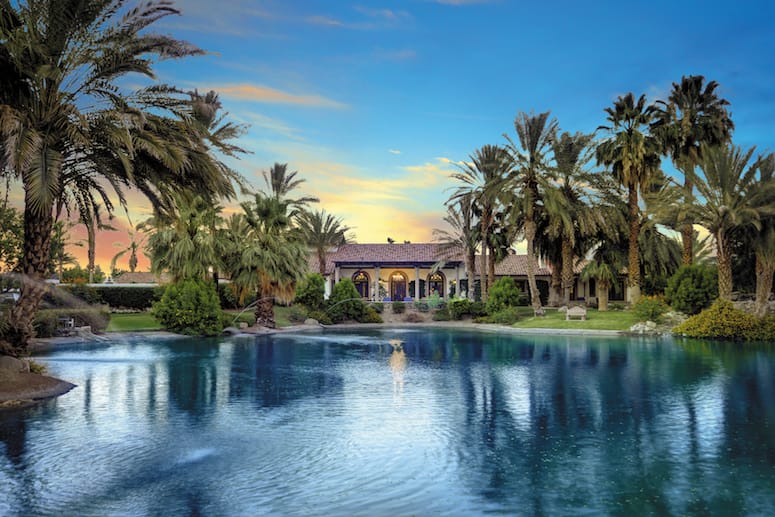 This 5-acre, 14,000-square-foot property in Thermal is located a half-mile from the Empire Polo Club (read: you can stumble home by foot faster than waiting for an Uber). The nine-bedroom home has a private lake, tennis court, game room, pool, and 14-person spa. 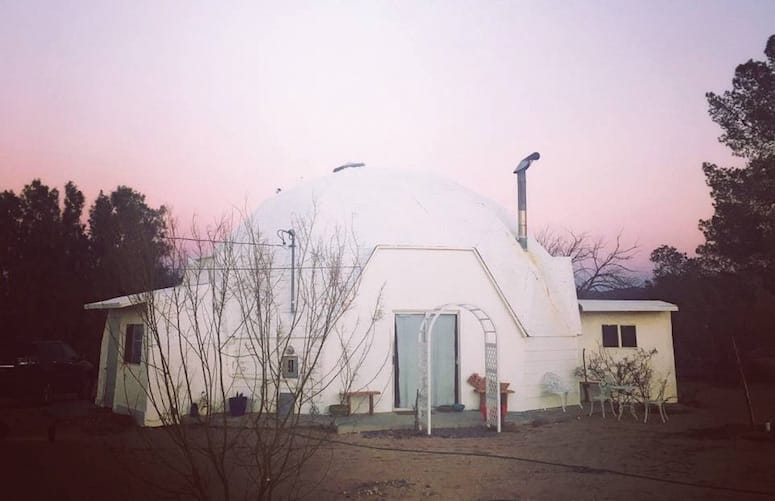 Described as “Luke Skywalker’s parallel pad in the future  lunar landscape,” this one-bedroom geodesic dome with 20-foot ceilings and a fully equipped kitchen is sited on 3 acres in a remote area of Joshua Tree. If you are seeking a galactic getaway, look no further.