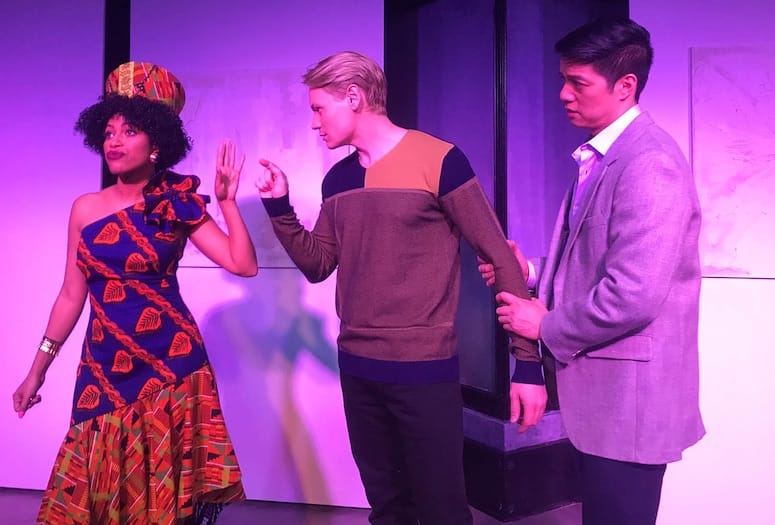 There are plenty of people who think political correctness and affirmative action have gone too far — even in today’s world, where simple discussions of a wall have divided more people than the wall itself ever intended to. Sure, the idea of opening any playing field to any and all qualified parties, regardless of race, gender, or sexual identity is admirable. But is it always the right solution? Or does it also allow for the discrimination of perfectly qualified non-marginalized people?

That, essentially, is the question posed by writer James Ijames in White, which opened Jan. 23 as the second show of Coachella Valley Repertory’s 10th season.

It’s Frankenstein meets Cyrano when artist Gus, a gay white male, is told by his friend Jane, a museum curator, that his art would be perfect for her upcoming exhibition — if only he were black and female. It seems both Gus and his art are too white for the new America. Wanting to prove a point, Gus enlists the talents of Vanessa, an African-American actress looking for her big break, and together they create Balkonaé Townsend, an edgy “artist” who will pass off Gus’ work as her own. However, Vanessa takes the scheme too far, leaving Gus with more problems than he anticipated. Does he end up making his point? Or does it backfire and do more damage than he could have anticipated?

While the play is short (90 minutes with no intermission), it’s tightly written and asks plenty of compelling questions. But as the character of Vanessa goes off track, the text seems to as well, giving us a finale that’s more baffling than thrilling.

The production, however, is top-of-the-line. Director (and CVRep’s founding artistic director) Ron Celona has assembled a terrific quartet of talented actors who give us all the right moves. As Gus, Paul David Story is funny, touching, and conniving. He’s a little bit campy, a little bit intense, and (despite his many protestations) perhaps even a little bit racist, all of which the actor navigates with ease. 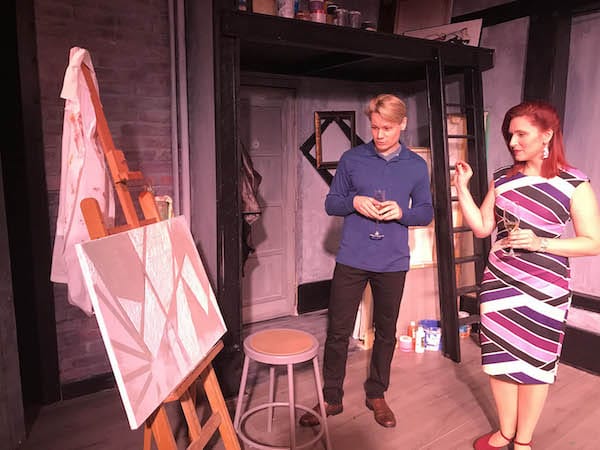 The character of Gus drives the story, and the story is in very good hands with Story. Charlotte Munson plays Jane, the museum curator who’s looking for “new voices.” As written, Jane runs the risk of being flat and one-note, but Munson makes the character real. You might not love her, but you definitely believe her. Tanner, played by Anthony Saludares, is Gus’ live-in boyfriend, who happens to be Asian-American. And while Gus may think having a boyfriend of color earns him a get-out-of-racist-jail-free card, Tanner disagrees. Saludares does a great job attempting to be the voice of reason when Gus’ ideas grow too fanciful.

But the OMG award goes to Franceli Chapman, who plays Vanessa (as well as Vanessa-as-Balkonaé and yet another character that may or may not be a figment of Gus’ imagination). Her journey from demure actress to pretentious “artist” is astonishing, as is Chapman’s ability to switch effortlessly between the two. This is a very impressive and wonderfully in-your-face performance, one you’re not likely to forget any time soon.

In addition to the terrific talent on the stage, Celona has an impressive crew working behind the scenes. From the inventive sound design by Kate Fechtig and the minimal-but-cleverly designed set by Jimmy Cuomo to the invisible running crew who seamlessly take us from one scene to the next, this production is a well-oiled machine and a pleasure to watch.

White is CVRep’s final show at The Atrium in Rancho Mirage — their next production, Chess, will open in their new, state-of-the-art location in Cathedral City — and it is highly recommended. 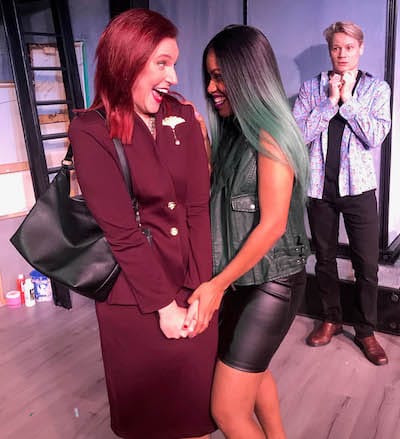 Jane is impressed with “Balkonaé” (Franceli Chapman), while Gus wonders what he’s gotten himself into.