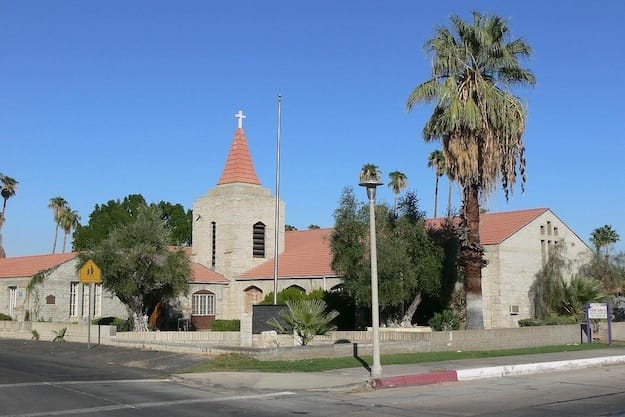 Last month this column e-traveled across the Coachella Valley from La Quinta to Palm Springs and Desert Hot Springs to discover a handful of notable architectural sites by some of the world’s most famed architects.

From the earliest days of its built environment, the Coachella Valley has challenged and inspired important design and innovation over the trends and cycles that define the desert.

In addition, talented local, known and unknowns, were commissioned for desert projects that simultaneously spurred notable careers throughout the country in their home cities.

Though our main focus is mid-century modern architecture (mid-1940’s to mid-1970’s), this commanding environment inspired “modern” thinking well before then.

Before Palm Springs was incorporated as a city (1938), William Charles Tanner did some of the most noteworthy work. His Thomas O’Donnell House rests distinctively on the bluff above the Palm Springs Art Museum.

A salute to the innovative opulence of the early days, no wonder it dates from 1925, the year F. Scott Fitzgerald’s The Great Gatsby was published. A long Gatsby-esque driveway aligned a manicured front lawn that was likewise the Valley’s first golf course.

Named “Ojo del Desierto” (Eye of the Desert), its green “Monterey” balcony and pristine Mediterranean Revival characteristics is a constant reminder of our architectural heritage. Protected by exceptional stewardship, The O’Donnell House is a Palm Springs Historic Site, on the National Register of Historic Places, and available to tour.

But Tanner’s most innovative work was the utterly avant-garde 1935 Community Church at the corner of Baristo and Cahuilla roads. Also a Palm Springs Historic Site, the church features include traditional Gothic (Revival) elements such as timbered arched doorways, but this house of worship was far from traditional.

“Mondrian-esque” patterning of the all concrete-brick building defines its facades, while a squat Art Deco tower curiously intrigues passersby with mismatched louvered windows. Capped buttresses abound but this isn’t Notre Dame…it’s a mostly single story concrete building-evoking cathedral…suggesting “more” than it really is.

It is an exceptional expression of “modern thinking”, yet was completed a decade before the mid-century era by a virtual unknown. BTW, please let me know if you know what the concrete protrusion is on the tower…gallows? Gargoyle? Talk about modern evoking cathedral!

Please join me on the modern road next time as we continue to explore the architectural treasure trove that delights us!