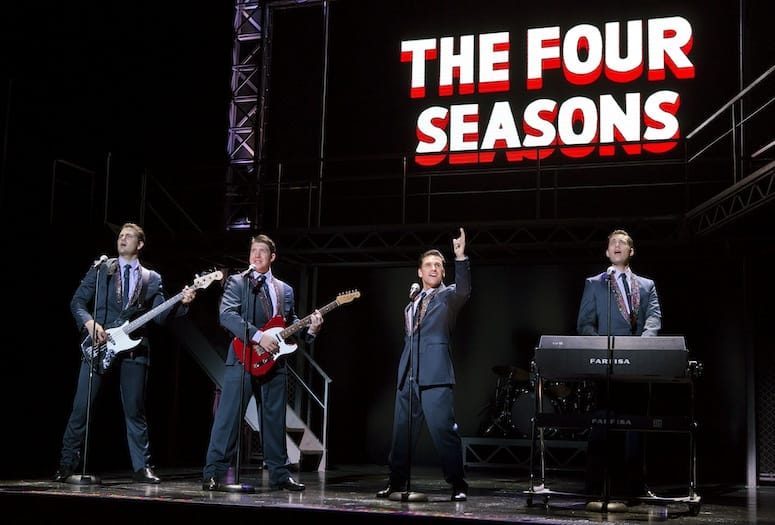 Never has a true story captured the hearts of America more than Jersey Boys, and how four blue-collar kids became one of the greatest successes in pop music history.

Now you can enter a chance to win tickets to see this amazing Tony Award-winning musical thanks to the McCallum Theatre Broadway Blockbusters Experience.

Jersey Boys comes to the McCallum in February for six nights, and you could be one of the lucky ones to have tickets. Listen to the harmonies that sound perfect on stage, but hid what was often the group's off stage disharmony. The songs are timeless. You will sing along with toe-tapping music and lyrics to such big hits as “Sherry,” “Big Girls Don’t Cry,” “Rag Doll,” “Oh What a Night” and “Can’t Take My Eyes Off You.”

If your name is not chosen, it will remain in the pool for the next drawing on Feb. 1, 2016, for tickets to Disney's Beauty and the Beast.

Be sure to enter to experience music history on stage with Jersey Boys.

Jersey Boys is presented through the generosity of Harold Matzner (Feb. 16-19) and Robert and Sharlene Britz (Feb. 20-21).