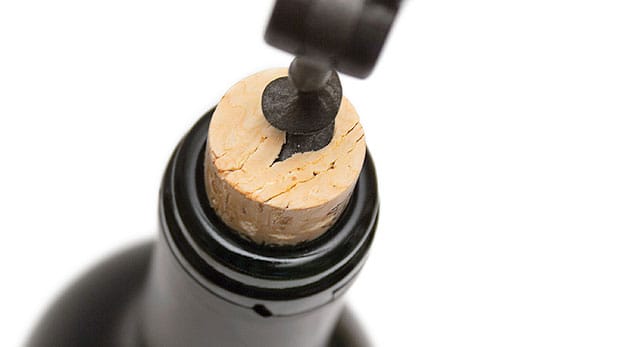 Have you heard the expression “Don’t wait for tomorrow, because tomorrow never comes”? It always seemed a bit silly, because, of course, tomorrow is only hours away.  But when those hours have elapsed, it’s “today” again and not tomorrow. It’s a whole “what came first, the chicken or the egg?” argument.

When it comes to wine, however, it’s best to avoid the dilemma altogether, because for many, many wines, tomorrow does never come. And in today’s wine world, it has never been more obvious. The old philosophy for wine, especially cabernet-based wines, was to wait for it to age.

Many of us were educated the same way: Lay this wine down in your cellar for at least five to 10 years before you even think of opening it. We’d have bottles of supposedly great wines, but couldn’t break the taboo of opening them before the maturity date. One winemaker dispelled that notion to me with simple advice: “If you don’t like it now, you’re not going to like it better five years from now.” What he was saying was that he had crafted and produced a finished wine that was ready to be consumed now. He had done the barrel and bottle aging for me. Sure, it may mature and evolve in the bottle; but I loved the wine then, and there was nothing wrong with drinking it. It totally changed my outlook and is the main reason that I don’t have an extensive wine collection.

Buy what you like; and when it’s gone, move on to something else. This philosophy has been reinforced countless times over the past 15 years. It seems much more often than not, when a wine that is more than 10 years old is opened, it disappoints. So many of us love the juicy, fleshy ripe fruit in cabernet sauvignon. That fruit holds up well for a few years, then frequently starts to fade, becoming a shadow of the wine you remember loving so much that you bought a case of it back in 2001.

It happened to me just recently, when a good friend visited from Pennsylvania and brought a bottle of Guigal Côte Rôtie la Mouline 1999. The world’s most influential wine critic gave it a perfect 100-point score. Maybe it would have been perfect five years ago, but now it was fairly thin and underwhelming. My friend was deeply disappointed that this wine that now sold for more than $500 a bottle was only fair. He waited for too many tomorrows.

Save tomorrow to seek out a new favorite, and open something special today. Here are some suggestions:

This year has brought a slew of exciting and delicious new wines. A standout is the 2009 Orin Swift Abstract ($26). A blend of grenache, petite sirah, and syrah from Sonoma hillsides, it oozes juicy black cherry, blueberry, and spice flavors. It may not be easy to find, but is worth seeking out.

The Mueller 2008 Russian River Pinot Noir ($27) is a testament to the elegance of Russian River-grown wines. Supple cherry and berry flavors integrate seamlessly with hints of spice from the oak. It’s one of the very finest pinot noirs you will find for less than $30.

Randy and Debbie Lewis have produced yet another gem to add to their impressive portfolio. The 2008 Lewis Alec’s Blend ($62) is named after their grandson. A blend of syrah, merlot, and cabernet sauvignon, it exudes blackberry, cassis, vanilla, and cinnamon aromas and flavors. It’s what I would consider a real “lip smacker.”

To sign up for Jensen’s weekly wine e-newsletter, e-mail wine@jensensfoods.com.