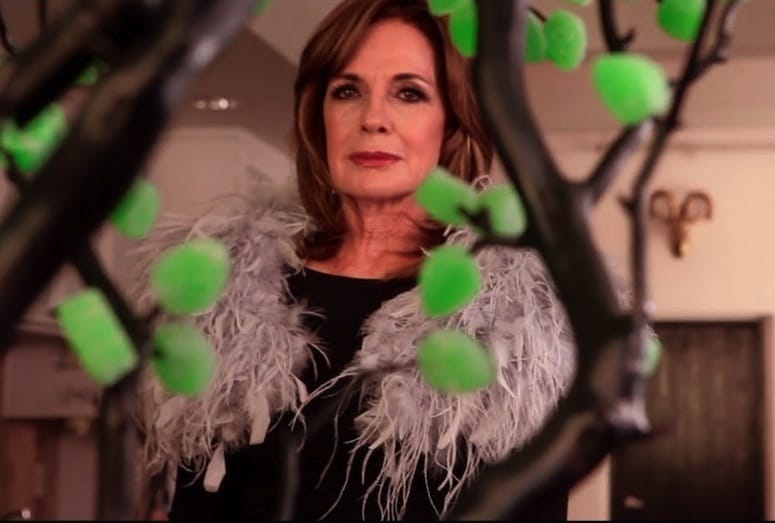 Linda Gray, known from her infamous role on the 1980s drama, Dallas, plays the part of Joanna Winterthorne in the web-based series.
Photo courtesy of Winterthorne

VIDEO: Here is a sneak peek at Winterthorne.

With viewing habits changing and more content available online, Palm Springs’ Steve Silverman is right in the thick of it.

In addition, his company is currently on fire with a stunning string of successes, including projects for ABC Family’s Baby Daddy and Fox’s hit series Empire.

Now he has his hands in the upcoming digital film series, Winterthorne, sharing co-executive producer credits with Barbi and Michael Caruso.

Filmed in Idyllwild, Winterthorne tells the story of one family’s candy dynasty and their pursuit of the sweet life. The beautiful background and lavish wardrobe styling sets the tone for high drama.

The premiere is set for Sunday (Aug. 16) at the Renberg Theatre in Los Angeles with the full red carpet treatment. The web series debuts Aug. 27.

Silverman (pictured above, right) is very accustomed to balancing multiple projects. He's worked full-time for FOX, CBS, ABC, NBC, Bravo and The WB as an on-air creative manager and senior writer producer over a 20-year career. Steve has created two hit web series, Pretty and The Inn, with a combined worldwide audience of more than 5 million viewers. He's also the author of more than 20 plays that have been produced nationwide and one musical, which he co-authored.

Silverman and his husband, Jim Cannella, have made the Palm Springs area their home where they continue to expand their media presence throughout the valley and beyond.

“I would love to film projects in the Coachella Valley,” Silverman says. “There are so many amazing locations from riding up the tram to the retro interiors of the hotels like the Riviera.  It really comes down to the right script that organically works with an environment.” Your personal philosophy: "Do as much as you talk about doing."

Inspiration:  "You only live once, but if you do it right, once is enough."

Pet peeve: "Leave your cell phone at home when you're out to dinner at a restaurant."

Proudest moment:  "The day I married my husband."

Outdoor activity:  Hiking the canyons right down the street