'Women Behind Bars' is an Uproarious Show at Desert Rose Playhouse 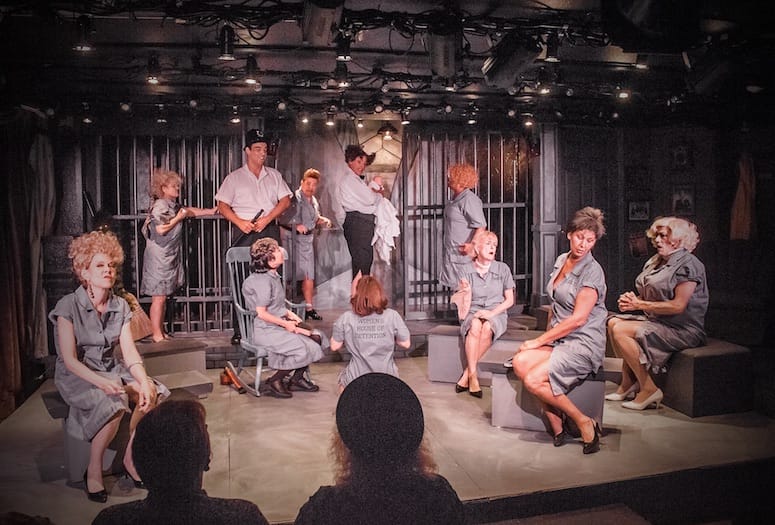 The playground of incarcerated females has long been a curious dramaturgical mainstay. From 1942’s Lady Gangster to Chicago, the 2002 Academy Award winner for Best Picture, the many stage and screen depictions of women behind bars have been as diverse as they’ve been frequent and have traversed many entertainment genres, from film noir to musical comedy.

The Desert Rose Playhouse production is top-notch and features a terrific roster of ideally cast talent. As the prison matron, Loren Freeman provides a good many laughs. (As does the matron’s amazing hairstyle, courtesy of wig matron Toni Molano.) Over-the-top and possessing the butch femininity of Joan Crawford in Mildred Pierce, Freeman commands the stage as the show’s conniving antagonist. You root for her even though you know it’s wrong. Ruth Braun also shines as her faithful associate, Louise.

The diva prisoners are played by a terrific ensemble cast of talented actresses. As Ada, a “flying” pyromaniac who’s clearly a few apples short of a picnic, Francesca Amari furnishes plenty of laugh-out-loud moments. Kimberly Cole’s Jo-Jo serves up the right amount of sass while holding her own among the racists in the cell. (I will admit to being shocked by some of the racial insensitivity in the dialogue, even though it seemed appropriate for the era and milieu.) Melanie Blue (along with her breathtaking hair, also courtesy of Molano) hilariously delivers a tough and defiant Guadalupe, who suffers more than her share of losses, while Yo Younger is fabulously feisty as Gloria, a woman incarcerated for murder one and tax evasion. As bible-thumping Granny, Adina Lawson doesn’t engage much, but when she does it’s as if E.F. Hutton had opened his mouth. Deborah Harmon (who also appeared in a long run of Women Behind Bars in Los Angeles) brings poignance to the role of Blanche, while Kam Sisco makes Cheri believable and sympathetic.

All of the male characters are played by Miguel Arballo. It’s a thankless job — in a stark contrast to our current reality, this is definitely a woman’s world — but he gives each part the sensitivity or brashness it deserves. 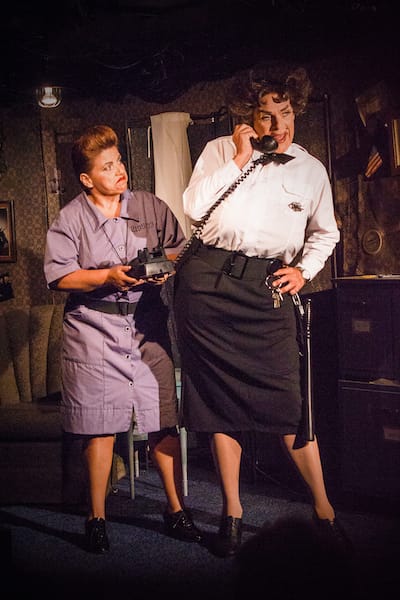 Louise and Matron, played by Ruth Braun and Loren Freeman.

In the classic ingenue (but not for long) role, Phylicia Mason gives a deft performance as a young woman imprisoned for a crime she didn’t commit (or so she says) who quickly loses her naïveté when forced to survive among the other inmates. She is the show’s only truly transformed character, and Mason’s journey from frightened and demure to hardened and wise is seamless and impressive.

Also impressive is Toby Griffin’s set. The designers at DRP always manage to do amazing things with their small space, and never have I seen this to be truer than with this production. Expertly designed, the location comprises two sets that cleverly serve the show’s action and ingenious special effects. A brutal attack is so well set up, it happens without us actually seeing it. (Yet there’s no doubting what we “saw.”) A fantasy of mistaken identity delivers a startling (though not entirely unexpected) reveal right before our eyes and a character gives birth onstage, all thanks to various adroitly designed set pieces and props. And yes, like all good women-in-prison tales, there is a dramatic shower scene — which somehow titillates our imagination without being graphic.

Co-directed by DRP’s soon-to-be-former artistic director Jim Strait and its soon-to-take-over-as artistic director Robbie Wayne, the show is well paced and thoughtfully staged, giving us plenty of surprises. Phil Murphy’s expert lighting design bolsters the dramatic moments, and Jennifer Stowe’s costumes are thoughtful and well executed (witness the ruffle at the bottom of Cheri’s prison uniform, a subtle detail that makes all the difference for the character).

Originally presented during the vast uncertainty of the post-Nixon era, Women Behind Bars comes full circle more than four decades later as it offers today’s audiences a much needed breath of fresh air in these equally uncertain times. Highly recommended. 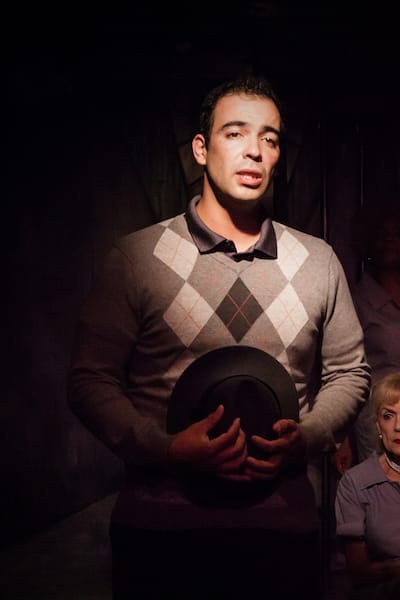 Miguel Arballo plays all of the male characters.