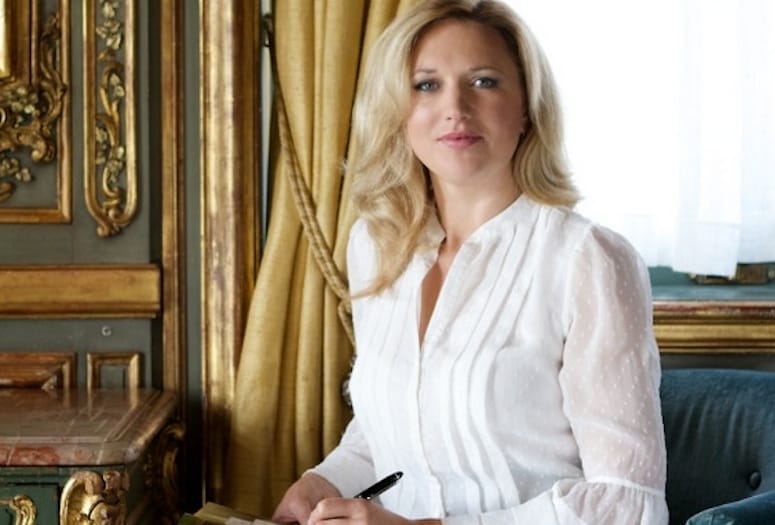 The country estate, surrounded by lands that extend as far as the eyes can see, stands against the skyline in all its splendor. Its grande, Renaissance-inspired design evokes prestige, power, and tradition — it resembles an austere abbey, a place of worship, and pious devotion.

It’s the main filming location of Downton Abbey, a British drama that, like the castle itself (Highclere Castle in real life), has captured millions of people’s imagination around the world and sparkled devotion. To date, it’s the most successful British TV show of all time.

Throughout the course of six seasons, spanning from 1912 to 1926, the aristocratic family running the estate, the Crawleys, and their staff have had their share of drama, joys, and adventures. The show’s writer and creator, Julian Fellowes, has masterfully intertwined the upstairs and downstairs worlds with irresistible plots that has driven viewers to binge watch it on PBS or Netflix. In anticipation of the show’s sixth and final season (which premiered Jan. 3), we spoke to Jessica Fellowes, Julian’s niece, who has authored five books on Downton Abbey (Don’t worry, we’re not going to spoil it for you).

Jessica has given us a beautiful account and reflection behind the show’s curtain and legacy. She will speak at the Rancho Mirage Writers Festival on Jan. 22.

Why do you think viewers from all over the world love Downton Abbey so much? When did you decide that you wanted to write a book about it?
“We've all been chasing the answer to this question but I think it comes down to the fact that everyone in Downton Abbey is more like us than they are different from us — we're basically watching a family and colleagues who are all fundamentally decent people, negotiate their way through life, just as we do, only they do it in beautiful clothes and locations, which are pleasing to watch!”

“After the first series was shown, and was an instant hit in the UK, my agent heard that a book deal had been done between HarperCollins and Carnival Films but they were looking for a writer — she suggested I put myself forward and after I was given the go-ahead by Julian [Fellowes], I went to meet them and the deal was done! I was particularly interested because we all wanted to [do] a book that was more than “behind the scenes,” but also explained something of the context of the period.”

Your latest book, Downton Abbey – A Celebration: The Official Companion to All Six Seasons, talks about the plot, the settings, the characters, and cast and features beautiful behind-the-scene pictures. As we are approaching the end of the show, what were your feelings while you were writing it?
“We knew that the end was coming but it still felt a little sad when it was officially announced. It definitely made the last few weeks of filming more heightened. All the cast and crew had become very close over the years, and they are a genuinely tight set of friends. On the other hand, for practically anyone close to the production, including me, the show has given us an amazing launchpad into a new chapter, and I think we're all excited about exploring those opportunities. So keep watching this space!” There are many historical references about the way British aristocratic families used to live and run their estates before World War II throughout the book. Can you share something about the research process?
“My interest in that period is something I have always shared with Julian, largely because a lot of our family stories come from that time — so Julian was really my starting point. But I was also keen to follow up in a similar vein, so rather than go to history books, I read memoirs of the era, so as to hear the first-hand stories of what life was like then. There are a surprising number of books published by former maids and duchesses that give a fantastic insight — after the Second World War, many people were conscious that they had grown up and worked in a vanished world, and so they committed their memories to paper so that they might not be forgotten. We're the lucky recipients of those works today.”

Besides the Highclere Castle, not a lot of people know that some scenes were shot at a London studio. Were you able to go and visit both sets during the taping of the seasons? What were the main differences when shooting at the studio or the castle?
“I absolutely took advantage of the privilege I had to go on set! They are very different just because the castle is a private house, and has to be treated very carefully. There's no eating or drinking inside, not much sitting on the furniture etc. All the cast and crew are largely based in huge trucks parked on the lawns outside. Ealing Studios is a working studio and has all the hustle and bustle that goes with that.” Jessica Fellowes: “There's no eating or drinking inside, not much sitting on the furniture” at Highclere Castle.

Has the show’s creator and your uncle Julian Fellowes ever shared the plot or asked for a feedback during the writing process?
“No, Julian is the sole writer of the show and confident in the process. Things are necessarily discussed with the historical advisor or production designer, in case there's a logistic or set that needs to be assessed but otherwise it's all Julian.”

Do you identify with any of the characters?
“Not in the sense of a single character but yes, in the sense of the ways in which they respond to each other and situations at times. I definitely see the voice of Julian pop up in different characters and relate to his views, as when, for example, Violet says: ‘I never take sides in a broken marriage … Because however much the couple may strive to be honest, no one is ever in possession of the facts.’ ”

Which one do you most admire? Which one do you dislike?
“Edith is the one that has always held the most fascination for me because she so well represents a certain sort of woman's story at that period — the one who thought she knew exactly how her life was going to turn out, only for the war to change that completely. Despite not having the rich husband she thought she would depend upon, while she stayed at home and ran a few charity luncheons, Edith and women like her became fascinating, pioneering people. I don't dislike any of them partly because I have known them too long, but also because Julian's writing doesn't make for such simplistic judgments. Everyone has a bit of good and a bit of awful in them, just as in life!” You also just released another book, The Wit and Wisdom of Downton Abbey, about the characters’ most memorable quotes throughout these six seasons. Which one is your favorite quote?
“Does it ever get cold on the moral high ground?”

You are going to attend the Writers Festival in Rancho Mirage this month. Will this be your first time in the desert? Are you excited about it?
“I've been to Los Angeles and I absolutely adore it there, but I've not been in the desert, so I can't wait. Jamie Kabler [the festival’s chairman] and I have become friends since the invitation was extended, and I know we're going to have a lot of fun at the festival. I'm honored to be in such exalted company.”