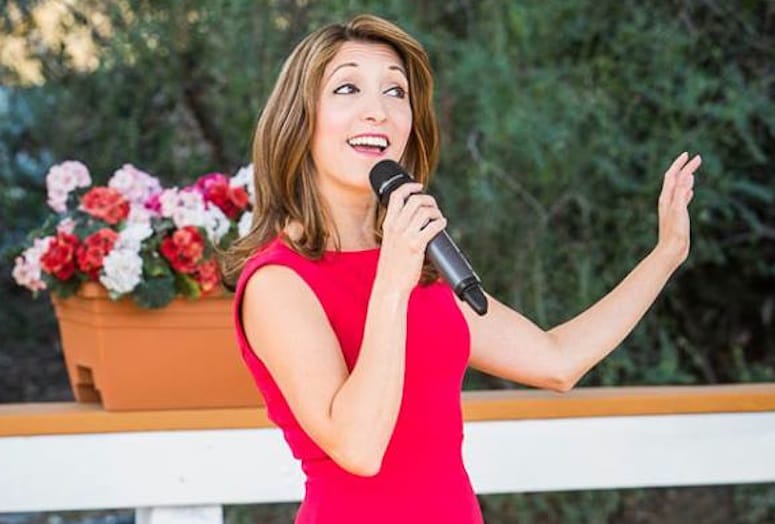 “I had posted videos on YouTube and someone in the UK reached out to me and asked if I would perform in London,” she says. “On a whim, I posted my impressionist interpretation of Total Eclipse of the Heart, singing voices, and in two days, it had over 2 million views.”

“All of a sudden, my show at the Hippodrome sold out,” she adds. “It changed my career because once the YouTube videos hit, people recognized me and it opened up an audience beyond New York’s avid theatergoers.”

Bianco has been performing professionally since she was a child exploring the opportunities offered by the culturally rich environment of New York City. However, she says it was a Disney film that changed her life.

“The Little Mermaid was the first music that resonated with me, and I knew I wanted to sing,” she says. “My all-time favorite movies are The Little Mermaid and Beauty and the Beast, and I believe it is one of the greatest musicals ever.” Diva Moments
Bianco’s success in Forbidden Broadway, the comic spoof on contemporary Broadway celebrities and shows, gave her the confidence to begin work on a solo show. She had always sung all types of music to maintain versatility for gaining more roles.

“I noticed audiences liked the Forbidden Broadway shows, and I thought about Broadway’s iconic divas for my own show,” Bianco says. “Doing impressions has enabled me to sing every style of music in one show.”

Bianco will bring Diva Moments to the West Coast for the first time, taking the stage June 21 at the Copa Palm Springs.

Her show has played to sold out audiences and she says, “It’s a wonderful feeling. The first time a sold-out audience was coming to see me I thought, ‘I can build an audience with this using other voices, but half my own so the audience can get to know me’." Get to know Christina

Bianco’s fame has led to gigs in TV, variety shows, and acting. While she says she would like to do more symphony work, do Broadway, or a West End show, audiences can see her talent on VH1’s new show, The Best of the 2000s, where she will be a “talking head” making comments as a pundit.

She has also been cast in Rainn Wilson’s (The Office) web series, The Impression Guy, as someone playing an impressionist. Her ultimate goal, however, is to pay homage to another special Disney character dear to her heart.

“I should get someone at Disney to write me Thumbelina,” she says. “Now, that would be my dream come true.”