Spotlight Shines on Yuh-Jung Youn for Role in "Minari" 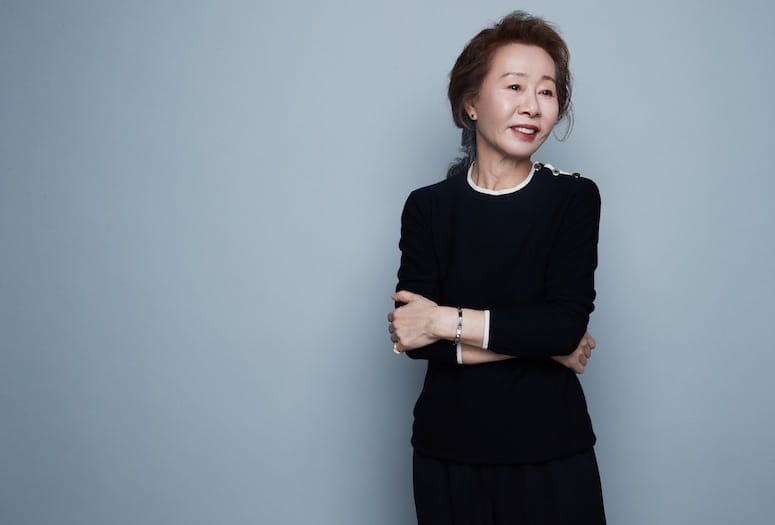 Yuh-Jung Youn portrays the grandmother of a Korean-American family that suddenly moves from California to a farm in Arkansas.
PHOTOGRAPH COURTESY OF HOOK

Legendary Korean star Yuh-Jung Youn will be the recipient of the 2021 Spotlight Award, Actress for her role in Minari by the Palm Springs International Film Festival.

“In her first-ever American feature film, Minari, Yuh-Jung Youn wonderfully portrays a feisty and foul-mouthed grandmother whose Korean-American family has suddenly moved from California to a hardscrabble farm in Arkansas. Hers is a performance that crosses culture and language, one that fully reveals the skills of her long, brilliant career,” says Festival Chairman Harold Matzner.

Prior to honoree Jennifer Lopez last year, past recipients of the Spotlight Award, Actress include Amy Adams, Jessica Chastain, Helen Hunt, Allison Janney, Rooney Mara, and Julia Roberts, all six of which received Academy Award nominations in the year they were honored, with Janney winning an Oscar for Best Supporting Actress.

The Palm Springs International Film Festival and Film Awards Gala will not take place as an in-person event this year, but honoree selections will be announced to recognize this year’s great performances. Entertainment Tonight will air a tribute to the honorees on Feb. 25.

The fourth film written and directed by Lee Isaac Chung, Minari is a tender and funny ode to how one generation of a family risks everything to plant dreams for the next. Named for a peppery Korean herb, Minari spotlights Korean-American patriarch Jacob (Steven Yeun), who moves his family from California to a farm in Arkansas in search of the American Dream. The rest of his clan is flummoxed by their unforeseen move to a new life on a piece of land in the far-flung Ozarks.

But it is two unlikely family members at opposite ends of the spectrum — wide-eyed, unruly seven-year-old David (Alan Kim), and sly, foul-mouthed, yet loving grandmother Soonja (Youn) — who start to hew the family’s new path. In the midst of profound change and challenges, they all soon learn how to be resilient and what really makes a home. For the role, Youn received a Best Supporting Actress SAG and Critics Choice Award nominations.

Beloved by audiences around the world, Youn has starred in many of Korea’s most revered films and television series in a career that spans five decades. After becoming a star in her first film, Woman of Fire, in 1971, she has taken on memorable roles in over 80 television series and close to 30 feature films and has won countless awards. Recently, her reality television show, Youn’s Kitchen, became one of Korea’s highest-rated shows and revitalized her popularity amongst a new generation of Korean audiences. She received international acclaim for her appearances at the Cannes Film Festival for The Housemaid and The Taste of Money, and she starred in her first American, English-language series as Minjung in the Netflix drama Sense8, by the Wachowskis.