Guests are transported into Van Gogh’s world through an all new, exclusively designed space comprised of three areas that segue fluidly into each other.
PHOTOGRAPH BY TIMOTHY NORRIS

The Palm Springs Cultural Center will join the international celebration of Italian film director Federico Fellini’s (1920–1993) centennial with screenings of his masterpieces as part of the Fellini 100 Tour. His films will screen the first Friday of the month, September through December. Fellini’s films are known for their surreal, dream-like imagery and eccentric characters, often combining a playful carnival-like atmosphere with biting social critique.

The four-time Grammy Award-winning rocker performs with her husband at Agua Caliente Resort Casino Spa. Acknowledged as the leading female rock vocalist of the 1980s, Benatar was nominated nine times for Grammy Awards for Best Rock Vocal Performance (female), winning an unprecedented four Grammy Awards in consecutive years from 1980 to 1983.

Chip Nicholson was selected as Best of San Diego’s La Jolla Comedy Store and is a regular at the MadHouse Comedy Club, The Comedy Palace, and American Comedy Company. He headlines Caliente Comedy, featuring some of the biggest touring comics from Comedy Central, Netflix, HBO, SNL, Conan, America’s Got Talent, Showtime and more. 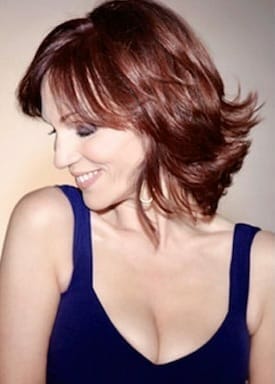 You may remember her from the sitcom, Taxi, but she can also sing. Henner makes her Purple Room debut pulling songs from her cabaret show, Music & Memories, that take you on her decades-long career filed with broadway shows, movies, TV shows, and three husbands.

This Neil Simon play, set to run at the Palm Canyon Theatre, is a semi-autobiographical storyline brought alive by the character Eugene Morris Jerome, who at 18 is drafted into the U.S. Army during World War II. His basic training experiences include meeting a variety of soldiers, especially Arnold Epstein and platoon leader Sergeant Merwin J. Toomey.

The Street Fair is back after a summer break, open Saturdays and Sundays from 8 a.m. to 2 p.m. Proceeds support College of the Desert students by raising money for the Alumni Association, which provides scholarships, financial aid, and other programs and projects that advance the educational needs of students.

Actress, comedienne, and former NFL cheerleader, Anjelah Johnson-Reyes will bring her “Who Do I Think I Am?” tour to Agua Caliente Resort Casino Spa.Shes became an internet sensation with her viral video “Nail Salon,” which led to many stand-up, television, and film opportunities. 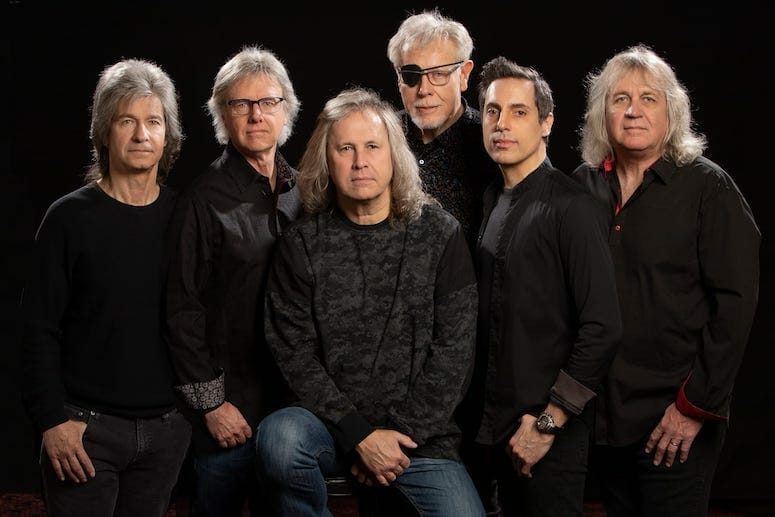 With a legendary career spanning nearly five decades, Kansas has firmly established itself as one of America’s iconic classic rock bands. This “garage band” from Topeka released their debut album in 1974 and have gone on to sell more than 30 million albums worldwide. See them at Fantasy Springs Resort Casino in Indio.

Sean Milanovich will focus on the Serrano, Chemehuevi, and Cahuilla Indigenous People of the 29 Palms Region. A member of the Agua Caliente Band of Cahuilla Indians who comes from a long line of leaders, Milanovich grew up on the reservation on the eastern base of the San Jacinto Mountains. The lecture takes place at the 29 Palms Historical Society.

SON OF THE VELVET RAT: SEPT. 9

Son of the Velvet Rat is the solo project of Georg Altziebler, Austrian musician based part-time in the Mojave desert. Upon returning to the desert, Altziebler will present an acoustic show inside the Harrison House. Altziebler songs build on the cabaret traditions of old world masters like Georges Brassesn, Jacques Brel, and Fabrizio De Andre, now fused with the dark Old Testament prophecy and cabalistic visions conjured by New World visionaries Townes Van Zandt, Leonard Cohen, or Bob Dylan. 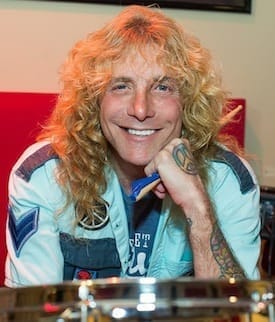 One of rock’s most legendary and recognizable drummers, Steve Adler of Guns N’ Roses is headed to Agua Caliente Resort Casino Spa to perform the band’s iconic hits. He is best known as the founding drummer of Guns N’ Roses, which became one of the most influential, groundbreaking hard rock bands to emerge from the late-80′s L.A. hard rock scene.

The LGBTQ+ Film Festival opens with a reception to view the work of gay artist Marconi Calindas on Sept 10, and continues with in-person screenings to mark its 15th anniversary.

His successful climb began in 2012 with the album, El Muchacho, which hit No. 1 on Billboard’s Top Latin Album chart. See him at Morongo Casino Resort & Spa.

Hailed as one of the “most important bands in music since the dawn of the rock and roll era,” the legendary rock band, Chicago, takes the stage at Fantasy Springs Resort Casino. The group recently received the Recording Academy’s Lifetime Achievement Award from the Grammys. The prestigious award celebrates performers who have made outstanding contributions of artistic significance to the field of recording. 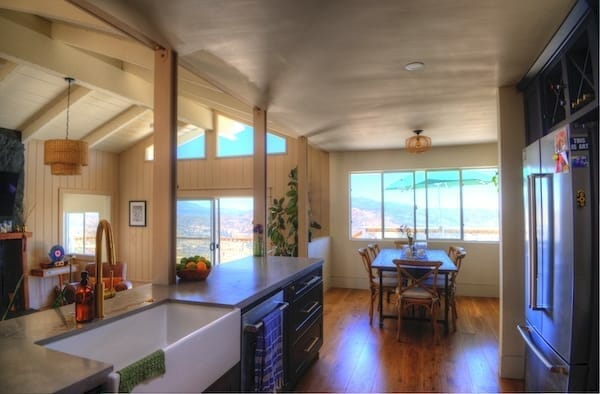 Tour five unique mountain homes to help raise money for the Idyllwild Area Historical Society and Museum. This annual event is back for the first time since 2019. While you are there, stop in at the museum to gain directions to The Hidden Lodge, where Elvis Presley filmed a big portion of Kid Galahad, alongside Charles Bronson, Gig Young, and Ed Asner.

John Garcia and the Band of Gold and Billy Steinberg headline a benefit concert at 8 p.m. at the Annenberg. The winner is Coachella Valley pets. The money will go toward funding scholarships for veterinary technicians, which are sorely understaffed at vet practices across the desert. The initiative came from Amy's Purpose, a nonprofit created by DeAnn Lubell to warn of pet predators and expanded after she had trouble having her own dog seen by a vet.

Known for his scene stealing abilities, actor, producer, writer and comedian Ken Jeong has established himself as one of today’s top comedic stars. He can be seen as a judge on the FOX hit celebrity reality singing competition, The Masked Singer. McHale is an actor, comedian, and television host who can currently be seen in Season 2 of the DC Universe series Stargirl on the CW and Queenpins, a comedy based on a true story, alongside Kristen Bell as her husband now streaming on Paramount+. See them together at Agua Caliente Resort Casino Spa.

This monthly series leads up to the Rancho Mirage Writers Festival in early February. September features author Ashey Weaver, who will discuss her new book, The Key to Deceit, a World War II mystery. 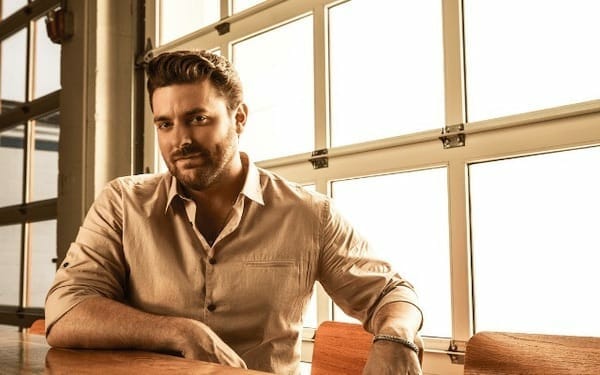 Multi-Platinum global entertainer Chris Young will bring his hit-packed show to Fantasy Springs Resort Casino. Young has accumulated an impressive list of accomplishments, including membership in the iconic Grand Ole Opry, nearly 5 bllion on-demand streams, 13 million singles sold, 12 career No. 1 singles, as well as wins for Performance of the Year and Collaborative Video of the Year at the CMT Music Awards. These accomplishments and more landed him in the Top 20 of Billboard’s top country artists of the decade.

Join The Laugh Cellar and Kimpton Rowan Palm Springs on the rooftop at the Kimpton’s 4 Saints Rooftop Bar + Restaurant. The unique experience starts with wine tasting conducted by Wine Spies, and moves on to comedians Frances Dilorinzo and Aiko Tanaka. Wine Spies delivers a wide variety of wines, from well known Napa cult superstars and rarely-seen imports, to fresh discoveries and daily-drinkers under $20. Dilorinzo has made inroads with her Dry Bar Comedy Special, while Tanaka appeared in the The Fast and the Furious: Tokyo Drift and was featured in the Justin Lin mockumentary film, Finishing the Game, about Bruce Lee’s last film. She has been featured on The Jim Jeffries Show, The Howard Stern Show, and most recently in Comedy Central Stand-Up Asia! Live.

The work of Petra Cortright, a leading figure in what is sometimes referred to as the “Post-Internet Art” movement, will be exhibited this fall at Palm Springs Art Museum. Cortright makes art in genres such as landscape and portraiture by using tools, sources, formats, and platforms native to the age of the internet and digital technology. Cortright was born in 1986 in Santa Barbara, California, and lives and works in Los Angeles.

Imagine being completely immersed in more than 300 of the greatest works of post-Impressionist artist Vincent Van Gogh. Now imagine experiencing all of this art liberated from its two-dimensional limitations into a three-dimensional experience that exhilarates every sense and brings to life one of the most influential artists the world has known. You will see recognizable classics such as “The Starry Night,” “Sunflowers,” and “Café Terrace at Night,” as well as many revealing self-portraits. The exhibit, set for the Forum at the Empire Polo Club in Indio, opens Sept. 30 and runs through Nov. 27.

PS HomeBoys presents the second annual Pride Under The Pines, bringing desert heat to the cool gay heights for a day of out-and-proud food, fun, artists, vendors and fabulous entertainment. Dancing is a given, with live trax spun by DJ Galaxy from K-Gay and an interactive screening of The Birdcage hosted by drag superstar Sabryna Williams and transgender singer/songwriter Alexa Abraxas. Featured performer for the day is Thea Austin, known for the wildly popular German Eurodance sensation, “Rhythm is a Dancer.”