Things to Do in March 2019 in Greater Palm Springs 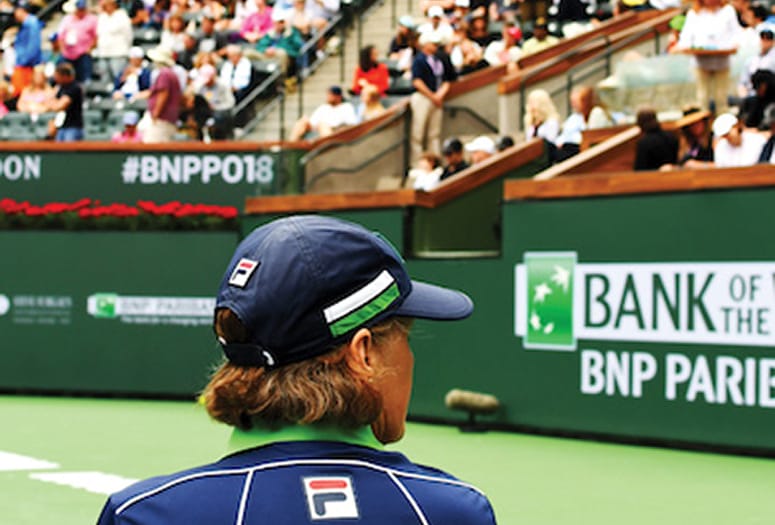 A scene from the 2018 BNP Paribas Open.
PHOTOGRAPH BY @BEARLEADERCHRONICLE

More than 450,000 people attend the two-week event to watch the greats battle it out for almost $16 million in prize money. The lushly landscaped venue has seen continued upgrades since its 2000 debut that push the boundaries of traditional sporting facilities — open-air plazas where you’re likely to rub elbows with players, state-of-the-art suites, and concessions that beat out off-site dining options. 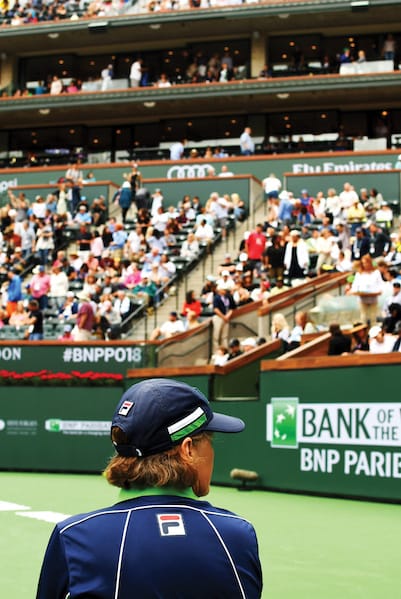 A scene from the 2018 BNP Paribas Open
PHOTOGRAPH BY @BEARLEADERCHRONICLE

Strange and wonderful curiosities appear across the Coachella Valley and down to the Salton Sea as the second iteration of Desert X unfolds. Bring your camera and make a day of it.

Most famous as a vocalist for the Doobie Brothers, Michael McDonald has also performed and collaborated with Van Halen, Aretha Franklin, and Kenny Loggins. The five-time Grammy winner plays Fantasy Springs Resort Casino in Indio.

If you ever repurposed saucepans as a drum set you’ll appreciate the musical genius of Stomp, in which performers fashion everyday objects into percussion instruments. Spirited beats combine with acrobatics and dance for a show at the McCallum Theatre in Palm Desert.

Local theater company Dezart Performs takes on this gutsy drama about race relations and the complicated friendship between a wealthy white man and a single black mother who meet while riding the bus. See it at Palm Springs’ Pearl McManus Theater.

Paint dabs in colors ranging from earthy to explosive create familiar landscapes in this exhibition by plein air painter Cynthia Rosen, on view at Desert Art Collection in Palm Desert.

Katie Crutchfield named her musical project, Waxahatchee, after a river in her native Alabama. The singer-songwriter headlines a show at Pappy & Harriet’s in Pioneertown with “cosmic American” openers Bonny Doon. pappyandharriets.com 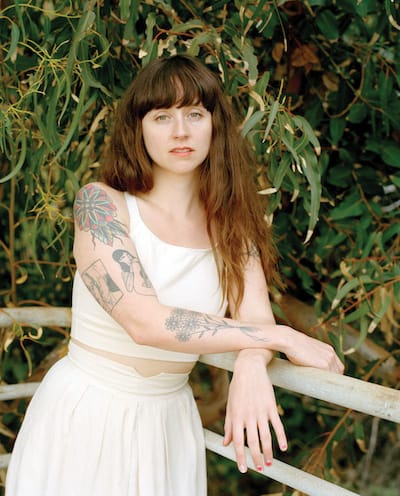 Their meteoric rise in the 1960s is well-documented in Broadway’s Jersey Boys, but “Big Girls Don’t Cry” was a classic long before any jukebox musical. The original Jersey Boys make an appearance at Fantasy Springs.

Seinfeld’s sitcom (and instantly recognizable synth-bass theme) still get traction on TV and the internet, but nowadays the funnyman is revisiting his stand-up roots. Catch his set at Agua Caliente Casino. 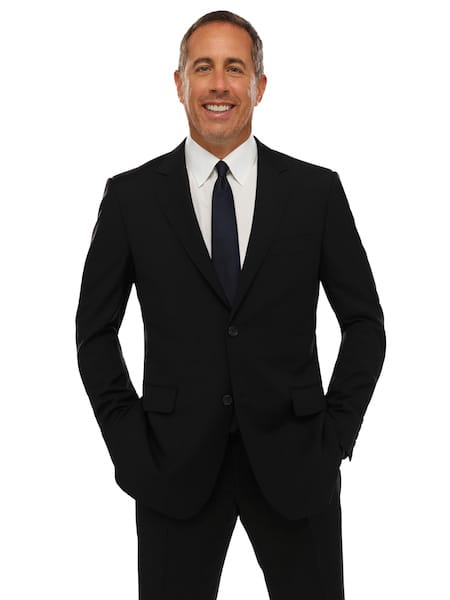 This free festival highlights the desert during its (arguably) most beautiful time: spring when wildflowers transform the Coachella Valley into a vibrant riot of yellows, purples, and pinks. Typically held in the flora-dappled foothills of the Santa Rosa and San Jacinto Mountains National Monument, the event this year will instead take place at Palm Desert Civic Center Park due to the record-breaking government shutdown and forced closure (and ensuing cleanup) of national parks.

A strip of Miles Avenue between Oasis and Smurr streets in Indio becomes a massive canvas for extraordinary works of chalk art. Explore the “gallery” while enjoying food, refreshments, and live entertainment.

15. GROOVE — The Limeliters and The Brothers Four / March 3

Folk favorites team up for a double feature at the McCallum, playing standbys like “A Dollar Down” and “Greenfields.”

Talk about a full-body workout! Swim, bike, and run your way to the finish in this scenic race through La Quinta’s Lake Cahuilla Recreation Area.

The Spanish guitarist takes McCallum audiences on a journey through the guitar’s ever-shifting repertoire across the Americas, from the sensual sounds of Brazil to the bright twang of Appalachia’s bluegrass.

Seeking one-of-a-kind wearables? Look no further than this event at Hyatt Palm Springs, where 40 studio artists will offer handmade jewelry, apparel, and accessories.

A half-century of iconic rock, from Buddy Holly to Billy Joel, takes over the McCallum for a matinée and two evening performances.

Oregon Ballet Theatre performs an expressive interpretation of Gershwin’s composition at the McCallum.

When Terry Fator won America’s Got Talent in 2007 and went home with $1 million, he didn’t share a dime with his costars — they’re all puppets. See the ventriloquist and 15 of his funny (but faux) friends perform celebrity impressions at Fantasy Springs.

The accordion-laced tunes of this Toronto-based, Irish-born band offer McCallum audiences a taste of the Emerald Isle.

Indigenous filmmakers shine at this festival celebrating films by, about, and starring Native Americans, now in its 18th year. Panel discussions offer audiences at the Mary Pickford theater in Cathedral City an opportunity to learn more about the artists’ inspirations and processes.

Desert Theatreworks presents its rendition of the 1980s movie and ensuing Tony Award-winning musical at the Indio Performing Arts Center.

James Glisson, interim curator of American Art at the Huntington Library, Art Collections, and Botanical Gardens in Pasadena, California, examines the works of modernist artists Henrietta Shore, Agnes Pelton, and Helen Lundeberg and their role in the “Smoketree School” in a discussion at Desert Art Center in Palm Springs.

UC Riverside’s Palm Desert campus hosts a performance of this riveting one-man play based on the true story of concentration camp survivor and Nazi hunter Simon Wiesenthal, who worked for decades to identify and bring to justice more than 1,100 Nazi war criminals.

Being a superhero for shelter animals doesn’t require knowing how to fly, but you’re welcome to don a cape for this day of fitness and fundraising at the Rancho Mirage Community Park.

Elton John is a fan of this classical-crossover opera band. Find out if you agree when they perform at the McCallum Theatre in Palm Desert. 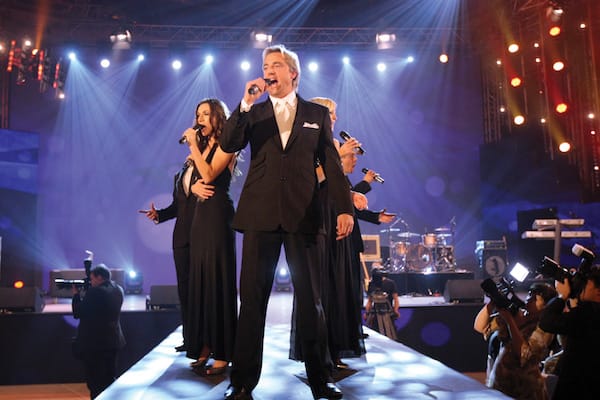 Bollywood makes its way to the McCallum in this dance spectacular packed with vibrant traditional costumes and elaborate sets. mccallumtheatre.com

This adaption of the 1975 movie Monty Python and the Holy Grail riffs on classic film and Broadway scenes in typical Python style. Complete with flying cows, killer rabbits, and actual Spam, the irreverent rendition of the legend of King Arthur was met with mixed reactions from former Monty Python players but raving reviews from critics. Experience the three-time Tony winner at the McCallum. 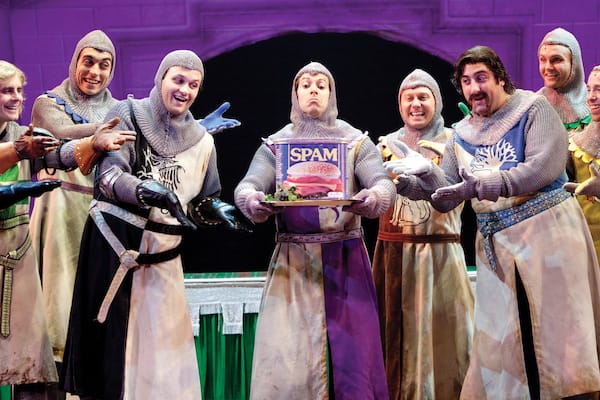 The Coachella Valley History Museum in Indio celebrates the desert’s diverse cultures, craftspeople, and cuisine with this festival chronicling the contributions of indigenous peoples and early settlers. cvhm.org

The history of the food truck dates back to the 1800s and the “chuckwagons” that once fed cowboys during long stretches of herding. Now, they’re an integral part of the street food scene and serve up everything from lobster rolls to macarons. Get your fix when the USA Today Network brings its foodie fair to Cathedral City’s Town Square Park. discovercathedralcity.com 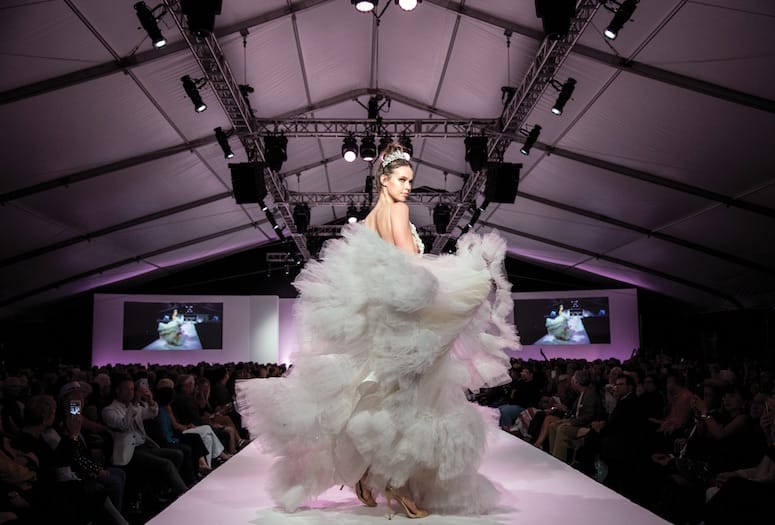 Designers who have dressed such A-listers as Gwyneth Paltrow and Kim Kardashian send styles down the 100-foot catwalk at the country’s largest direct-to-consumer runway event. Shows range from former Project Runway competitors to red-carpet favorite Gustavo Cadile to Lela Rose.

This interactive National Geographic presentation at the McCallum takes audiences beyond the iconic yellow border and behind the scenes with extreme filmmaker Bryan Smith, whose adventures have taken him from the wilds of Papua New Guinea to Niagara Falls.

Fans of a certain Fox Network show about a squad of singing high schoolers will be Glee-ful upon learning of star Matthew Morrison’s appearance at the McCallum Theatre. The actor and singer performs alongside the local Desert Symphony.

Born without his left hand, Wesley Eisold turned to vocals and electronic beats as a means of expressing his musical inclinations. Immerse in his band Cold Cave’s darkwave sound at Pappy & Harriet’s. Detroit duo Adult and post-punk group Sextile open.

All those sonnets had to be inspired by someone. This play (based on the acclaimed 1998 movie) imagines an ardent love affair between the bard and a wealthy merchant’s daughter. Watch the tale unfold at Palm Canyon Theatre in Palm Springs.

The Wicked star moves effortlessly between screen and stage — and has the Emmy and Tony awards to prove it. Hear her best-loved songs at the McCallum.

Stu Cook and Cosmo Clifford, founding members of the band behind such hits as “Proud Mary” and “Down on the Corner,” bring old favorites to Fantasy Springs. 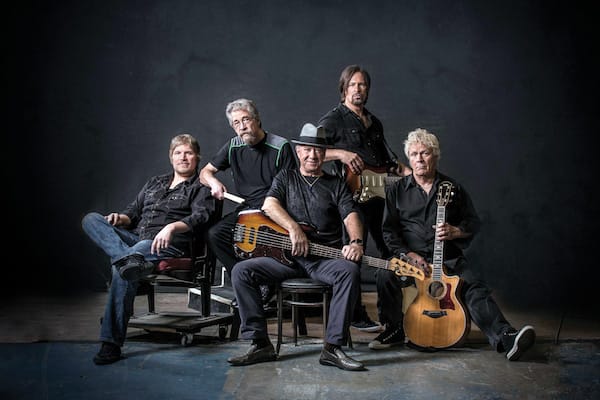 More than 30 local and celebrity chefs, including Food Network stars Scott Conant, Antonia Lofaso, and Fabio Viviani, descend upon The Gardens on El Paseo for this three-day culinary experience. Hungry? Reserve your tickets for the chef demonstrations, food and drink tastings, and exclusive auxiliary events now.

Two male actors play a revolving cast of 20 eccentric characters in this comedy that simultaneously celebrates and satirizes small-town Southern life. Take a trip to the fictional town of Tuna, Texas, at the Annenberg Theater in Palm Springs.

Local artists offer visitors the chance to peek inside their private studios. Pick up the official guidebook, and see the accompanying pop-up gallery, at Rancho Mirage Public Library.

Vogue called Frank Ferrante’s portrayal of the legendary Marx brother “uncanny,” and even Groucho’s daughter has given him glowing reviews. Catch the acclaimed comedy act at the McCallum.

The world’s best-selling magic tour, featuring six illusionists, appears on the Fantasy Springs stage for a night of death-defying stunts and mind-boggling tricks. 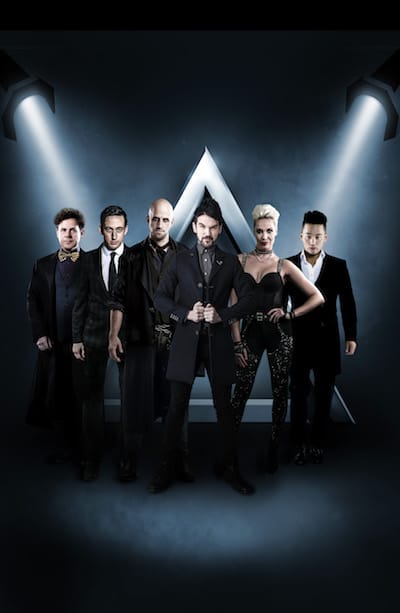 The Indian Wells Tennis Garden transforms into an artisan village for this annual arts festival, now in its 17th year. Regularly ranked among the 100 best fine art shows in the country by Sunshine Artist magazine, the event hosts 200 contemporary and traditional artists from around the world who vie for awards in 31 categories, sell their work, and showcase their skills in live demonstrations.

Attention anyone who has exhausted the documentary category on Netflix: Scoop up tickets for this fantastic fest, which brings more than 170 thought-provoking films to theaters in Palm Springs, Rancho Mirage, and Palm Desert. Past honoree attendees include George Takei, Oliver Stone, and Shia LaBeouf.

Tony Award-winning tapper Savion Glover fronts a team of dancers who break it down to a six-piece band on the McCallum Theatre stage.

This K-pop singer appeared on the “mystery music game show” I Can See Your Voice in 2015 and has since become one of Korea’s most prominent celebrities. Hear him live at Agua Caliente Casino Resort Spa.