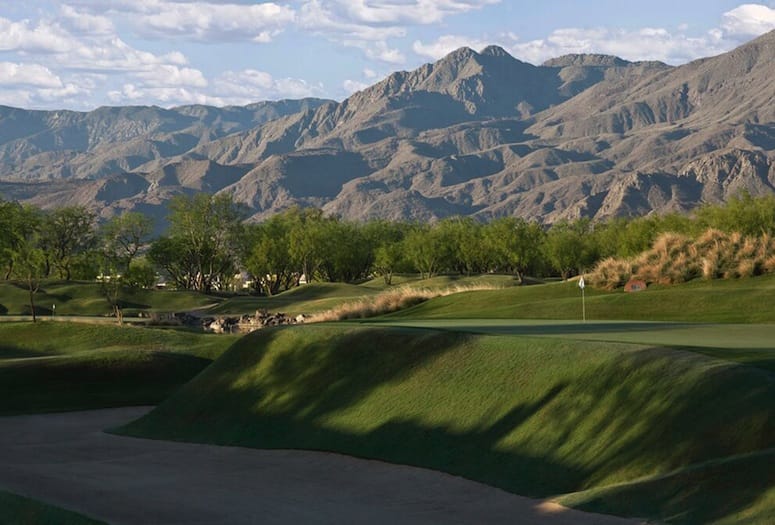 The 16th hole at The Stadium Course at PGA West has a massive dune bunker to conquer.
PHOTO COURTESY OF PGA WEST

Sporting a playing field that includes defending champ Jason Dufner, two-time major winner Zach Johnson, Ryder Cup hero Patrick Reed, and — yes — perhaps Hall of Famer Phil Mickelson (who underwent a second sports hernia procedure in December and, while he remains the challenge ambassador, it is still uncertain whether he will play), the birdie-laden CareerBuilder Challenge appears to ensure another highly-entertaining shootout.

As for the holes the world’s best are attacking, keep your eyes on these seven key challenges across the trio of tracks.

16th hole at The Stadium Course at PGA West
Nicknamed “San Andreas Fault,” the burly, 600-yard par-5 sports a massive dune bunker in the deep left fairway that encircles the back of the green. As Mickelson demonstrated in 2016, getting up and down from these depths is a beast, even for one of the best short game players in golf’s history. 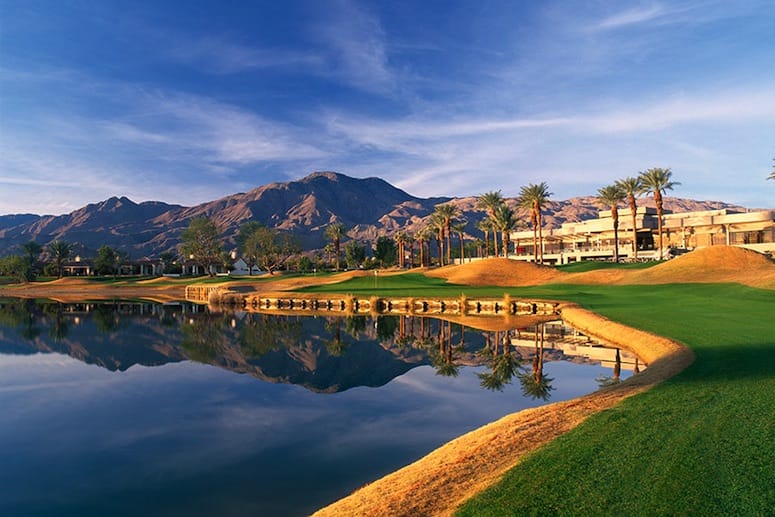 Nos. 9 and 18 at Jack Nicklaus Tournament Course
Consider these two holes a two-for-one, as spectators can watch players attack both pins on one massive, shared green adjacent to the Stadium clubhouse. The 9th is Nicklaus’ top-handicap hole (a rough one for you and I), stretching to a lengthy, 461-yard par-4 that teases players into gunning for front pins with water short and left of the putting surface. The home hole isn’t a bargain either, with intimidating dune bunkering, water running along the right of the fairway, and little bailout around the bunker-laden green. 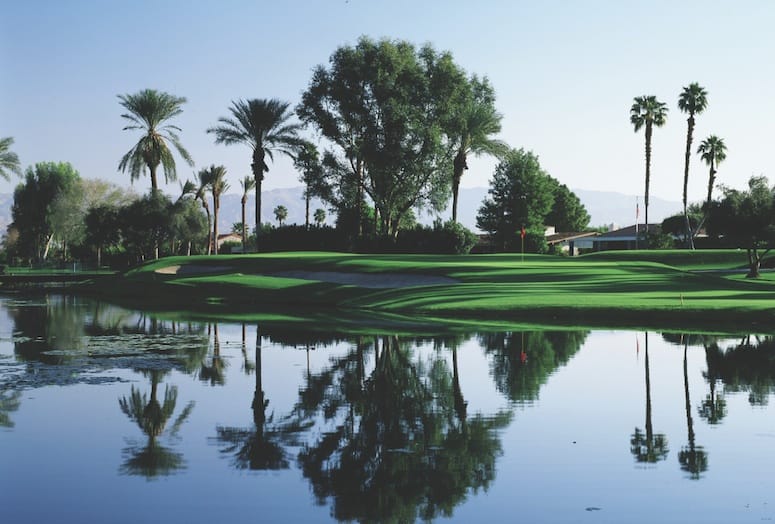 PHOTO COURTESY OF LA QUINTA COUNTRY CLUB
Although this photo is not of either Hole No. 5 or 6, there are treacherous waters running through the course.

Nos. 5 and 6 at La Quinta Country Club
Alright, we’re doubling up on holes again here, but these back-to-back par 5s at La Quinta Country Club combine for a mere 1,043 yards and they often, if not always, play a huge role in the event’s scoring outcome. Whether on-site or not, take a look at the CareerBuilder’s online live leaderboard and keep an eye on players’ moves after playing these holes in two- or even three-under par. 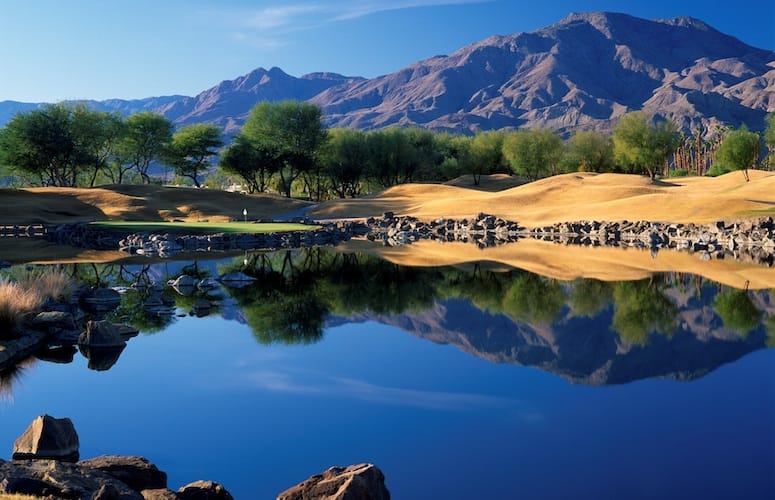 PHOTO COURTESY OF PGA WEST
The 17th hole at The Stadium Course at PGA West is also known as “Alcatraz.”

17th hole at The Stadium Course at PGA West
Greater Palm Springs’ most famed hole, “Alcatraz,” lived up to its billing in 2016. Tournament champ Jason Dufner authored one of the most memorable moments of the golf season by getting up and down from the island green’s rocky surrounds en route to grabbing his fourth PGA Tour title. Tipping at a mere 168-yards, the par-3 favors intimidation over distance, and will prove the event’s premier spectating spot. Don’t miss this one.

15th hole on Jack Nicklaus Tournament Course
One of the most engaging things about watching the pros attack a public course is gauging how they play the holes that make most midhandicappers struggle. The Nicklaus’ 572-yard par-5 15th is a perfect example. After finding the inviting landing area from the tee, the three-shot hole often bests amateurs with an island green that demands a carefully lofted wedge. Otherwise, you’ll watch your approach bound into the water or a testy bunker guarding either side of the putting surface.

Judd Spicer is a member of the Golf Writers Association of America. Have a golf tip or golf story idea to share? E-mail Judd: thespicerboys@msn.com. Listen to Judd and co-host Matt McKay on “The Press Box,” Sunday mornings from 8 -10 a.m. on ESPN 103.9 FM – Palm Springs.