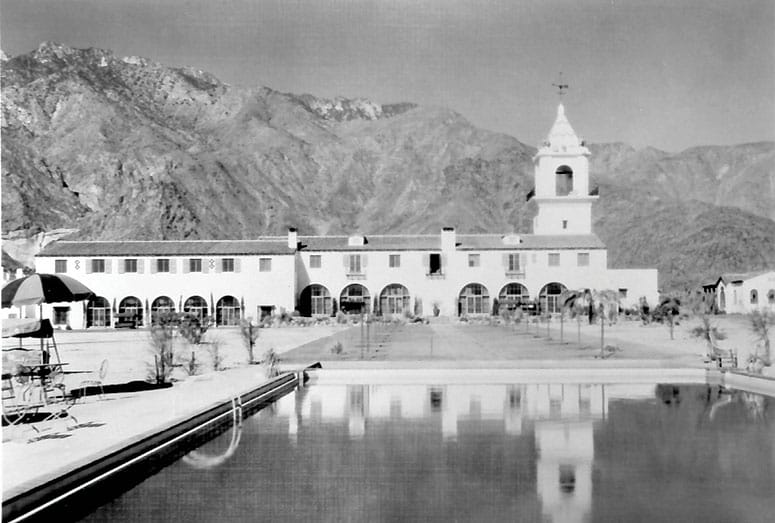 The stock market crash of October 1929 brought the party to a standstill. Stevens, unable to sustain the debt, sold the hotel at auction in 1932 for $300,000. The new owners hired Tony Burke and, later, Frank Bogert, to publicize the property. Innovative and creative, they invited photographers and news cameramen to stay for free, and established Palm Springs as an international playground.

The hotel’s heyday hit another rough patch in the summer of 1942 when the United States entered World War II. The U.S. Army bought and converted the hotel into the 1,600-bed Torney General Hospital for wounded soldiers. After the war, El Mirador saw several different owners until it reopened in 1952. In the interim, the 38-bed Palm Springs Community Hospital — later named Desert Hospital — opened adjacent to the hotel grounds.

Purchasing the entire property in 1972, Desert Hospital transformed the once-glamorous hotel into a modern hospital. In 1989, hours after the hospital’s board of directors voted to reinforce the fragile El Mirador bell tower and reconstruct its one remaining building, a fire destroyed them both. The hospital moved quickly to rebuild the tower from the original plans, and it reopened in 1991.