Bryan Lebedevitch Lends His Expertise to My Ugly Swing 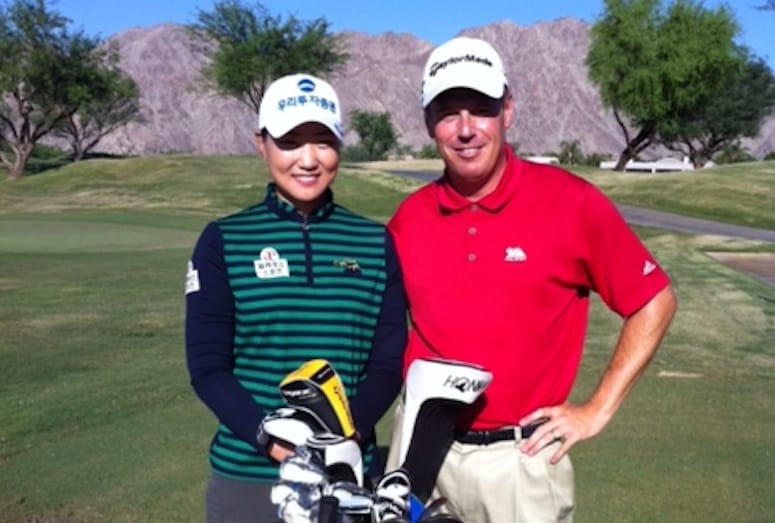 "Pretend I'm not here," says Bryan Lebedevitch as I grab an 8-iron and take to the practice tee at the PGA West Golf Academy.

That’s easier said than done as I take 10 cuts with my ugly swing before the knowing eye (and video) of one of the desert's most lauded instructors.

A teacher at PGA West since 1998, Lebedevitch has been a fixture in Golf Digest's "Best" instructional ranks in recent years (Best in California and Best Young Teachers among the myriad recognitions).

Foremost amid his host of accomplishments, Lebedevitch holds the renown of having taken Cristie Kerr to a pair of major championship wins while she became the first American to grab the No. 1 spot in the world's Rolex Rankings in 2010.

Kerr's full-time coach since 2004, Lebedevitch also works with a host of touring professionals, including South Korea's Mirim Lee, winner of two LPGA titles in her rookie season of 2014 and now the 17th-ranked player in the world.

"When working with talented players – and not just Tour professionals – it's more about helping the person mold themselves and trying to get the best that you can out of that person," Lebedevitch says.

"I look at each person as an individual who brings different sets, skills and problems," Lebedevitch says. "Really, what I'm trying to do is simplify things for the individual to help them get the most out of their own game. And that can be at the Tour level, or at the beginner level. It's just a question of the person that's in front of me."

VIDEO: Bryan Lebedevitch summarizes what Judd needs to focus on to assist his ball position and club swing.

My unconventional (albeit not altogether ineffective) swing duly recorded, we head back to Lebedevitch's office to analyze and discuss.

What I Can Improve: He offers a proposal to refine my set-up, beginning with an approach that starts with the clubhead behind the ball instead of my improper (and it is) address that included (yes, past tense) a feet-first address.

"You really have to tap into what makes a person 'tick,'" Lebedevitch says of his approach to teaching. "To tap into what gets the best work out of that person, how can you make them more comfortable with what they're doing, their decisions on the course; there are so many other things that go into golf instruction than just swinging."

Lebedevitch says he doesn't work with a set teaching methodology. My experience is totally personalized and adroit: 90-minutes of my swing, my club, my game and suggestions for my improvement.

With four rounds in the five days following our session, I refer to Lebedevitch's videos on a near-daily basis. And though change is hard, the results do come and, across the rounds, I indeed find more consistency in ball-striking.

In short time, it's easy to understand the accolades. And I can only hope that another 90-minutes with Bryan Lebedevitch is in my future.