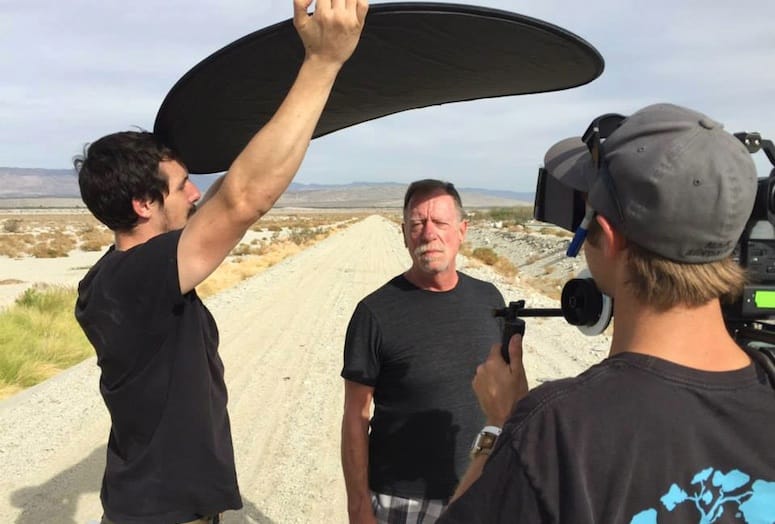 Shot entirely in and around Palm Springs, Desert Migration focuses its documentary camera on 13 gay men who are HIV-positive and have moved to the desert to rebuild their lives.

But what happens to these men who once thought they had been handed a death sentence when the disease becomes manageable?

Director Daniel Cardone explores that issue and more with Oscar-nominated producer Marc Smolowitz, who created the film for the HIV Story Project, a San Francisco non-profit organization that uses film, media, and storytelling to combat the global stigma of the disease. The Nov. 5 screening in Palm Springs benefits the Desert AIDS Project and the Palm Springs International Film Festival. One of the film’s subjects, Keith Epley, spoke to PalmSpringsLife.com about the filming process, life in Palm Springs, and seeing oneself on the big screen for the first time.

How did you get involved in this project?
“I’m a client of Desert AIDS Project, and about two and a half years ago, Daniel went there looking for volunteers. The subject sounded so interesting, and I thought maybe I could help make a difference.”

Did you have any apprehension about putting so much of yourself out there?
“Oh, yes. At first. But I could really see in my mind’s eye where he was going with this, and I felt this was going to be a tremendous documentary.”

One of the unique things about the film is that nobody talks directly to the camera. What was the process of filming?
“The first thing we did was an audio interview. Daniel posed the questions, which were fantastic. Then the second stage was the visual part. He would come to your place of residence or doctor’s office, wherever, to film. Then there was another round of audio, followed by the group doing the migration scene. And the next thing we knew — after two and a half years — it was put together.”

Desert Migration was an official selection at LA OutFest and the Paris LGBT Film Festival among others.

What was your reaction the first time you saw the finished film?
“To be honest, seeing yourself blown up that big was scary. To see how the face has been affected. [At one point] I got down to 95 pounds. That shrunken look is still on my face. That blew me away. Then to hear the rest of these guys’ stories takes you out of your pity party. And then, by the end of it, I’m crying. I’ve seen it three times, and I still cry at the end. It’s not sadness, it’s more of a kind of joy. It’s bittersweet, you might say.”

Why do you think Palm Springs has become a Mecca for people with HIV and AIDS?
“Speaking for myself, I came out here from Laguna Beach. At the time I had a partner, and we had a place in Palm Desert, a weekend home. And about 20 years ago, I thought, I love the weather. I could disappear here. There were great medical facilities here and an atmosphere of acceptance. Plus there were other men and women who were affected by this. We weren’t all sitting around whining. We were not merely surviving. Out here you could thrive with it. Thriving while surviving, to me, was a very important reason to come out here.”

How have people responded to you being in the film?
“It’s been interesting. My baby brother in Florida, he was like, ‘Dude, you look better than a year ago when I saw you!’ He’s thrilled about the documentary. This is a man who just retired from the Air Force.”

How do you feel about the possibly of there being a cure in the next year or so?
“We’re still a few years away from that. But a cure? Hell, yeah. Line me up. In the interim, let’s continue to donate. Be involved. Take part in studies for the UCSD Medical in San Diego. People with HIV and AIDS, get involved. The more we’re involved, the faster we’ll find these cures.”

Cardone, Smolowitz and the film’s subjects will conduct a Q&A after the film screens.