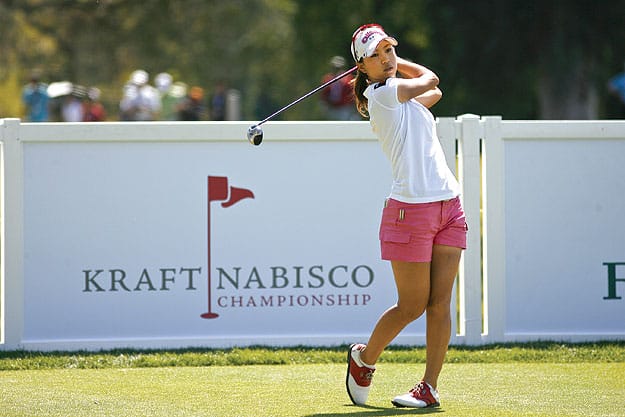 The biggest gasp at last year’s Kraft Nabisco Championship didn’t come when the winner of the LPGA’s first major of the season took a victory leap into Poppie’s Pond near the 18th green of Dinah Shore Tournament Course at Mission Hills Country Club. Instead, the highlight occurred minutes earlier when South Korea’s I.K. Kim missed a one-foot putt that would have garnered the first major championship prize of her career. The gaffe landed Kim in a playoff with fellow South Korean Sun Young Yoo, who triumphed with a one-hole win and a $300,000 payday.

The excitement returns to Rancho Mirage April 1-7. Aside from the Masters, Kraft Nabisco Championship is golf’s longest-running event continuously held at the same locale. In previous incarnations throughout its 42-year history, the tournament has been played and attended under the moniker of Kraft Nabisco Dinah Shore Tournament. It has been scheduled as the LPGA's first major since 1983.

An international and domestic roster of golfers returns to the venerable event, vying for a share of the $2 million purse. U.S. women have tasted victory only three times since Dottie Pepper won her second Kraft title in 2000.