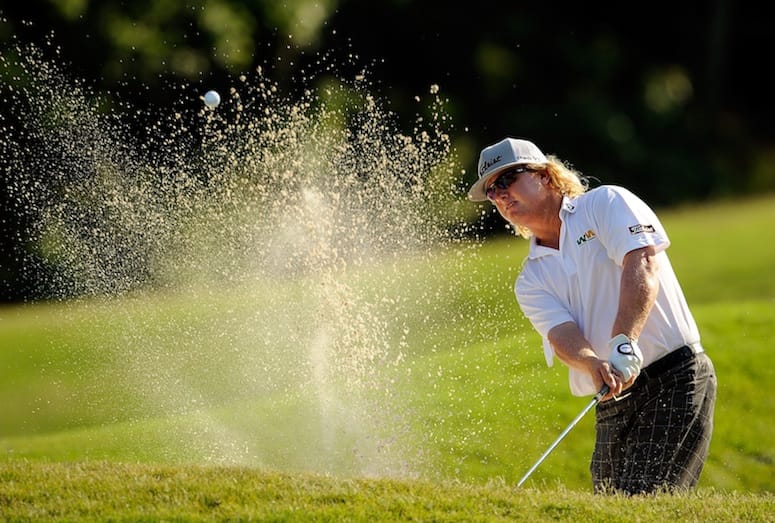 PGA Tour veteran Charley Hoffman is something of a “Hope”-ful local heading into this month's debut of the CareerBuilder Challenge in partnership with the Clinton Foundation.

A three-time Tour winner, the San Diego native grabbed the first of his titles in 2007, when the event was known as the Bob Hope Chrysler Classic.

In a chat exclusive to Palm Springs Life.com, the popular Hoffman – long loved for his former, flowing blonde locks (now shorn) — discussed his deep SoCal golf roots, along with the tournament's course rotation change to the Stadium and Nicklaus courses at PGA WEST in La Quinta. "I think that being a past champion I get some support, and also people driving over the mountain from San Diego is nice," says Hoffman, whose SoCal legacy includes being the first-ever, two-time CIF Southern Section individual golf champion.

Playing desert courses since he was in his teens, the now 39-year-old had some candid impression on the CB Challenge's new course rotation. "I played the Stadium and Nicklaus a few too many times in Q-School back in the day, though not to great success," Hoffman laughs.

One of 11 past champions (to date) in this year's field,tHoffman was one of five players to earn runner-up status at the 2014 Humana, falling by a shot to winner Bill Haas.

On the tournament’s new course rotation, however, the Tour's former Q-School format is indeed the most recent experience that many of the players have had with the infamous TPC Stadium.

"I do think it's unfortunate that . . . I think the tournament does its best when it's on the Palmer Private Course finish, but it's going to be close and the Stadium is a tougher golf course," Hoffman says. "But I've always said that the tournament is more about the amateurs than the tour pros. And, obviously, the Stadium Course is going to be a little harder for the amateurs and a little harder for us, so you won't see quite as many red numbers. There's always a recipe for disaster on that golf course, but that's sort of how Pete Dye designs his courses, to kind of keep you on edge. They're actually pretty fair courses, but, visually, they'll keep you on edge." Charley Hoffman is coming off a banner 2015 heading into next week's CareerBuilder Challenge.

Hoffman heads to the desert seemingly primed for a solid showing. In 2015, he authored career-bests in earnings (more than $4 million), top-10s (seven) and top-25s (a dozen).

"The stats don't lie, it was the best season of my career," Hoffman agrees. "But there are things I need to improve on. Of course, you can always make more putts. My short game feels pretty good and my iron game is alright; I'd like to get the ball in the fairway a little more often than I have. So I think my focus this offseason, more than anything, has been trying to find a few more fairways."