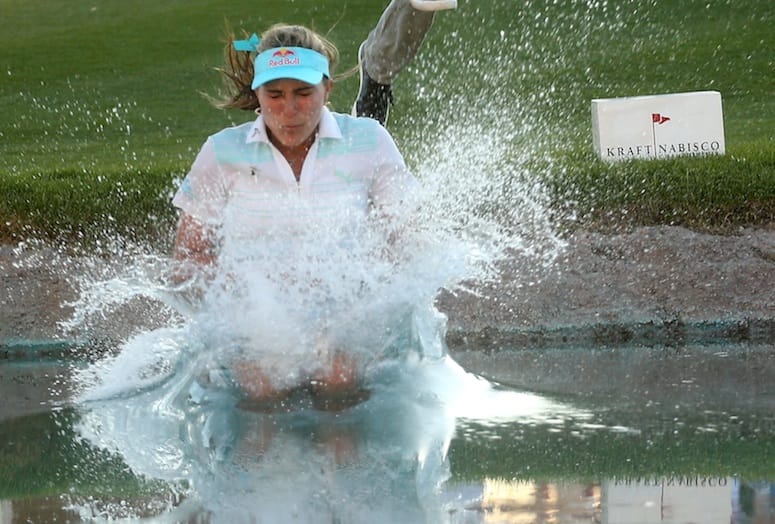 All Nippon Airways arrives in Rancho Mirage at the right time.

As the Dinah Shore Tournament Course at Mission Hills Country Club hosts the 44th annual playing of the ANA Inspiration, golf's first major of the season is sporting what may be the greatest field in the event's storied history.

That's not hyperbole, folks. Really, this tourney is stacked, with competitors ranging from the LPGA's youth movement to some of the game's most honored champions.

Will the world's top player, 17-year-old Lydia Ko, grab her seventh tour win and first major championship? Can Inbee Park claim her second ANA title in three years? What about Shanshan Feng, the 4th-ranked player on the globe who finished sixth at last year's event and has shown continued growth atop the ANA leaderboard in recent years?

Choices and storylines abound in what may well prove the most entertaining of any of golf's majors (men or women) this year.  Sorting through the myriad of worthy choices to win the debut ANA, here's the Spicer handicap:

Catriona Matthews should be in the mix.

The youth movement on the LPGA may well find some balance at the ANA, where experience with the Dinah's vast nuance always serves the vets well. Among them: 45-year-old Catriona Matthew of Scotland. Although she sports just four LPGA wins (and none since 2011), Matthew's ANA resume is rich with fine finishes. In 16 career ANA starts, she's been in the top seven on five occasions and was the event's runner-up in 2007 (where she was among of trio of players one-shot back).  Last year, Matthew was again in the mix before a Sunday 76. The ANA hasn't seen a repeat winner since Annika Sorenstam in 2001 and 2002, and I don't seen young Lexi breaking that streak.  The 20-year-old showed impressive mettle in her Sunday showdown with Michelle Wie last year, yet Lexi has yet to find another win since. Though she stayed hot last spring with three consecutive top-10s following her ANA win, Thompson hasn't had a top-5 finish in nearly a year. This field is just too deep to see Lexi making an earnest run at another dive. Like Matthew, Webb is among the LPGA's elder set (she turned 40 in December); yet unlike the Scot, Webb's C.V. is far more decorated with 41 tour wins to her credit (tied for 10th all-time). A two-time ANA winner (2000, 2006), the Aussie is always in ANA contention. She will make her 20th career start at the tourney. In her 19 previous appearances, Webb has crafted an astounding 11 finishes in the top eight. For Webb to return to Poppie's Pond, she would do so in historic fashion, joining Amy Alcott, Betsy King and Sorenstam as the event's only three-time winners. Ample fortitude will be required to outlast a field of this magnitude and the gritty Lewis is my pick to make this year’s dive.

So many great players to choose from, that it would come with little surprise if Ko, Park, Feng or Wie donned the winner's robe. But I'm going with Stacy Lewis to grab her second ANA title.
Along with being the most underrated quote in sports, Lewis is also one of golf's toughest competitors, and such fortitude will be required to outlast this field. The world's third-ranked player, Lewis has been a model of consistency with 10 of her 11 LPGA wins since 2011, and multiple wins in each of the last three years.
Seeking her first 2015 victory, Lewis returns to a course where she has four top-five finishes in seven starts, including her 2011 ANA title and a solo third last year.  And she's trending nicely for a debut win this year, with top-10 finishes in three of her four starts. Among the impressive depth of this field, look for Lewis to make the loudest splash. Inbee Park: The 2013 ANA champ. Park is the world’s No. 2 player and is coming off victory at the HSBC Women’s Champions.