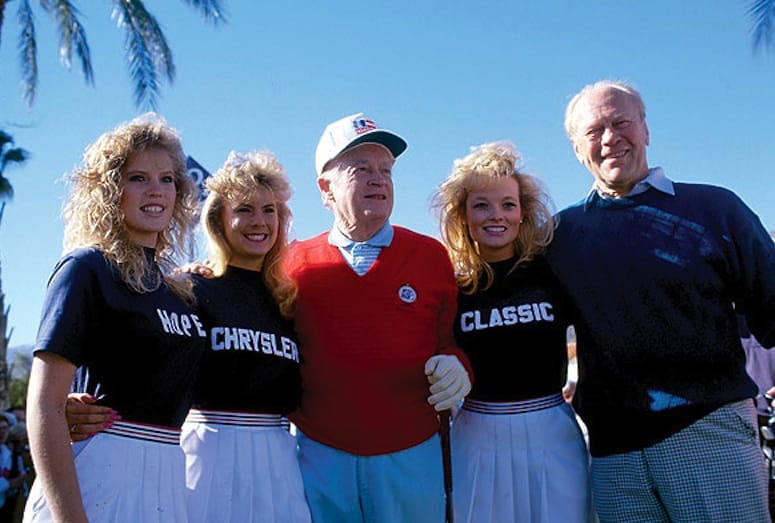 Whether in name, or in aim, hope is still very much a part of the desert golf scene.

Historic Tamarisk Country Club in Rancho Mirage will host "The Spring Pro-Am at Tamarisk" May 1, marking the club's return to pro-am golf since it last hosted the Bob Hope Classic in 2005.

Held in conjunction with the Desert Chapter of the Southern California PGA and Callaway Golf, proceeds from the event will benefit the Tracy Lane Foundation.

Lane, a Desert Chapter PGA member and highly-respected golf pro at the Palms Golf Club in La Quinta and The Reserve in Indian Wells, passed away at age 31 last year following her battle with cervical cancer. Together with husband Derek Lane, director of golf at The Quarry in La Quinta, the Foundation wasd founded to raise awareness and voice the need for early detection of cervical cancer. "Our golf committee determined it might be a good time to host a pro-am and our golf pro, Kyle Kelly, is very familiar with Derek Lane, the widower of Tracy Lane, who passed away from cancer last year," says Sandy Hertz, board member and golf chairman at Tamarisk.

Tamarisk is the second-oldest 18-hole course in the desert, and 18 times has been part of the Hope Classic rotation between 1960 and 2005,

"We decided that this was a good time to give something back to the community," adds Hertz.

Akin to the Hope pro-am format, the benefit will pair one professional with three amateur players. Teams compete in low-net competition while pros concurrently play low-gross for medalist honors and cash prizes. To date, approximately 20 teams are in play, with local clubs represented throughout the desert.

According to Kyle Kelly, head PGA professional at Tamarisk, participating clubs include: The Quarry, The Palms, Mission Hills C.C., Andalusia, Indian Ridge, Rancho La Quinta and The Springs among several others.

For Kelly, Tamarisk's return to its Hope years is more than just an opportunity for the storied club to re-open its course to tournament play.

"I've known Derek ever since I've been out here in the desert, and I'd play golf with both Derek and Tracy when we could get out in the summer," Kelly says.  "You won't meet a nicer guy than Derek, and Tracy was so much fun to be around; always smiling and happy and so great to play golf with."

To learn more about the Tracy Lane Foundation, visit www.tracylanefoundation.com