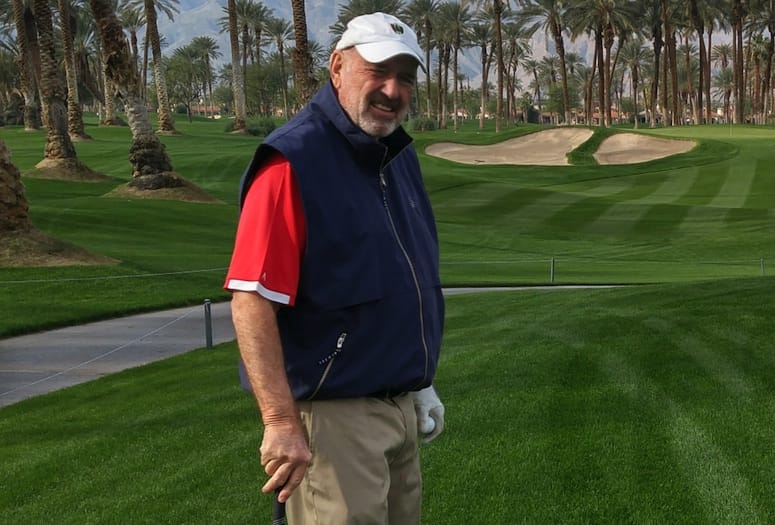 Barney Adams believes a growing senior population could bring much needed numbers to the game of golf.
PHOTO BY JUDD SPICER

What does that mean to the game of golf, which has seen dwindling numbers over the past decade?
Coachella Valley resident Barney Adams believes the opportunity to introduce the game of golf to this large audience is just waiting to happen.

“A lot of these people are going to be looking for something to do, and golf is a great outlet,” say Adams, 78, who founded eponymous Adams Golf, where he invented the extremely popular “Tight Lies” fairway wood and served as chairman until the company was bought out by then TaylorMade-Adidas in 2012.

“Lessons designed specifically for senior players creates age-oriented instruction while also recognizing that physical limitations can be an issue.”Barney Adams 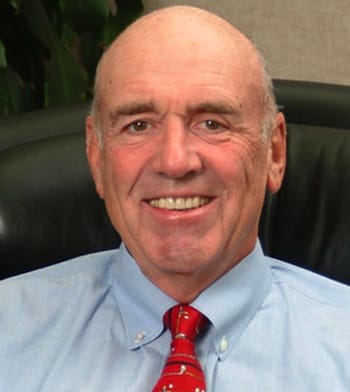 “Lessons are a really good way to prepare for that, and for those that are beginners, what I’m saying is don’t stick these seniors in a class with other beginners where they might be forced into a class with 10-year-olds,” he continues. “Lessons designed specifically for senior players creates age-oriented instruction while also recognizing that physical limitations can be an issue.”

Revered for his entrepreneurial spirit and business savvy, the amiable, candid, and comically self-deprecating Adams, author of “The WOW Factor,” shares his thoughts on golf with Palm Springs Life across two conversations in recent months.

PSL: In recent years, your “Tee it Forward” concept, in an effort to get players to move up a tee, was championed by the USGA and PGA of America. Do you think that has garnered results?

Barney Adams: No. Maybe a little bit here and there. But, frankly, nothing happened, there was no consistent program. I guess I just relate to it from a business sense: What’s our goal in year one, year two? None of that stuff ever happened. Nobody’s ever accountable – it’s always just ‘feel good.’ And I’m just the opposite because I ran a business and I needed to get results.
But it hasn’t caught on; it hasn’t been accepted. And the reason I say that is because of The Golf Channel, which makes its living from golfers. And The Golf Channel has never embraced this concept. That should be the mantra of The Golf Channel: Play the Correct Tees.

PSL: In a continued effort to get folks to play quality and realistic golf, you’ve also developed a concept known as “Tour Length.” Please explain:

BA: We watch golf on television, and we like to emulate those guys. But what you see on TV is those guys hitting close to the pins because they’re going into greens with 8 and 9-irons. We amateurs, for the most part, don’t hit a lot of those lofted clubs into greens, we’re hitting long mid-irons or hybrids, which means the ball is often going to greens with a flatter trajectory and is much tougher to get close to the hole. So, since many golfers don’t play the correct tees, we are, in effect, playing a more difficult game than the best players in the world.

The concept is that, by playing the correct tees, it all becomes about second shots and for us to have the same opportunities as the best in the world. And how far should we move up those tees? Well, on the practice area, you would have flags, and if you can comfortably drive the ball to, say, the green flag on the range, then you play the green tees.”

PSL: You’ve said that the dwindling number of ‘avid golfers,’ defined by the National Golf Foundation (NGF) as folks who play at least twice a month, is pretty alarming stuff. What should the NGF do moving forward?

BA: They need to conduct a national survey to figure out why the game lost approximately four million of those avid golfers from 2000 to today. There will be two or three things which dominate that survey. And golf needs to see how those things can be mitigated. To me, those numbers will say everything. These numbers are more than a red flag – it’s a burning flag. If you’ve lost 40 percent of the people that are picking up 71 percent of the tab, that’s serious stuff.

PSL: What could folks learn from your club, The Palms Golf Club in La Quinta?

BA: The average handicap out here is ridiculous, there are so many good players. And we have a thing out here called ‘The Game,’ every day at 10 a.m. I love ‘The Game.’ These are real golfers, and you putt everything out and so forth. But guess what they do in ‘The Game’? They play different tees; these good golfers recognize that there are kids that play out here who hit it a jillion miles and if you play the same tees they do, you can’t compete. If playing staggered tees is good enough for this place, why the hell isn’t every club in the country doing it?