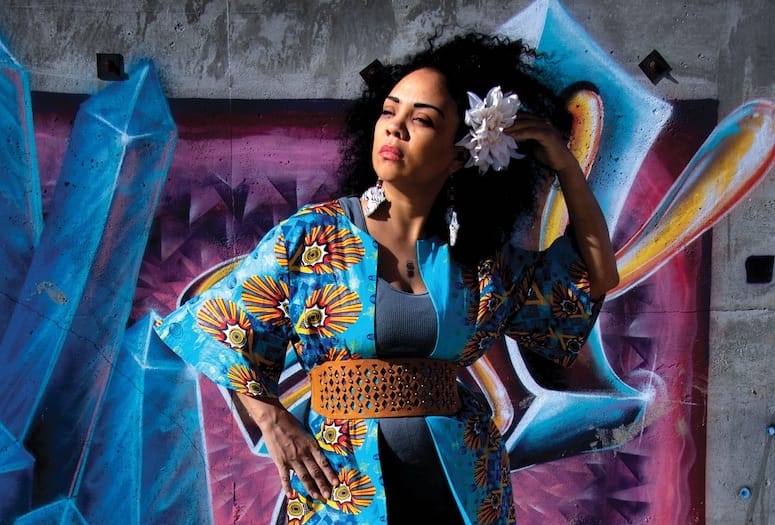 During the Le Chien showcase, Aneka Brown’s “Concrete Jungle” collection will be gender-neutral and will convey a jungle that derives from Africa and urban cities like Palm Springs and Los Angeles.
PHOTOGRAPHS BY JAMES WILLIAM MOORE

Aneka Brown is committed to living each day like it is her last.

After being diagnosed with COPD in 2013, a chronic inflammatory lung disease that obstructs airflow from the lungs, Brown has devoted her full attention to fashion. Her diagnosis was followed by a bout of depression which caused her dress size to go from an 8 to an 18, but she found new resolve by following her business motto of “live everyday of life like you’re on a runway.”

“Through my clothing I have found a way to love myself regardless if I was an 8, a 6, or an 18,” says Brown. “And that’s one of the things I pride myself on too is that my designs are for people who are zeros through 42. Men and women.”

Brown’s latest collection, California AfroChic will take over the runway at Fashion Week El Paseo on March 23 at The Gardens on El Paseo in Palm Desert. She will headline Le Chien, a show dedicated to raising funds for presenting sponsor Animal Samaritans based in Thousand Palms. Dogs will accompany the models as they wear Brown’s fashions.

Brown has always carried a love for fashion. As an only child, she would spend her summers in Fresno with her dad where she would play with dolls and make new outfits for them. In ninth grade when she thought about becoming a designer when she learned to sew in a Home Economics class.

“My first thing that I learned how to sew was this two piece (halter top and wrap skirt) and we went to a fabric store as a group for a field trip,” says Brown. “And I automatically gravitated toward the brightly colored fabric and they were African fabrics.”

After graduating high school, she took a hiatus from fashion when she attended College of the Desert and later Cal State San Bernardino where she studied early childhood education, and would later become director of the Palm Springs Child Care Development Center. While a wife and a mother of two sons at this time, fashion never crossed her mind.

“A year into my disease is when I started,” she relates. “And I taught myself how to sketch. I found a factory that made that first [jumpsuit]. I literally started Aneka Brown Designs with probably $250. And [the jumpsuit] just took off. People saw the jumpsuit and they wanted to know where I got it. And I was like, ‘well,’ I designed it and had it made.’ And so, through that, I gained a love of clothes again. I finally had gotten over the fact that I was gonna have this disease and I was gonna have to live with my weight [fluctuating].” 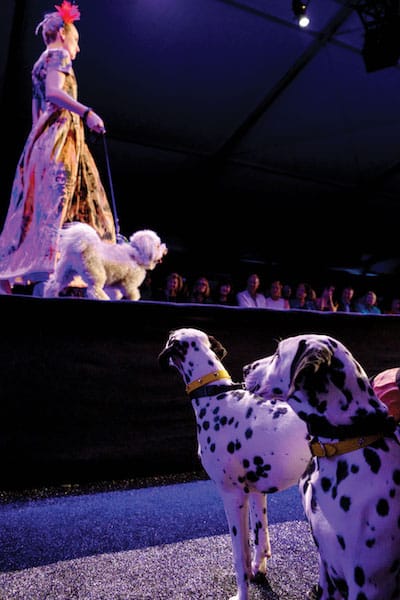 Today, Brown focuses her time on designing her line. Once she awakened her love for fashion, it has helped her learn to love herself. She has incited herself to advocate for both women and men of all ethnicities and sizes to live their lives in the same light.

“It takes real skill to be able to take somebody who may not feel good about themselves to find one part of their body that they love – accentuate that and then design a whole outfit around that and then make that person feel like she’s the most beautiful girl in the world,” she says. “And when I’ve done that, I can’t describe the feeling it gives me. And I’ve done that several times.”

During the Le Chien showcase, Brown’s “Concrete Jungle” collection will be gender-neutral and will convey a jungle that derives from Africa and urban cities like Palm Springs and Los Angeles. She will unveil designs inspired by clothing from the 1970s but with a “funky modern twist.”

Brown says she buys her fabrics through a fair trade system networking various villages and countries in Africa like Nigeria, Ankara, and Madagascar that are all handmade by women. And the money goes back into educating the girls of the villages.

“I use the traditional African wax fabrics and you can really tell the difference and just educating people on that and just seeing people wear that and seeing it out there just brings a lot of pride and joy to my heart,” says Brown. “I’m hoping people get the message that I’m trying to put across and I think they will. I think they’re going to be blown away.” 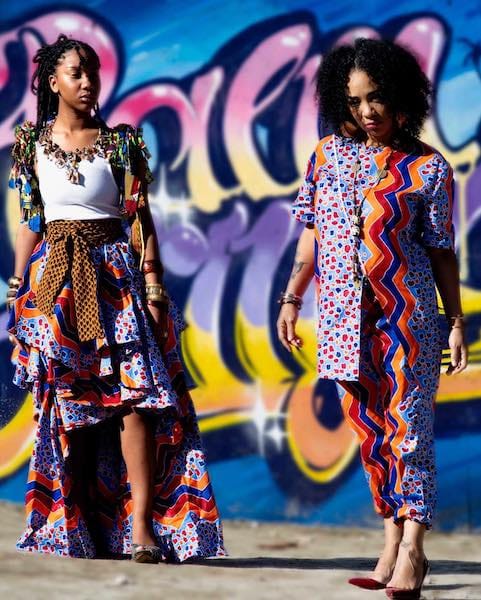 Through the Fashion Week El Paseo show, Brown hopes to shed light on her use of African wax cloth that has become her signature fabric by pairing California desert colors and African rich jewel tones and shades of earth. She wants to educate others on what the fabric is and where it comes from.

“A lot of people, when you say African wax cloth, they tend to think that you have to be a person of color to wear it, when that is not true. Through my line, I am trying to get it out there — that it’s multicultural. If you love it, wear it,” she says.

Free general admission. Located at the reception tent at The Gardens on El Paseo. 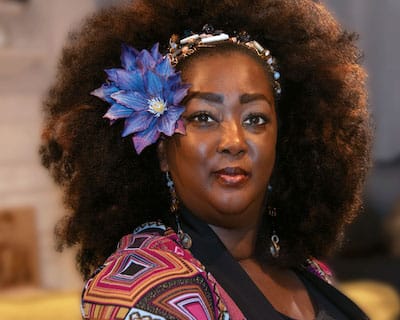