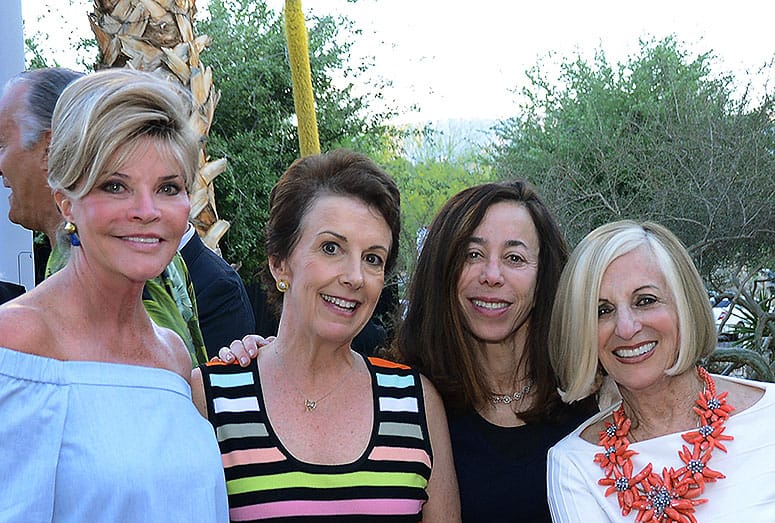 There is no doubt that Helene Galen and Jamie Kabler give the best dance parties, with a capital P!

What started as a Rancho Mirage neighborhood block party is now an Annual Street Party at the Faye Sarkowsky Sculpture Garden at The Galen in Palm Desert.

Citrus College Band kept the dance music going all evening. The food trucks guaranteed to please every taste palette were Cousins’ Maine Lobster, King Kone, Me So Hungry, and New York Delicatessen On Wheels. Rounding out the choice of delectable eats were Piero’s PizzaVino and Westwood Catering. Madonna and Michael Jackson look-a-likes added a bit of Hollywood Boulevard to the festivities.