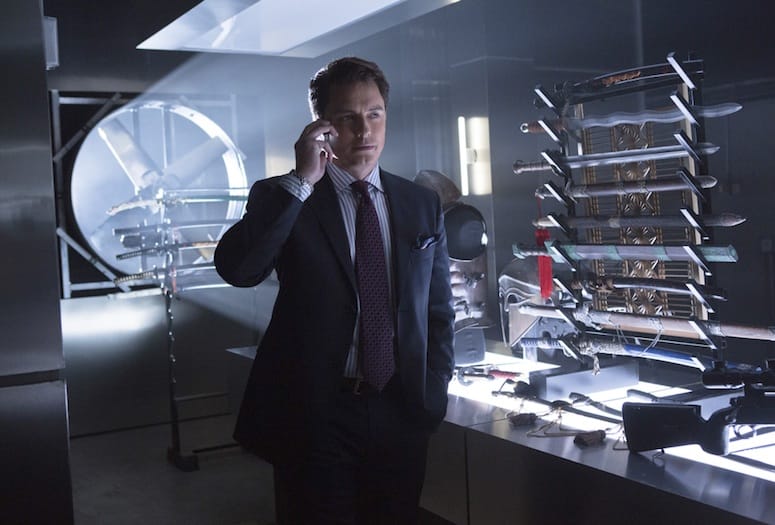 As the events unfolded Oct. 8 that ended with the deaths of Palm Springs police officers Jose Gilbert Vega and Lesley Zerebny, John Barrowman, was among the people paying respects at the memorial that formed in front of the Palm Springs Police Department.

The officers were gunned down while responding to a domestic disturbance call about 500 yards from Barrowman’s home. The suspect who allegedly targeted and ambushed the pair and wounded a third officer has been charged with first-degree murder.

“After such an appalling atrocity laying flowers feels like such a small gesture but everyone is coming here to honor our two fallen officers,” Barrowman tweeted Oct. 9. The TV actor was on social media while his neighborhood was in lockdown, calling the shootings “vile.”

Barrowman is best known for his role as Capt. Jack Harkness in the Dr. Who series, which has aired in the U.S. and on the BBC. He’s currently starring as Malcolm Merlyn (aka the Dark Archer) in the CW TV series Arrow, which is beginning its fifth season.

The actor/singer/dancer has been a strong advocate for a variety of causes in the U.S. and his native Scotland, including equality and justice for LGBTQ youth, victims of homelessness and Down Syndrome. He has helped raise funds for Sanctuary Palm Springs, which will soon open a home for young LGBTQ people transitioning out of foster care.

On Nov. 5, Barrowman will receive the Visibility Award at the 17th annual Human Rights Campaign Palm Springs Garden Party for his continued advocacy on behalf of the LGBTQ community. The HRC is the largest American LGBTQ civil rights organization. 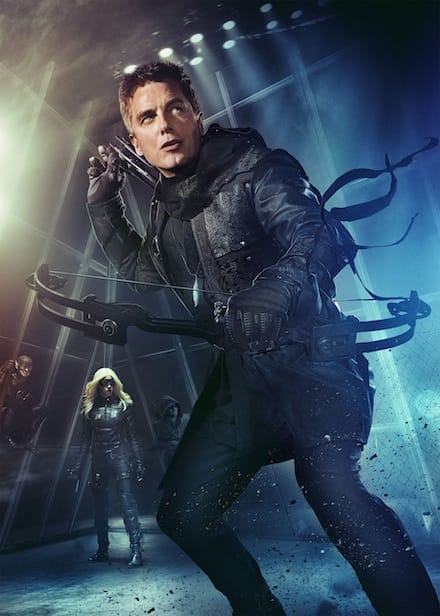 Andy Linsky, a national HRC board member and Palm Springs volunteer, said the group is excited to honor Barrowman with an award that recognizes LGBTQ individuals who are living open and honest lives at home, at work, and in their greater community.

“These attributes align with HRC’s mission of creating a country that inspires and engages all Americans to work toward ending discrimination against LGBTQ citizens and realizing a nation that achieves fundamental fairness and equality for all,” Linsky said. “John’s involvement with Sanctuary Palm Springs and its dedication to serving youth in the desert sets an example we’re proud to celebrate.”

Sanctuary Palm Springs Co-Founder LD Thompson says Barrowman learned of the organization after his husband, Scott Gill, watched a television news story on it. “John and Team Barrowman — his worldwide fans — have been an immense help in our process. We are so grateful,” says Thompson. Barrowman made his image available for T-shirts to help the group raise funds for a state-mandated van, according to the Sanctuary website.

Barrowman has responded about his award on Instagram, “I am so proud … It means the world that I am being honored for being me.”

He and Gill live in Palm Springs part time and also spend time in Scotland. The actor’s transparency about being gay has caused some of his Facebook followers to say that it’s because of him that they are alive today and that he “brings light into a world sometimes filled with darkness.” 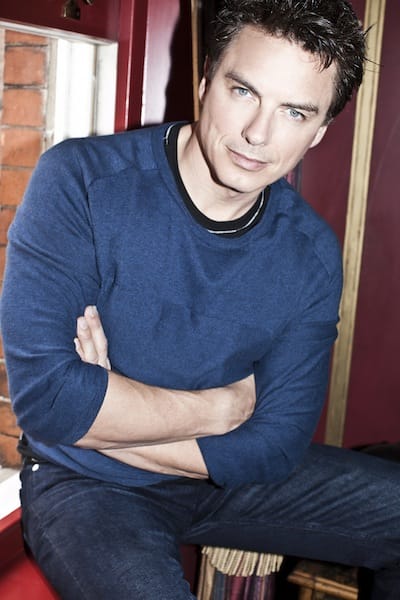 KMIR’s Janet Zappala will be master of ceremonies and Dana Adkins returns this year to emcee the live auction, which will include a cruise donated by Crystal Cruises.

This month, Barrowman is filming the 100th episode of Arrow, which is based on the comic book series Green Arrow. He has been a guest actor as Malcolm Merlyn in the series The Flash and has appeared on the hit historical drama Reign, as well as on Desperate Housewives and Scandal. He also hosted Sing Your Face Off.