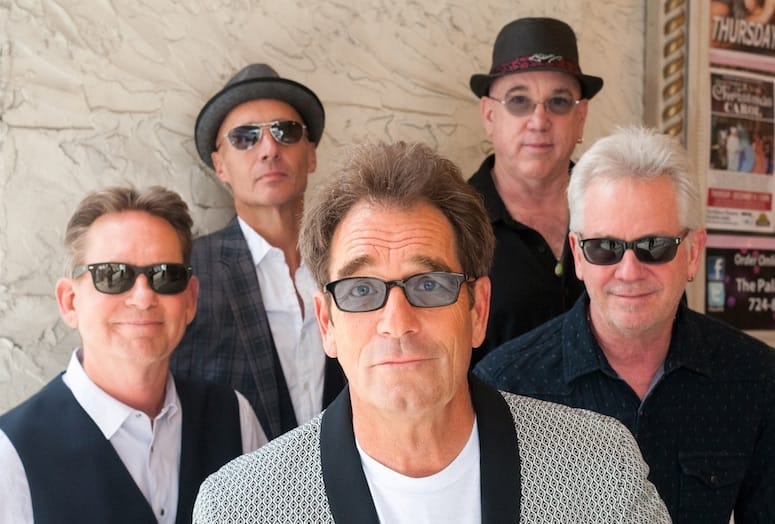 Huey Lewis and the News perform Jan. 19 as part of the entertainment during the CareerBuilder Challenge.
PHOTO COURTESY OF HUEY LEWIS AND THE NEWS

Two après-golf concerts of 1980s rock and sing-along chart-toppers from the Goo Goo Dolls and Huey Lewis and the News.

These and other enhancements of the fan experience signal that the CareerBuilder Challenge is undergoing a makeover for 2018 — one that Jeff Sanders, the tournament’s new executive director, hopes will have patrons applauding.

Different, figures Sanders, is what it takes for the PGA Tour’s annual visit to the greater Palm Springs area to thrive in today’s ultra-competitive sports and entertainment marketplace.

“There’s no reason why there shouldn’t be a great golf event here in January,” says Sanders, a La Quinta resident whose company, Lagardère Sports, took over management of all tournament operations last September, “with the best weather in the country, three photogenic courses, and 156 of the world’s best golfers.”

The history of the CareerBuilder Challenge stretches back to 1960, when Arnold Palmer won the inaugural Palm Springs Desert Golf Classic at Tamarisk Country Club. Sanders himself played what was then called the Bob Hope Desert Classic during his own stint as a journeyman Tour pro. (His “NO WINS” license plate told the story of his struggles.)

“But if you’re not a major,” Sanders admits, “or leading into a major or a World Golf Championship event with international stature, how do make your event work?” 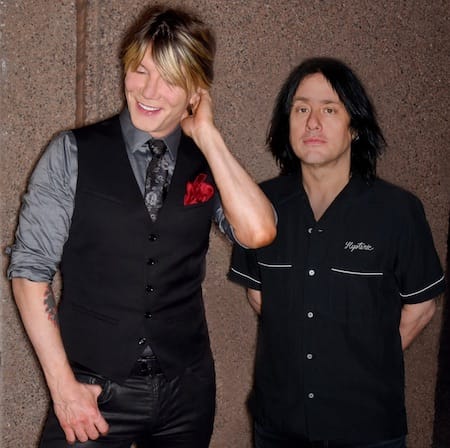 The Lagardère model, based on running 300 tournaments over the past three decades, including the tremendously successful Safeway Open in Napa as well as several Web.com Tour events, is focused on providing ticket buyers with a cool four-day “golf festival” within the setting of a 72-hole stroke-play competition.

“Here in the desert, you had the ‘Bob Hope and his celebrity friends’ model, then kind of no model, and now there’s our entertainment model, our festival model,” Sanders says. “So we think the answer to my question is: You make it work by what you’re seeing here.”

What you’ll see is specifically intended for the Coachella Valley’s demographic – the average age of ticket buyers at last year’s Challenge, for example, was 60.

This year, the targeted enhancements of the fan experience start at the gate, with an all-inclusive daily ticket priced at $30. No add-on cover charges, no pricey upgrades. For thirty bucks, you’re on the course and into the inviting new hospitality venues.

You’ll find those venues at the PGA West Stadium course, where the final-round action unfolds.

There’s the 8,000-square-foot indoor/outdoor Vons Fan Pavilion behind the 18th green. It will feature food and drink from favorite local eateries like Las Casuelas La Quinta and Chophouse at the Jackalope Ranch. (FYI, the weekend football games will, of course, be shown on multiple screens throughout the pavilion.)

Then there’s the Michelob Ultra Beers Fore Birdies outpost. Overlooking the 16th green and the tee box of 17, it will serve up half-price beer every time a Tour pro birdies – or, of course, aces – “Alcatraz,” which is what the par-3 17th, with its island green, is nicknamed.

And finally, there’s the Casamigos Club 17, located greenside at the 17th, where Casamigos Tequila cocktails will be the featured tipple.

As for what marking director Ryan Fowler quips is “the rock that rolls the golf,” there’s Huey Lewis and the News (“The Power of Love,” “Heart of Rock and Roll”) on Jan. 19, and the following day, the Goo Goo Dolls, whose stadium-anthem hits include “Iris,” named by Billboard as the biggest pop radio ballad of the last 20 years.

“Here in the desert, you had the ‘Bob Hope and his celebrity friends’ model, then kind of no model, and now there’s our entertainment model, our festival model. So we think the answer to my question is: You make it work by what you’re seeing here.”Jeff Sanders, executive director, Careerbuilder Challenge

Plus there’s a fivesome with top-25 world rankings: Jon Rahm (4), Paul Casey (14), Patrick Reed (21), Kevin Kisner (25), and Xander Schauffle (24), who was the Tour’s Rookie of the Year for 2016-17. Also among the younger-guns, Sam Saunders: Arnold Palmer’s grandson will be hoping to improve on last year’s missed cut, as he returns to an event the King did more than any other golfer to champion.

With the dawning of a new year, an exciting new chapter looks to be opening for a desert mainstay with a storied six-decades’ tradition to build on.

“At the point of change,” reflects Sanders, “there’s a one-time opportunity to improve. And we’re going to make the most of that opportunity, I guarantee you.”