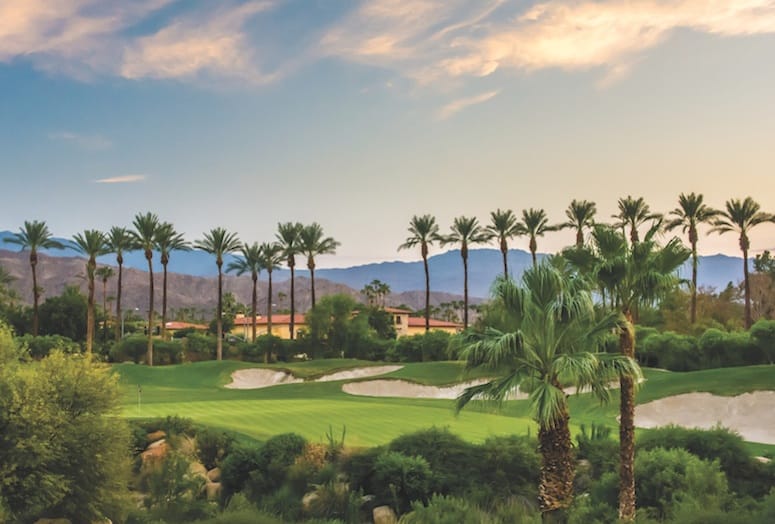 Conveniently situated in the heart of the Greater Palm Springs Desert Resorts region sits the vibrant community of Indian Wells, a peaceful oasis where endless sunshine illuminates a stunning landscape, residents and vacationers tee off on immaculately groomed golf courses, and the sounds of splashing and laughter reverberate from sparkling pools throughout the community. Yet there is so much more to this sensational Southern California resort city than meets the eye.

Owing to Indian Wells’ astute local government, this scenic desert retreat offers residents and visitors a quality of life that is the envy of cities throughout the nation. Despite being the Coachella Valley’s smallest city in terms of geographical size, the City of Indian Wells continues to rack up monumental achievements with strategic planning taking place on every level at city hall.

With income from tourism its primary economic force, the city has maintained revenue in excess of expenses for the last three fiscal years. City hall has been busy with several capital improvement projects — among them completing the Highway 111/Cook Street widening on time, finishing many parkway enhancements, and designing a special monument at the site of the former art gallery and longtime residence of late Indian Wells painter Carl Bray. (Construction and completion of the latter is set to take place this year). On the affordable housing front, city officials established a new Housing Authority and continue to implement best practices in management standards and site improvements. To maintain the community’s serene environment, a hallmark of the Indian Wells lifestyle, the city council adopted a new noise ordinance and established a short-term vacation rental compliance program with a hotline for residents.

In response to California’s severe drought situation, city hall has taken a very proactive approach to water conservation, using water-efficient irrigation systems and calling on residents to do their part. In fact, the city has reduced potable water use by 80 percent on city-owned properties by connecting to the Mid-Valley Pipeline, exceeding the governor’s 25 percent reduction mandate by 55 percent.

Over at the city-owned Indian Wells Golf Resort, residents and visitors venture out daily to play on two championship 18-hole golf courses ranked among the top courses in California. The Vue Grille and Bar, located in the facility’s upscale Desert Modern clubhouse, has become a Coachella Valley favorite with its lively happy hour bar scene coupled with exceptional cuisine and panoramic views. The golf resort’s 5,700-square-foot Pavilion, a spectacular venue that opened in 2014 to accommodate large receptions and banquets, has hosted 92 events, generating more than $1 million in additional revenue for the city-owned golf facility.

As a sponsor of the prestigious BNP Paribas Open and home to the state-of-the-art Indian Wells Tennis Garden, the city continues to gain worldwide recognition as a leading tennis destination. In 2009, Oracle CEO Larry Ellison purchased the tournament and tennis facility. His passion for tennis and the Indian Wells-based tournament has already resulted in a new 8,000-seat stadium, two massive shade structures with bar service, three fine dining restaurants, additional seating throughout the venue, a magnificent new entrance, expanded parking, and many more outstanding enhancements.

The 2015 BNP Paribas Open had a record-breaking attendance of 456,000 fans, and a June 2015 Bloomberg Business article noted that the two-week event “has become a model of how a tournament can be profitable while offering lavish perks to players and fans.”

Apart from tennis and golf, and whether you’re working or retired, Indian Wells is an extraordinary place to put down roots. A large part of the community’s charm is its welcoming, small-town feel that embraces friendly neighborhoods and country clubs. New homeowners can take advantage of discounts on dining and green fees at the Indian Wells Golf Resort. Renaissance Indian Wells is listed in Cvent’s top meeting hotels, recently received the Gold Key Award from Meetings & Conventions and the Platinum Choice Award from Smart Meetings, and is a current and five-time winner of TripAdvisor’s Certificate of Excellence.

Indian Wells boasts one of the lowest crime rates and fastest emergency response rates in the Coachella Valley thanks to a strong emphasis on public health and safety. The city also maintains a grants-in-aid program that provides financial assistance to community service agencies in Indian Wells and throughout the region. Smart growth remains a priority as the city continues to work with commercial real estate developers to ensure that plans adhere to the city’s overall blueprint for growth and its expanding energy and water conservation programs.

Located only 30 minutes from Palm Springs International Airport and a two-hour drive from metropolitan Los Angeles and San Diego, Indian Wells is an ideal place for commuting executives and home-based businesses. Opportunities continue to expand in the region for skilled employees, small businesses, entrepreneurial startups, education, healthcare and other career fields. Indian Wells is also home to an active chamber of commerce and Rotary Club.