Concrete Screen Block: How the Trend Came to Palm Springs 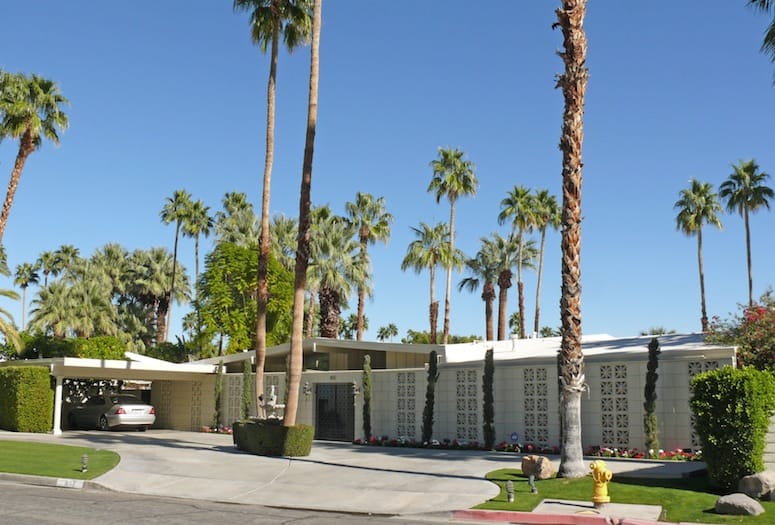 In the middle of the 20th century, in 1954, on the other side of the planet in another desert climate, Edward Durell Stone designed the new American Embassy in New Delhi, India. His defining element of the new embassy was a brise-soleil, a curtain wall constructed of thousands of one-foot square perforated blocks that shielded the embassy’s interior glass from the hot Indian sun.

Stone’s influence is represented in abundance in the Coachella Valley with the screen block used by desert architects and builders during the midcentury.

Ron and Barbara Marshall’s book Concrete Screen Block: The Power of Pattern, recounts the fascinating story of concrete screen block starting with Stone and following the trend to Palm Springs. The Marshalls have documented some 250 different patterns and have established 58 examples in Palm Springs at last count.

The Marshalls note that, “Today, screen block can still be found in virtually every midcentury neighborhood in the Sunbelt. Certainly, few homeowners realize that their screen block patio wall is a close cousin of the wooden grilles found in Moorish and Hindu architecture. But despite these exotic connections, history shows us that screen block’s functional versatility and design appeal was so compelling that it was embraced as a uniquely American product, forever linked to space-age optimism and the Sunbelt lifestyle.”

And with the resurgence in popularity of midcentury design, screen block is once again being used by architects and builders alike.

There is a multitude of ways to Explore Palm Springs, which turns 82 in 2020. One of the more intriguing methods is by exploring Palm Springs history.

The Palm Springs Historical Society will share a story whose time and place that often corresponds with today.

•READ NEXT:  Looking for More Historically Based Stories? Visit Our History Page for More.