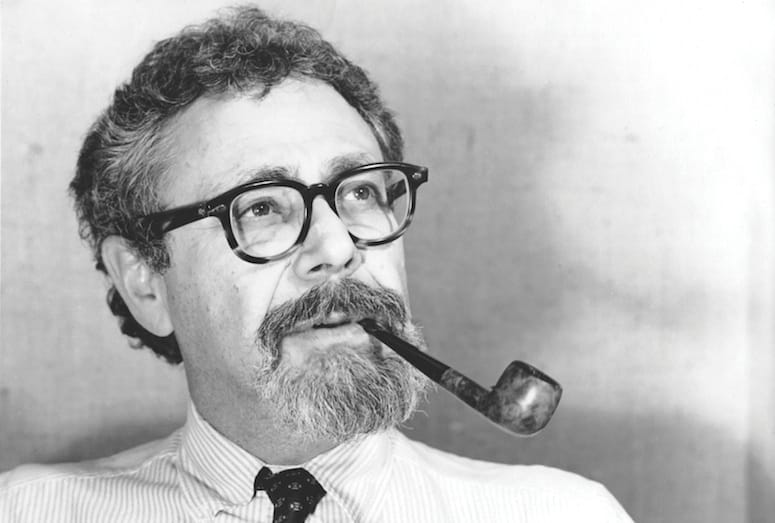 Much of what we call the “Palm Springs modern” look is due to the early work that William Krisel did for the Alexander Construction Company. The Alexander father-and-son team, George and Robert, engaged the firm of Palmer (Dan) and Krisel in 1955. Over the next few years, the firm designed the famous Ocotillo Lodge and the first truly modern tract neighborhood in Palm Springs now known as Twin Palms.

This development was a game-changer for not only the Alexanders but also all the other builders who followed their model. In fact, the project altered the very face of Palm Springs. By adhering to a new architectural philosophy that effectively blurs the line between indoors and outdoors, these homes emphasize a casual, carefree lifestyle, featuring ample clerestory windows that admit light and mountain views, and walls of glass that lead to inviting turquoise swimming pools just outside. (The fact that their asking prices have soared during the past decade is a testament to these homes’ appreciating value and importance.)

The genius that Krisel brought to the table for the Alexanders as well as other Southern California developers kept the cost of construction remarkably low while creating a product that appeared custom and unique to the casual observer. He accomplished this by rotating a common plan, using a mix of rooflines, and employing a palette of varied building materials. All of that made these first “tract” homes look, indeed, custom. The integral ornamentation of the homes was simple and construction-driven; the results were astounding.

Smoke Tree Valley Estates was the first phase of what would become Twin Palms, and it was an instant hit; no one had seen houses quite like these before. Krisel was able to bring quality modern design to the postwar masses who craved something new. And these masses scooped them up as vacation homes, a concept that was just starting to take hold in America.

In fact, these first houses sold so quickly that little promotional material on Twin Palms was ever created. In the end, the formula was so successful that the Alexanders went on to build more than 1,200 homes in 10 different Palm Springs locations.

Twin Palms would have a tremendous effect on what other builders and architects did in Palm Springs from that point on. One of the most recognizable themes explored here was the iconic butterfly roofline that has become part of the Palm Springs vernacular. This roof shape, actually an inverted conventional peaked roof, was not invented by Krisel, but it had never been used on such a grand scale before, and it was so compelling that other builders could not resist copying the form in their developments. The style fit the desert perfectly, where dramatic roof angles echo the mountains beyond, and lack of rain makes runoff a less important design consideration.

Ultimately, the most important thing that Krisel has shown us is that excellence in design can and does lead to real estate development that is both successful and profitable.

This is the fifth of a nine-part series adapted from "The Desert Modernists: The Architects Who Envisioned Midcentury Modern Palm Springs." The book, published by Modernism Week in partnership with Palm Springs Life, was released February 2015 in correspondence with the 10th anniversary of Modernism Week. This chapter’s writer, Chris Menrad, is a real estate agent and founding member and current president of the Palm Springs Modern Committee. Chris has restored five homes by architect William Krisel. A former stock trader, Chris’ love of modern design led him to Palm Springs 15 years ago.