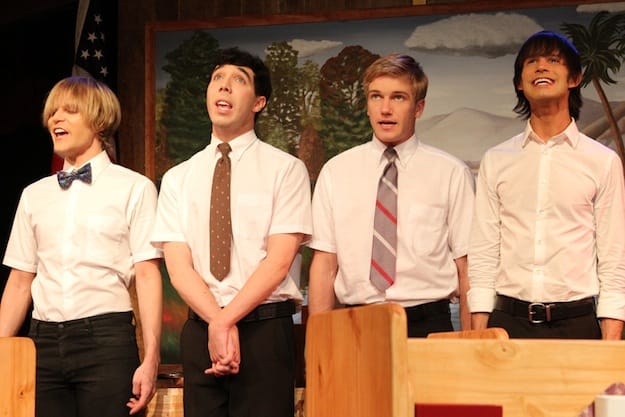 Director Del Shores, who found a second home in Palm Springs with the film version of “Sordid Lives”, will open the Palm Springs Gay and Lesbian Film Festival with his latest, “Southern Baptist Sissies”, Sept. 19 at the Camelot Theatres in Palm Springs.

“Southern Baptist Sissies”is an adaptation of Shores’ award-winning 2000 play by the same name.

“The film,” Shores says, “is really an actual capturing of the play in the theatre, and on the stage. It allows the film audience to be a part of the electricity and intimacy of the original theatrical experience.”

The film follows the journey of four gay boys growing up in the Southern Baptist Church. Shores explores the conflict between the caustic rhetoric of dogmatic religion, and the fragile development of adolescent homosexuality.

“Del Shores has served up yet another masterpiece,” Green says. “And we are proud to be a part of his journey.”