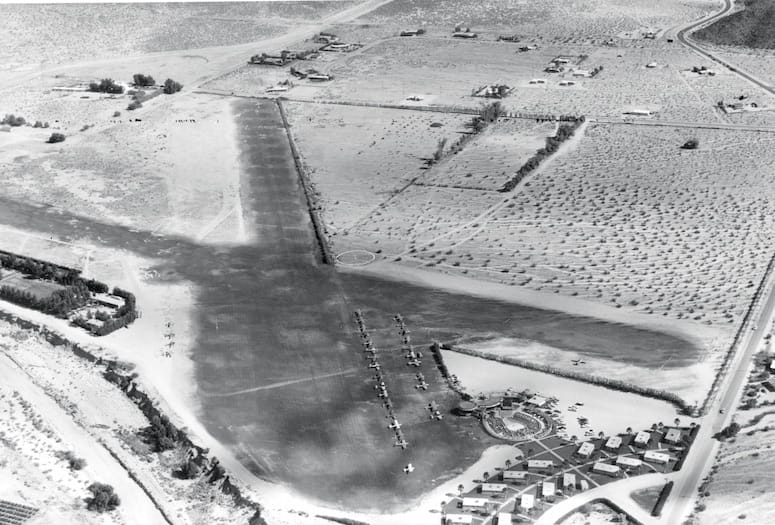 “Fly in! Drive in!” beckoned 1950s-era advertising for the Desert Air Hotel.

One of several guest ranches that began appearing in the 1940s, the Desert Air was the brainchild of prominent Los Angeles architect Hank Gogerty, who purchased the 320-acre parcel of land northeast of the intersection of Highway 111 and Rio Del Sol Road (now Bob Hope Drive) in what is now Rancho Mirage as a winter retreat.

After World War II, he built an airpark in order to land his small plane. Offering horseback riding, barbecues, pools, and accommodations, the Desert Air Hotel — which opened in early 1951 — became so popular with aviation-minded celebrities like Bing Crosby, Gene Autry, James Stewart, and Edgar Bergen that a second runway was eventually added. Visitors enjoyed the convenience of landing near the hotel’s restaurant and walking the short distance to their stylish lodgings, all while mingling with celebrities such as Sophia Loren and Marilyn Monroe and heads of state like Dwight D. Eisenhower and Richard Nixon. 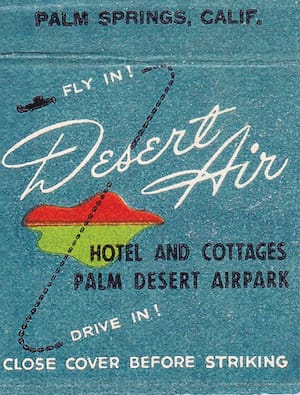