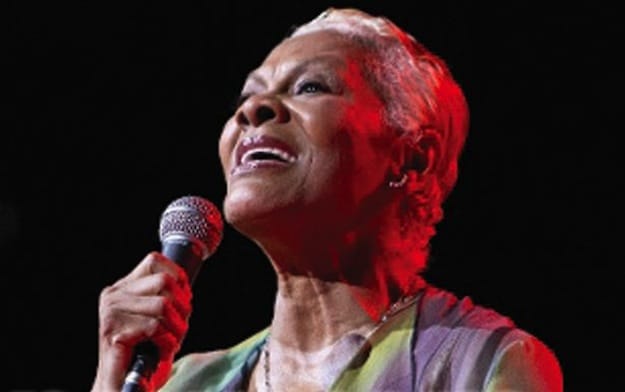 The late Whitney Houston is part of a documentary film, "Voices of Love: Whitney Houston and Family", which will kick-off the second annual American Documentary Film Festival and Film Fund (AmDocs) on April 4 at Camelot Theatres in Palm Springs.

More than 100 films will be featuring during the four-day event, April 4-8, presented by the Palm Springs Cultural Center. They will split between two venues, Camelot Theatres, 2300 E. Baristo Road, and Cinemark Century Theatres at The River, 71800 Highway 111, in Rancho Mirage.

“We’ve expanded our program quite a bit this year,” said Festival Director Ted Grouya. "The fact that we’ve been able to expand so quickly is a testament to the success we had with last year’s festival. People love documentaries!”

Opening Night begins at 5:30 p.m. with a gala reception at Camelot Theatres. Immediately following the reception, AmDocs will screen the documentary featuring Houston and Warwick. "Voices of Love" provides an inside look at one of America's most musically influential families –  the Drinkards – whose popular gospel group, The Drinkard Singers, included Whitney’s mother, Cissy Houston, and Lee Warwick, the mother of Dionne.

The film traces the history of song in this talent-infused family and celebrates their spirit, their strength of family, and the power of gospel music to heal, to transcend, and to entertain.   While most of the Drinkard family stayed with their gospel roots, their musical tradition paved the way for Warwick, Cissy Houston, and Whitney Houston, and encouraged them to branch out into popular music. The film is filled with powerful musical performances by Cissy Houston, Whitney Houston and Dionne Warwick, never-before-seen footage, exclusive interviews with, and performances by, members of Whitney’s family, as well as interviews with Natalie Cole, and Aretha Franklin.

Immediately following the screening, Dionne Warwick, who will attend the event, will take the stage and participate in a brief Q&A.