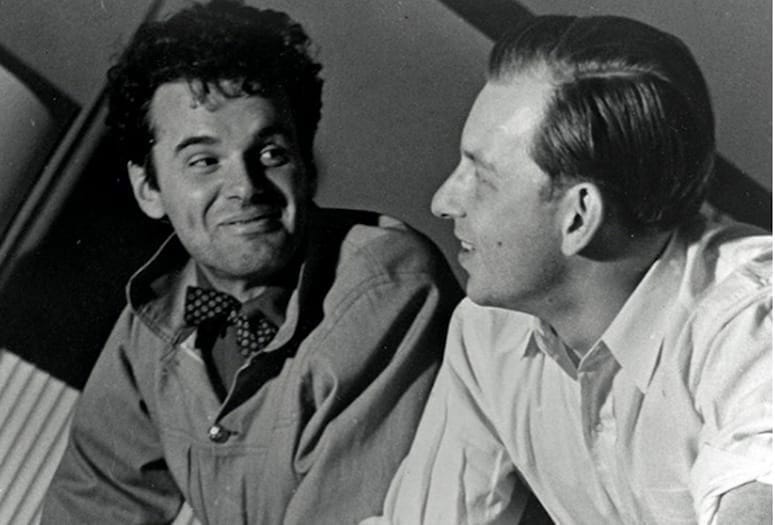 Modern design captured the zeitgeist of the 1950s and ’60s, but it actually started turning heads in the late 1930s — particularly at Cranbrook Academy of Art in Michigan. The place was a haven of modern design, where innovators such as Eero Saarinen, Charles Eames, Ray Kaiser (Eames), Harry Bertoia, and Florence Knoll cavorted.

Andrew Blauvelt understands the complexities of these design giants — Eames and Saarinen — and their impact.

After receiving a master’s in design from Cranbrook Academy of Art and his bachelor’s degree in visual communication from the Herron School of Art at Indiana University, Blauvelt went onto enjoy a stellar tenure at the Walker Art Center, a modern/contemporary art museum adjacent to the revered Minneapolis Sculpture Garden. In several roles there — from senior curator to Walker’s chief of communications and audience engagement titan — he helped elevate the museum as a premier destination.

But his own work attracted attention, too. A graphic designer for more than 20 years, he’s received more than 100 design awards, including several nominations for the Chrysler Award for Design Innovation and the National Design Awards in Communications Design.

All this makes for a captivating discussion at Modernism Week, where Blauvelt will delve into the relationship between Eames and Saarinen and their impact on the development of two iconic furniture companies: Herman Miller and Knoll. The lecture is Feb. 21 at the Modern Hacienda pop-up store located in front of the newly restored Wexler-Harrison building at the Town & Country Center in Palm Springs. 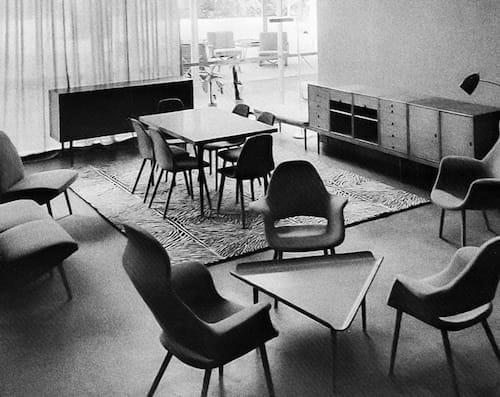 You’ve been to Modernism Week before. What do you love most about the experience?

Well, there’s so much, isn’t there? The home tours are always great. But I’ve been doing more talks or going to more talks. So, for me, it’s a tie between those two things.

What can we expect from your lecture?

The talk is apropos because of the recent merger of Knoll and Herman Miller. Both companies have ties to Cranbrook. Florence Knoll was a student at the girls’ school when she was, I think, a high schooler. She was orphaned, and there was a residential program at Cranbrook; she was in residence. She had an affinity for architecture and became a family friend of the Saarinens. Eliel [Saarinen] took her under his wing, and her interest in architecture grew. Eero Saarinen and Charles Eames became the principal designers at Herman Miller, and both had met at Cranbrook.

A great convergence of talent.

Between the two companies and Cranbrook, there is a kind of holistic story of the development of modern design that quickly expands. Both companies brought in other major figures, like George Nelson and Herman Miller. At Knoll, it’s Florence who takes charge and brings in her [design] friends. Both companies’ stories come out of Cranbrook. I’m going to talk about that, but also the differences. Charles and Eero were good friends — lifelong friends, in fact — but also competitors. Charles only designed for Herman Miller and Eero only designed for Knoll. I get into a little bit about how that worked.

What is it about modern art, design, and architecture that keeps us coming back?

It’s become almost a kind of classicism. It didn’t start that way. It tended to be all new. I think it’s that classic element that we may be drawn to. Personally, I’m surprised that it doesn’t seem to dissipate at all. I was around when they conjured this whole thing about midcentury modernism, which really comes out of the ’80s. This whole designation of this period. It was all just modernism, then it just kind of pushed together. There was this focus, in the United States, in particular, on the kind of modernism that grew up here in the U.S. and outside of Europe, where it kind of started. That’s partly why. Popular culture, too, played a part. After Mad Men aired, it was so much easier to explain to people what period you were talking about in the 1950s and ’60s, or even whole cities like Palm Springs. You can just say Palm Springs and people kind of get it now. 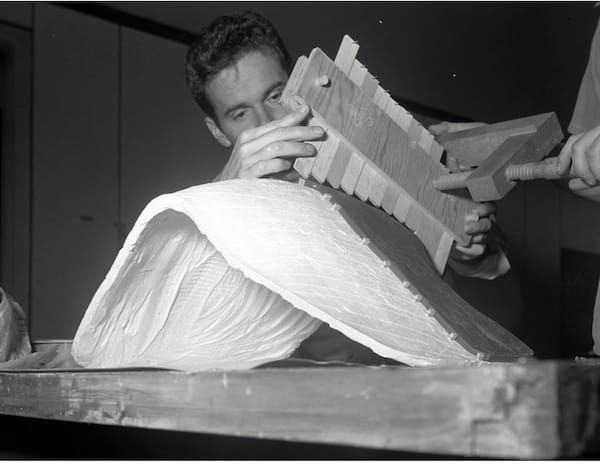 PHOTOGRAPH COURTESY HERMAN MILLER ARCHIVES
Charles Eames working on the molded construction of the Side Chair 1941.

Can you touch on the impact of Cranbrook Academy of Art? Particularly in the ’30s, when it was a hotbed of modern design?

In people’s minds, modernism starts after World War II. But, at Cranbrook, it starts in the 1930s, and gets interrupted by World War II. At the time, the academy was this laboratory. It’s hard to explain because it was always intended as what we’d call a graduate school today, or post-graduate experience, meaning that people came with some kind of training in some area. Now, it dispenses degrees like the master of fine arts.

But in the 1930s Cranbrook was a residency program.

It was very unusual, and actually still is, because there are no classes. There were no real grades either. It wasn’t a school in that kind of sense. More like a residency — a bit like an artist colony where you would gather these folks together. People like Charles Eames and Ray Kaiser, who becomes Ray Eames, were both students there. Then Charles became a teacher right away and ends up in charge of the Design Department — because they had an Architecture Department, which was the mainstay. Charles came to study architecture technically, and Ray came to study weaving technically, but they all played around in design. Design became a department, but it was like an area of practice for many artists and architects. Now, it’s commonplace, but back then it was totally radical because education was more defined by art educators who would teach principles of design, for instance, and it was more academic and less hands-on.

You received your MFA in design there. What was your experience like?

I went in the 1980s, which was the second flowering of the Design Department. It was one department then — graphics, product, interior architecture, including furniture, were all disciplines. It was cutting edge. It was also a period of post-modernism, and a lot of radical, speculative design was happening there. People would fly in to see what was happening because it was such a hotbed of experimentation.

Andrew Blauvelt’s lecture takes place at 6:30 p.m. Feb. 21 at 168 N. Palm Canyon Drive (in the Wexler-Harrison building at the Town & Country Center). Masks, proof of vaccination and/or negative test within 72 hours will be necessary for entry. For more information, visit  squadup.com/events/modernism-lecture?legacy=0

• READ NEXT: House of Tomorrow Set to Receive Facelift in Palm Springs.