Empire Polo Club Founded First for the Sport in Indio 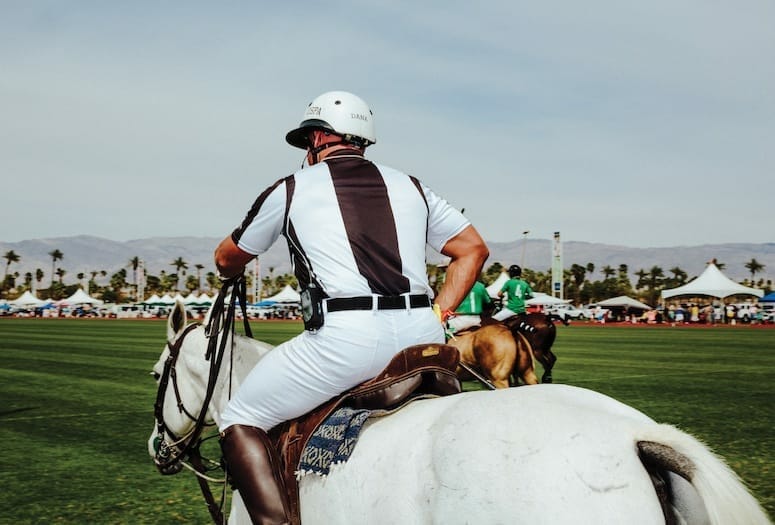 Although now known as the venue of dominant music festivals Coachella and Stagecoach, the Empire Polo Club in Indio was founded by entrepreneur Alexander Haagen in 1987 to be a home for his favorite sport. Containing a dozen grass polo fields, two exercise tracks, and horse stables, it became one of the most prominent polo clubs on the West Coast.

The tide began to shift toward music in 1993, when Goldenvoice president Paul Tollett and his late business partner, Rick Van Santen, made a deal to host a Pearl Jam concert there. Six years later, Tollett returned to the grounds to produce the first iteration of the Coachella Valley Music and Arts Festival. That was a game changer. Besides the boost in tourism and revenue, the festival has also enriched the local artistic landscape. Each year, Goldenvoice commissions art installations and later distributes them on loan to parks and cities throughout the Coachella Valley.

In October 2021, the Empire Polo Club signed an agreement with Goldenvoice granting full operational control of the property through 2050, and polo staffers were laid off. While the venue will no longer host polo, Goldenvoice plans to bring in other sporting events, including lacrosse, women’s field hockey, and soccer.

Empire Polo Club contains a picturesque lake known as Medjhool Lake, named for the dates that grow on the property. Stone walkways and storybook footbridges wind through the lush setting, which was modeled after Monet’s paintings of his garden and waterlily pond in Giverny, France. The location is available for private events.