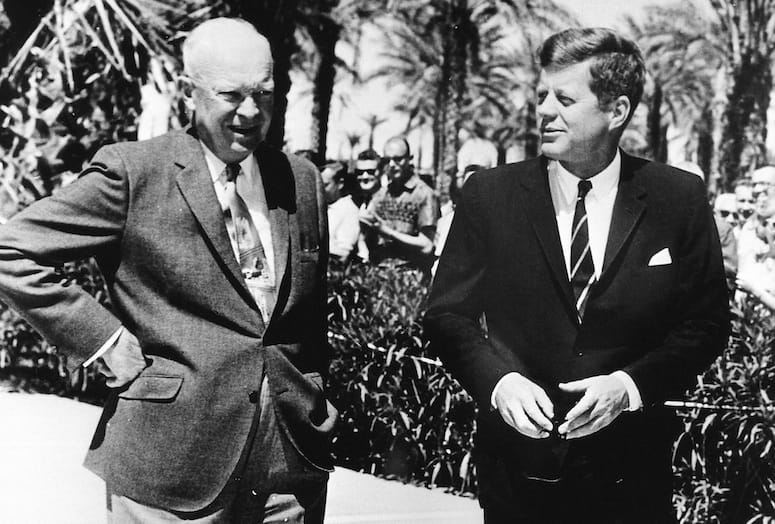 For decades, the Coachella Valley has been a popular getaway for United States Presidents.

Herbert Hoover was the first sitting president to visit, coming to Palm Springs during the 1930s.

Franklin Roosevelt enjoyed a respite in La Quinta during the late 1930s.

In 1959 Harry Truman enjoyed the warm desert sun during a trip to Palm Springs.

President John F. Kennedy came to Palm Springs in 1962; he was greeted by a crowd of more than 7,000 and stayed with friend, Bing Crosby at Silver Spur Ranch in Palm Desert.

Richard Nixon was a frequent visitor to Palm Springs and is rumored to have had a house here. He also stayed at Sunnylands on more than one occasion.

During the 1970s, Gerald Ford visited Palm Springs and later came back to live in Rancho Mirage after losing the 1976 Presidential race.

Ronald Reagan was also a frequent visitor to Palm Springs both as Governor of California and President of the United States.

George H. W. Bush and George W. Bush have both enjoyed the Coachella Valley and of course, recent visitor Bill Clinton has visited numerous times and most recently, President Barack Obama has met with international leaders at Sunnylands in Rancho Mirage.