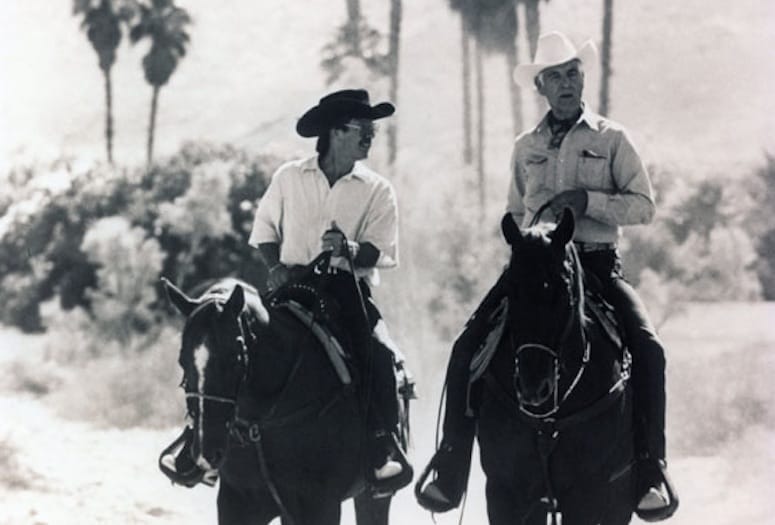 In 1989, a petition to recall Palm Springs Mayor Sonny Bono garnered 2,000 signatures, just one year into the celebrity entertainer's term.

His political life began when he wanted a bigger sign for his restaurant, Bono's,  located just north of the Riviera Hotel. “It’s a real cliquey town. And their attitude is if you don’t like it—tough!” He resolved to solve the problem by running for mayor and then running the town.

An eight-page document published by supporters of the recall charged that Bono broke his promise to protect seniors and enforce rent control. They stated that during his campaign he had promised to “plug the loopholes in rent control,” but once in office he allowed the rent in mobile home parks to skyrocket, prompting residents to create a ballot initiative to stop the increase.

The document also accused him of funding a public relations staff rather than badly needed police officers. It charged he was instrumental in hiring an out-of-town public relations firm to the tune of $200,000 which promoted Bono more than the city. It detailed his request to have the city foot the bill for his first-class travel expenses.

It complained about his support for an unpopular utility tax, his failure to revitalize the downtown, and his inexperience in government. Particularly irksome was that he was inaccessible to the public, unavailable to meet with residents. The document accused him of being a joke, a self-promoting embarrassment.

The recall effort fizzled after 2,000 signatures — just half the amount required to cause a special election. Bono served as mayor for four years and went on to be elected to Congress in 1994. There, again, he was not taken seriously at first.