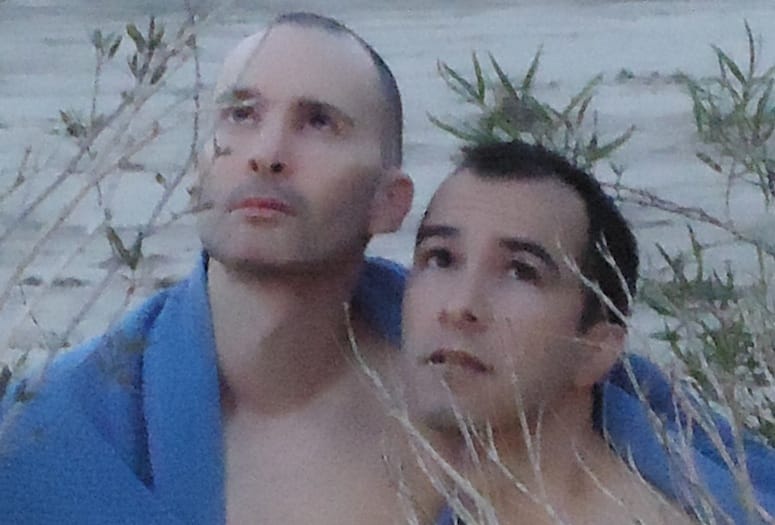 The word ‘Fabulous” kind of gives it away.

But when you meet Adam & Steve followed by Jane & Mabel, you’re pretty sure this is not your ordinary story on the beginning of life.

Paul Rudnick’s comedy, The Most Fabulous Story Ever Told, brings the Old Testament story to life from a gay point of view starting Nov. 15 at The Desert Rose Playhouse in Rancho Mirage.

The five-week run slates performances Fridays and Saturdays at 8 p.m., and 2 p.m. Sundays through Dec. 22.

Adam & Steve (played by Ryan Dominguez and Tim McGivney) and Jane & Mabel (played by Wendy Cohen and Lorraine Williamson) are the world’s first gay men and women. Adam’s curiosity causes them to be banished from the Garden of Eden, so they decide to invent civilization and start by having brunch.

The foursome befriend the animals on Noah’s Ark, are enslaved by a Fabulous Egyptian Pharaoh (played by Mark Demry) and his Amazonian guards (played by Toni Molano and Phylicia Mason), and meet up again at The Nativity in Bethlehem.

Act Two brings us to present day New York City on Christmas Eve where one of the lesbians has a miracle baby. All this is overseen by the Stage Manager (Terry Huber) who may well be God.