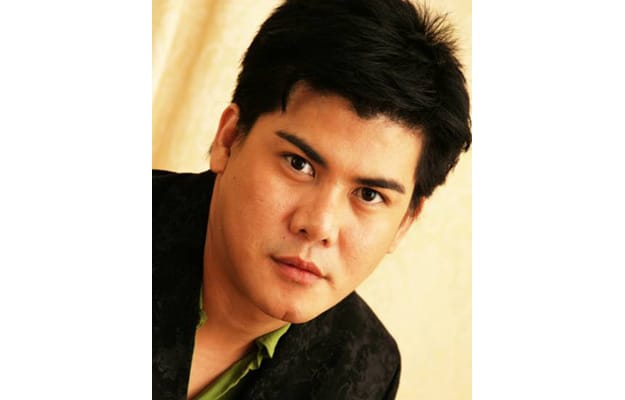 Born in Bataan province, fashion designer Oliver Tolentino became the first Philippines-based designer to expand to the United States when he opened a Los Angeles boutique on Melrose Avenue in 2009. Within a year, he was chosen as one of nine finalists in the Motion Picture Academy’s Oscars Designer Challenge at Downtown Los Angeles Fashion Week.

As 2011 “Designer of the Week” at Fashion Week El Paseo, Tolentino plans to bring couture with a Filipino flair to the desert. “I love playing with colors and flowy fabrics like chiffon,” he says. “My design philosophy is bringing colors and prints and the labor-intensive finishings of the East to the timeless elegance of silhouettes from the West. I love playing with prints and manipulating fabrics that you initially would think won’t work but ultimately come together in beautiful creations.”

Eco-friendly materials have become an important part of Oliver’s fashion sense, and he promotes his native country’s fabrics internationally by including them in his collections. “My country has been green long before it was fashionable,” he explains. “The Philippines has been turning pineapple leaves and abaca plant leaves into fabric for hundreds of years; so out of national pride, I want to show how elegant ‘green’ can be. … Piña, what we call the fabric from pineapple fiber, is naturally off-white with an organza texture. It creates vintage-looking gowns, but also can be dyed vibrant colors.”

Tolentino’s piña gowns have been featured at L.A. Fashion Week, the Oscars, the Peabodys, and in Geneva, Milan, Singapore, and Hong Kong. He introduced piña to Hong Kong’s Green2Greener, which used his gown at U.N. headquarters as the finale of its 2010 show. The gown was featured in July’s issue of Hong Kong Tatler magazine.

Tolentino’s Oscars Designer Challenge gown was made of piña and abaca, the first time Hollywood had seen such material; and in 2008, he won first prize at Bali Fashion Week with an outfit made of Philippine Capiz shells.

Besides native fashion icons like Imelda Marcos, Hollywood celebrities have worn Tolentino creations. Among them have been Niecy Nash (Dancing with the Stars, Clean House, The Insider) for her 2010 Emmy win; Macy Gray for her Late Night With Jimmy Fallon appearance, Grammy winner Patti Austin and Tony winner Leah Salonga for concerts, Kimora Lee Simmons for a magazine cover, and Vivica Fox for a book.

Besides keeping busy with his L.A. boutique’s first anniversary and his new Manila boutique’s opening, Tolentino will be the first designer to represent his country at Islands of the World Fashion Week in Nassau, Bahamas this November.

For more information, tickets, or sponsorship opportunities, contact Michael Mathews, Marketing Director, Palm Springs Life, at 760-325-2333 or via e-mail at michaelm@palmspringslife.com, For updates and tickets log on to www.fashionweekelpaseo.com.