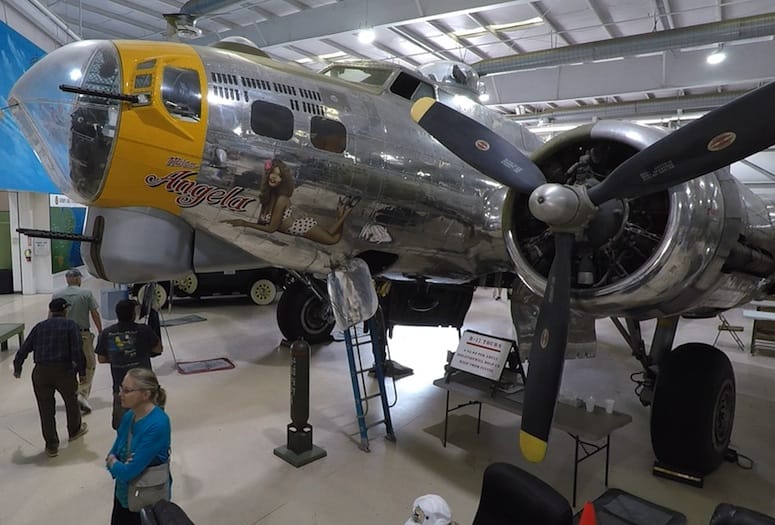 The Palm Springs Air Museum will officially expand Memorial Day weekend with the opening of a fourth hangar.
PHOTOS AND VIDEO BY STEVEN SALISBURY

When Nazi Fieldmarshall Hermann Goering saw a P-51 Mustang flying over Berlin, “he knew the war was lost,” according to historical accounts.

The Mustangs were fast and powerful, and could fly six-hour missions. “They went like hell,” according to Col. Clarence E. “Bud” Anderson, author of  To Fly and Fight: Memoirs of a Triple Ace. Their success and longevity carried them into the Korean War as well.

At the Palm Springs Air Museum, you can hop in the cockpit and take a valley tour with the San Jacinto mountains as a backdrop. Or, you can feel the wind rushing through your hair from a seat in the blue-and-yellow Stearman biplane. Maybe the C-47 is more your style.

VIDEO: Gain an overview of the museum, and hear about the new hangar to open Memorial Day weekend.

Rides have been offered in various vintage planes throughout the museum’s 20 years. Over 40 flyable and static aircraft are housed in three hangars, as well as outside. On Memorial Day, a fourth hangar will open, honoring veterans of the Korean and Vietnam wars.

The “Maj. Gen. Kenneth P. Miles Wing: Korea, Vietnam and Cold War” will showcase the TBM Avenger, the F-102 Delta Dagger, the F-86 Sabre, F-104 Starfighter, EA-6B Prowler (with folded wings) and the F-100 Super Sabre. Visitors also will see a Presidential Experience area with information on U.S. presidents who flew and information about their aircraft.

For example, George H. W. Bush flew the TBM Avenger and was rescued from the ocean during World War II. Other exhibits will include war timelines, donation bricks, and a POW bracelet display. One wall will be dedicated to Col. John Nocita (Ret.), a Palm Springs resident and recent museum gala honoree. 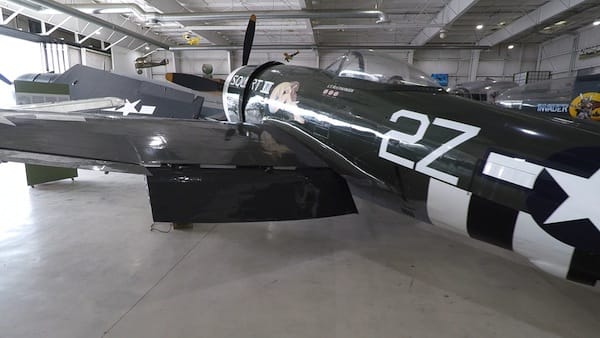 Maj. Gen. Miles was a combat pilot in Vietnam, who became a two-star general. He was awarded a Silver Star for performing night flights in a F-100 in Tong Le Chon and saving U.S. special forces on the ground, says Fred Bell, vice chairman of the museum’s board. Miles was a Palm Desert resident, originally from Maryland, who became a longtime museum board member, serving at one time as chairman. He died in 2014.

Visitors to the museum are emersed in the World War II atmosphere by hearing songs from that era that waft through the lobby. Once inside, they can tour the interiors of a B-17 and C-47, watch a documentary at the Buddy Rogers Theatre or enjoy the science center, flight simulator, research library with 9,200 volumes and permanent educational displays, some of which are interactive.

Many volunteer docents flew some of the aircraft here and served on the ships, so visitors are treated to a high degree of expertise and experience. For these reasons, the museum was listed by CNN Travel as one of the top 14 of its kind in the world in 2014.

On Memorial Day, the opening of the new wing will be accompanied by the annual flower drop and air fair. Last year, a B-25 dropped 3,000 carnations over the tarmac in honor of veterans, as crowds, including local families of the fallen, watched. Bell says invitations have gone out to special dignitaries for this year’s event. He will wait until closer to the day to disclose who plans to attend.

The museum is a non-profit educational institution. A big portion of its funding is from private donations. Funds are also raised at annual galas. Hours are 10 to 5 daily, except Thanksgiving and Christmas Day.