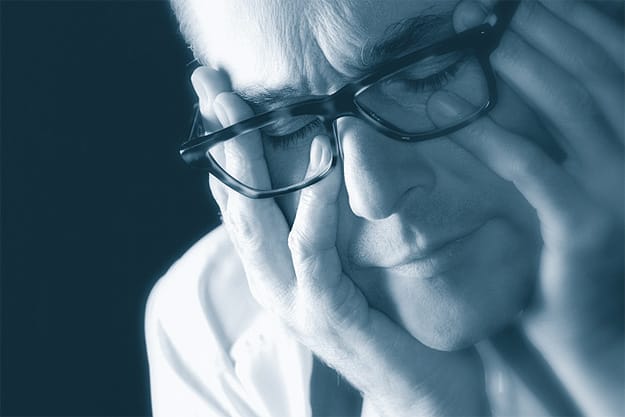 While the oft-declared “I’m so tired I could die” clearly falls under the realm of hyperbole, plenty of anecdotal and scientific evidence supports the fact that exhaustion results in deeper problems than the occasional need for a nap.

Popular singers, including Rihanna and Lady Gaga, have canceled concerts due to exhaustion. Actress Demi Moore garnered widespread media attention in January when she checked herself into a treatment facility for exhaustion. Also in January, 30 Rock’s Tracy Morgan collapsed from exhaustion at the Sundance Film Festival.

Though we may not lead the jet-setting lives of celebrities, we still face personal crises and demands on our time and attention that can leave us feeling drained.

“I have seen a significant increase in complaints from my patients of feeling very tired,” says family physician Dr. Shawn Allen of La Quinta. On an hourly basis, at least 30 percent of my patients complain of feeling more tired than before. This is up from 5 to 10 percent three years ago.

“Exhaustion is what a person feels. It’s a physical manifestation,” she says. “My patients look to me to fix what’s wrong. Most of the time, the exhaustion comes from lifestyle issues, not from an actual disease. They aren’t getting enough sleep. There are fewer people to do more work. They have financial problems. They are depressed. As a single working mother of two, I can testify to the heightened level of how we live. Our stress today is different from our ancestors’ fight or flight. There are so many deadlines that we never have a chance to reset. We don’t get downtime. Mental stress can lead to physical stress. I talk with my patients to find out what’s going on in their lives. Are there key changes in their sleeping habits, in their eating habits? When people are under constant stress, their behaviors change. They may start smoking, drinking, or overeating because of their anxiety. They may stop exercising because they don’t think they can spare the time. These behavioral changes may trigger habits that put the patient at increased risk of alcoholism, heart disease, diabetes, or cancer.”

“A complete physical exam and blood tests can usually identify disease states that cause exhaustion,” Allen says. “I discuss ways they can relieve their stress: eat right, exercise, talk with a counselor, meditate. They need to change the things that are really bothering them. It doesn’t take very long to see and feel a difference. If a person continues to experience severe fatigue for more than six months, they may have chronic fatigue syndrome; however, this is a very small subset of patients.”

Stress, which often results in a feeling of exhaustion, is a medical condition marked by increased heart rate, blood pressure, breathing, and central nervous system activity in which hormones that increase glucose to the brain are released. Increased glucose levels for up to 30 minutes help one focus and concentrate. Good stress (i.e., from having goals and deadlines and meeting them) can leave one feeling energized and confident. As soon as the stressful situation is over, stress hormones turn off and glucose levels return to normal, as do heart rate, blood pressure, and breathing.

When an individual is in a constant state of stress (i.e., caused by the breakup of a relationship, financial difficulties, working without enough rest), glucose levels decrease to the extent that, over time, they inhibit proper neuron activity. This inhibition may lead to the weakening and even death of brain neurons. The synapses between the neurons break down, and the central nervous system stops working properly. High blood pressure may become the norm and not the exception.

“High levels of stress hormones are hard on the immune system, the gastrointestinal tract, the heart, and the brain,” she says. “It’s amazing how little downtime people give themselves today. In today’s world of constant stimulation, the body never gets a chance to rest — hence, exhaustion. One has to slow down the body in order to reduce stress; and in order to have a complete physiological rest, a true state of rest, one must alter the brain waves.” Mulligan’s programs are designed to teach people how to physically engage in this true state of rest.

Licensed mental health counselor and part-time desert resident Karen Fialkov made changes in her lifestyle to deal with her own exhaustion and stress. “I had so many responsibilities. I was pulled in so many directions,” she says. “I’d get the kids ready for school, go to my job, then pick up the kids and their friends from school. I was the carpool driver for all the kids, sometimes [driving] 45 minutes one way. When my husband came home from work, I’d go to my night job. I was always in my head about everything I had to get done. I was exhausted. I was angry. I tried to do it all. It was very stressful.”

Fialkov began going to the gym every day and then started practicing yoga. “My attitude changed; my depression lifted,” she says. “I was taking care of me; I was being good to myself. I found something I am passionate about that makes me feel like a better person, something I can do that doesn’t involve anyone else. We’re so busy taking care of others that we don’t worry about our needs. It’s not about being self-indulgent; it’s about being aware and taking care of yourself. I built it into my schedule.”

Taking stock of one’s life and stressors is the first step in combating exhaustion. Step two is taking action to relieve that stress. If you eat three balanced meals a day, get plenty of sleep, exercise for 30 minutes at least three times a week, find time to play as well as work, yet still feel exhausted, it’s time to see a doctor and get a complete physical.

According to the Centers for Disease Control and Prevention, chronic fatigue syndrome affects anywhere from 1 million to 4 million Americans. It usually strikes people in their 40s and 50s, is diagnosed more often among women than men, and occurs more in inactive and overweight individuals under stress. This serious disorder is identified as a severe, incapacitating fatigue that lasts at least six months, cannot be explained by any medical condition, and is unaffected by rest. Symptoms include the following:

• Loss of memory or concentration
• Sore throat
• Enlarged nymph nodes in the neck or armpits
• Unexplained muscle pain
• Pain that moves from one joint to another without swelling or redness
• Headaches of a new severity, type, or pattern
• Unrefreshing sleep
• Exhaustion lasting more than 24 hours after physical or mental exercise