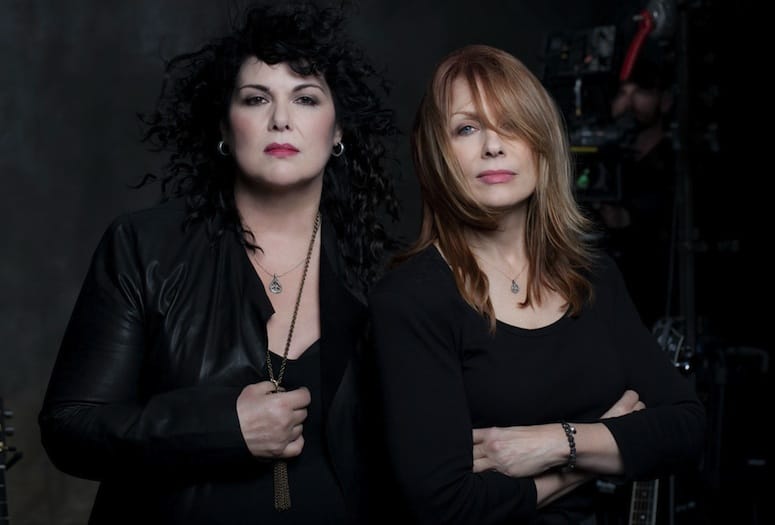 If there’s one band that’s been able to pick up Led Zeppelin’s mantra of how to balance the light and shade in their music, it’s Heart.

The Seattle-bred rockers, who have been led by sisters Ann and Nancy Wilson for five decades and counting, have long understood how to skillfully mix honest emotionality with full-on power. This blend is best exemplified in the way the Wilsons can switch from the expressive intimacy of Dog & Butterfly, Alone, and These Dreams to the raw, unbridled fury of Magic Man, Barracuda, and Crazy on You.

“There’s a lot more to it than being women in a man’s world,” lead singer Ann Wilson told me about a decade ago while we were talking about the band’s triumphant Alive in Seattle two-CD set and home-video release. “We don’t follow any rules,” Ann continued. “We want our music to be timeless. Our legacy is a dichotomy of being a big-hook band blessed with a human heart. Acoustic guitar is at the center of it, but we also know how to stack those rock guitars, too.”

And that’s the rub of Heart: How Ann’s majestic pipes soar from a whisper to a howl — sometimes on a dime within the very same song — while Nancy’s ace guitar licks veer from folk-style chordings to hard-rock riffery. That’s exactly how they do it whenever they cover songs from the mighty Led Zep canon itself. Some nights you may hear how they capture the Joni Mitchell-in-Laurel Canyon-inspired vibe of Going to California or feel the full brunt of the all-out conquer-the-world attack of Immigrant Song.

Their Zep cred is so high that the band’s original bassist and keyboardist John Paul Jones produced Heart’s 1995 live acoustic album, The Road Home, and has joined them onstage on occasion, plus he’s even played on their hard-to-find (but worth seeking out) cover of the classic Led Zeppelin II track, What Is and What Should Never Be. Heart's Ann Wilson (right) on she and her sister Nancy's career: “We don’t follow any rules. We want our music to be timeless.”

This passion for performance also spills over into Heart’s own material, as witnessed by the fist-pumping defiance of Never, the chug-along sneer of Even It Up, and the wistful whims of Dreamboat Annie.

As Ann concluded during our decade-ago discussion, “It’s all about attitude. Music for us is our brand of spiritualism, and it’s my religion.”