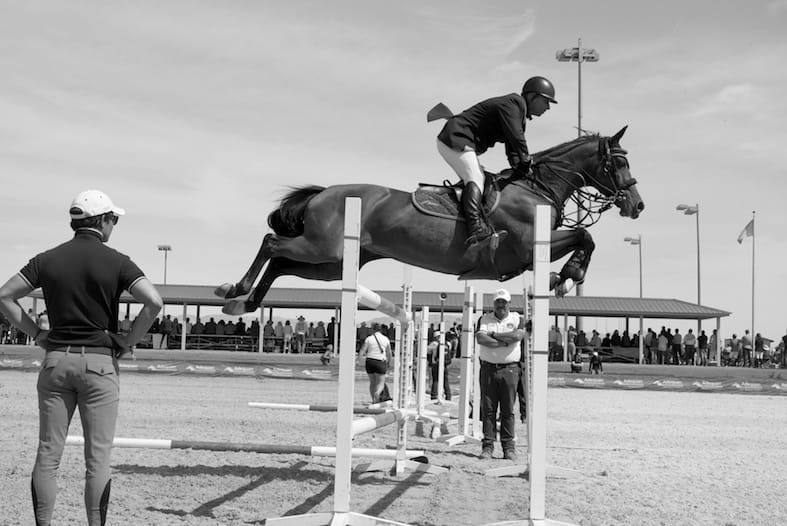 The HITS Coachella Desert Circuit, a nine-week equestrian show jumping competition with about $3 million in prize money on the line, comes to a close March 17, and two things are certain: Ann Thornton, an accomplished jumper, is exhausted from being at the stables from sunup to sundown five days a week since mid-January. And her husband, Jay, has amassed a library of images from photographing the action, beauty, and characters buzzing around the HITS Desert Horse Park in Thermal.

“I love animals and the interesting people there,” says Jay, a financial planner and wealth adviser in Palm Desert by day and “serious hobby” photographer in his off hours. When he snaps into photographer mode, he finds that people make the most compelling subjects. “I try to photograph them without them knowing. The trick is to get as close as you can to catch that person’s spirit. Once they sense you’re there, you lose that moment. I capture them as I see them, lost in their own world.” 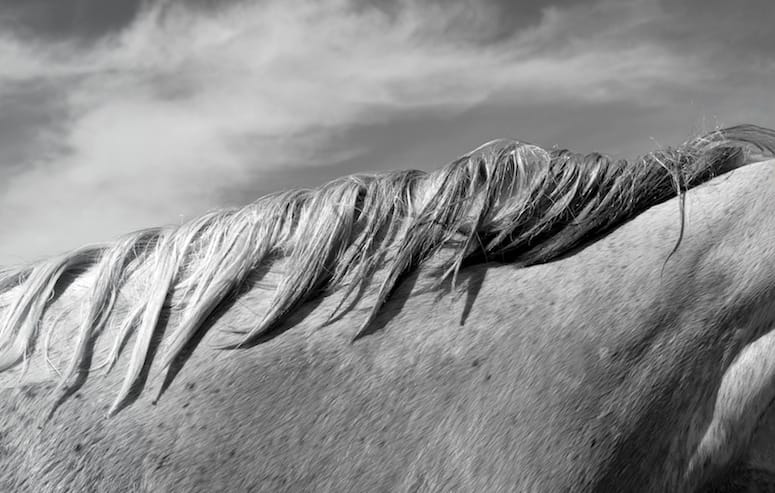 The graphic quality of the mane and clouds drew Jay to this view. 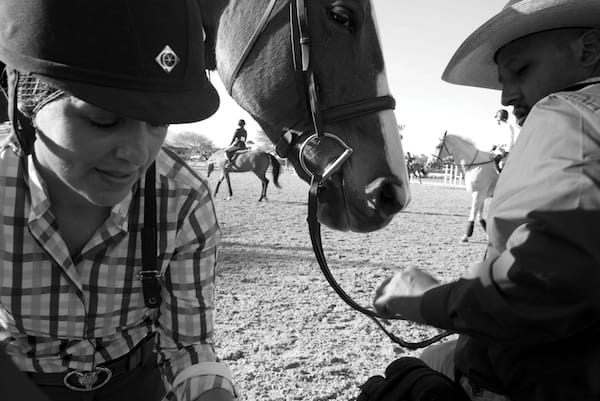 “I like to get close to my subjects prior to them reacting to the camera,” Jay says.

At the show jumping event, Ann sometimes shuts down Jay’s attempts to photograph the horses. While he’s interested in a specific moment, she’s a perfectionist, intent on the ears looking a certain way.

“I look for something quirky,” he says “Maybe it’s the light or a certain shadow, something that will not happen again. I want to see something that holds my interest, makes you wonder about who’s in the photograph. The people [at the horse park] are from different walks of life: the people who take care of the horses, the trainers, people who probably have a billion dollars, and the people who come to watch.

“A lot of people look intense [before the competition],” he intones. “The riders are nervous, the trainers are nervous. I try to capture that. I remember taking a photo of a bunch of people after they came out of the show, and they had to check the animal. They were just doing their jobs and standing around, while the horse looked majestic.”

“The trick is to get as close as you can
to catch that person’s spirit. Once they sense you’re there,
you lose that moment.
I capture them as I see them, lost in their own world.” 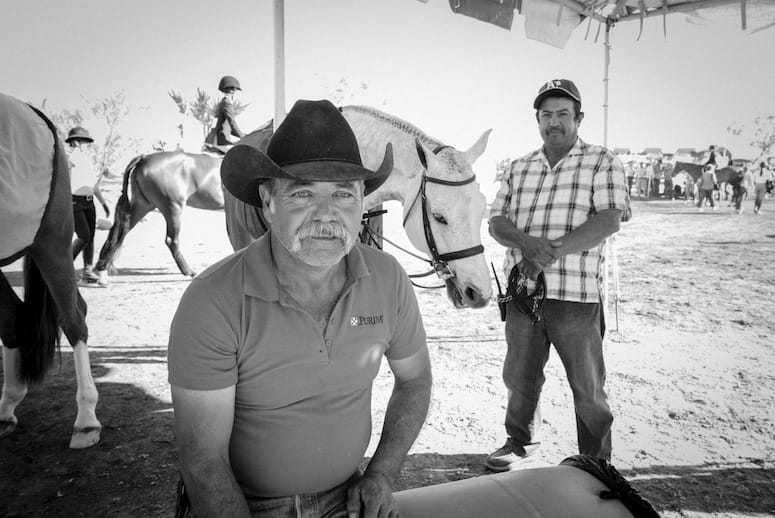 “The grooms work so hard all day,” Jay says. “They are a fun group and quick to tease if I take too many photographs. I need to be quick.” 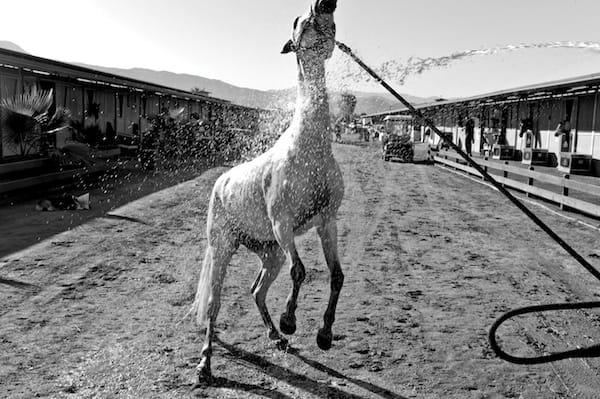 “Most parents will recognize this as a typical 6-year-old having a bath,” Jay says.

Jay’s interest in photography traces to his college days, when he was keen on pursuing it professionally, but he burned out and then dropped out. About eight years ago he walked into a camera shop, picked up a Leica Rangefinder, and started anew. “I’m not a great photographer,” he says. “I like to [edit] down a shoot to five to eight photographs that tell the story of that day, or at least what I saw that day.”

When Palm Springs Life spoke to him, Jay was shooting street scenes in Belgium, where he had traveled for his other passion: cyclocross, a mostly off-road type of bike racing. He says he’ll shoot next at the Coachella Valley Music and Arts Festival as well as at his favorite spots in downtown Indio, Slab City, and Joshua Tree.