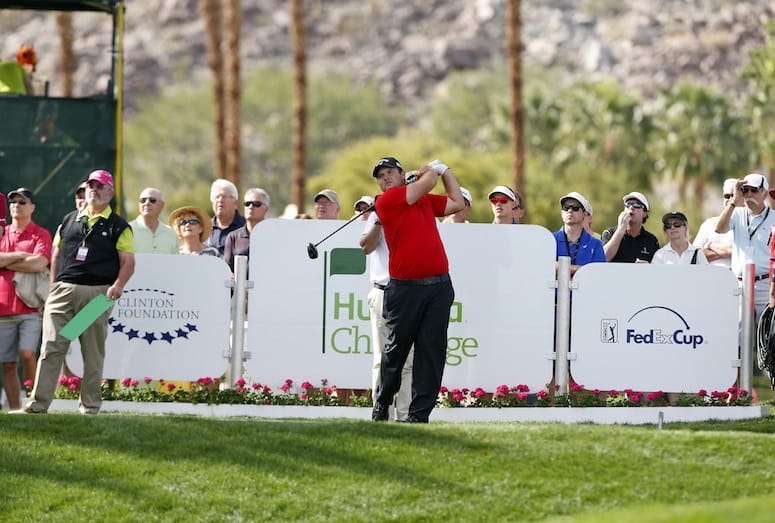 The first of the Coachella Valley's two greatest annual golf weeks (the ANA Inspiration being the other) is upon us with the 56th playing of the Humana Challenge in partnership with the Clinton Foundation.

Running Thursday through Sunday at PGA West's Nicklaus and Palmer Private Courses and at La Quinta Country Club, a host of the world's best will grace the desert sands in what should be a tourney to remember.

This will be my fourth year covering the Humana, and I predict it to be the best one I've seen to-date. Here are my others: You're probably saying, 'Who?' Exactly. But the Hope/Humana has seen its host of first-time tour winners over the years, and the 32-year-old Stuard may just well fit the bill for the next in line. In 87 career starts, Stuard has authored a solid 18 top-25 finishes. Even better: He's trending in the desert with a Top-10 finish here in 2013 followed by a solo fifth place effort last year. Photo courtesy of the Humana Challenge

Don’t look for Phil Mickelson to make a run at his third win in the desert.

Sure, an unpopular choice to flop, but akin to my friend and colleague Matt McKay: I don't see Mickelson in the top 10, especially making his 2015 debut following a year in which lefty crafted just a lone top-10 in 21 starts. Instead of contending, the two-time Hope champ (2002, 2004) will use the event for prep and tweak for the season to be, especially with a pair of "home games" on his immediate horizon: first at the Waste Management Open in Phoenix and then the Farmers Insurance Open in San Diego. Zach Johnson has been flirting with the winner's circle at Humana.

Yeah, most golf fans know that he's the Iowa dude who won the Masters back in 2007. But the ardent are aware that Johnson has found tour victories 11 times – tied for ninth among active players. Johnson has claimed at least one win in seven of the past eight years. At the Humana? He's been seriously flirting with the winner's circle, with a third place finish last year preceded by a tie for 23rd in '13 and a tie for eighth in '12. Patrick Reed started 2015 with a win at the Hyundai Tournament of Champions.

Yup, I'm calling for the first Hope/Humana title defense since the great Johnny Miller in 1975-76, in what will be a two-hole playoff under a setting sun. Reed's two-shot Humana win over Ryan Palmer last year paced a season that saw the up-and-comer find another victory less than two months' later (WBC Cadillac Championship) before serving as the best American player on the losing Ryder Cup team in September. Reed got 2015 underway with a win at the Hyundai Tournament of Champions and is ranked 14th in the world. He's got the game, the confidence, the experience and he's hot again.